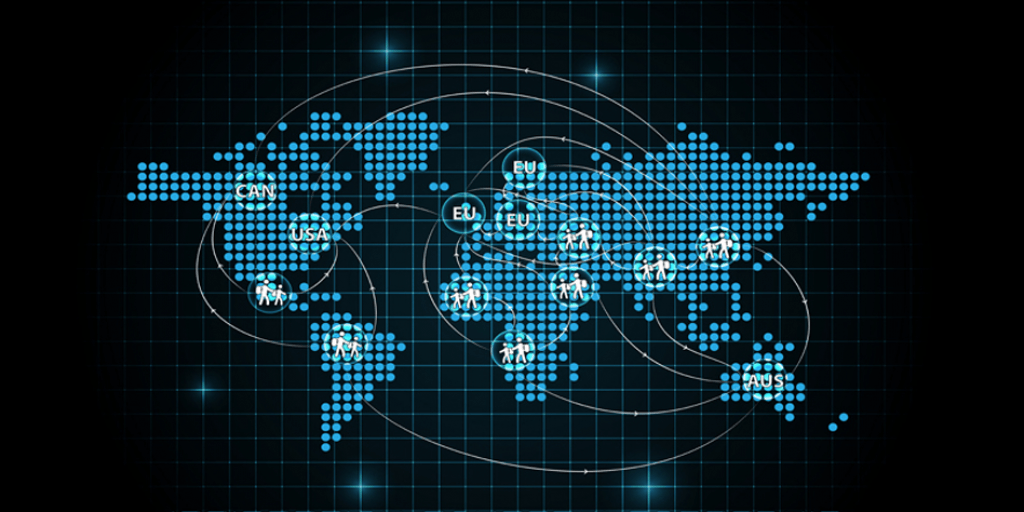 Extraterrestrial invaders coming to Earth is a common theme of movies, television programs, science fiction books and video games. However, a real “alien invasion” has been taking place. Europe, the United Kingdom and the United States of America are seeing a virtual explosion in immigrant population as millions of human aliens swarm into Western nations. Why? And what will be the consequences?

Perimeter fences offer little resistance to the continual onslaught of immigrants pouring across national borders, whether in Europe or America. News reports describe the humanitarian crisis. Others describe certain ports as “war zones” as determined immigrants have become increasingly hostile to those resisting their entrance. Some have called for the French military to control the Calais migrant crisis at the entrance to the Eurotunnel, which leads to the United Kingdom. While some want more open borders, others want more border control.

Millions of legal immigrants obtain visas for legal entry every year, but far more are entering outside of the normal immigration process. Those with visas, “green cards” or other immigration documents often add to the commercial economies of the nations they enter. But the costs of providing public assistance, housing and medical and other social services to others come at a tremendous cost and are a drain on the economies of the host nations overall. Many alien children and their parents need language and remedial education classes, which have a significant impact on education budgets.

The effect of immigration on the political landscape has not escaped the attention of those running for public office, as evidenced by the messages and political platforms catering to concerns of immigrants turned voters. Immigrants are affecting a huge shift in the demographics of host nations in terms of culture, language, race and religion.

There is also an impact on crime. Criminal immigrants bring drugs, prostitution and gang violence across the border. Thousands of alien criminals have been booked into city and county jails for homicides, sexual assaults and other crimes. Some are calling the increase an illegal alien crime wave. Gangs such as the Salvadorian gang, Mara Salvatrucha, also known as MS-13, engage in violent and organized crime activities. They recruit heavily from the newly arrived immigrant population.

How do you feel about aliens in your country? The Bible gives a number of instructions regarding the “alien among you.” For instance, aliens were not to be “abhorred” (Deuteronomy 23:7), mistreated or oppressed (Exodus 22:21 and 23:9, Deuteronomy 24:14, Zechariah 7:10). They were not to be exploited, and those who turned them away God would judge (Malachi 3:5). The gleanings of the harvest were to be left for the poor and the stranger (Leviticus 19:10). And God said that the stranger was to be loved just as one born in the nation (Leviticus 19:34).

However, the alien was expected to abide by the same law as the native-born (Exodus 12:49, Leviticus 24:22 and Numbers 15:15–16). The stranger was to suffer the same consequences for infractions of the law as one born in the land (Leviticus 24:16).

But there is no nation on earth that lives by the laws of God, or even attempts to. In fact, quite the opposite, even in nations that until recently have been called “Christian nations.” Today, every effort seems to be made to remove God from the classroom, the public square and out of the lives of the citizenry.

While mankind pushes God out and ignores His laws, ancient prophecies are being fulfilled before our very eyes. God is beginning to intervene directly in world affairs. Read our booklets, Prophecy Fulfilled: God's Hand in World Affairs and Fourteen Signs Announcing Christ's Return.