Are You Thankful? | Tomorrow's World 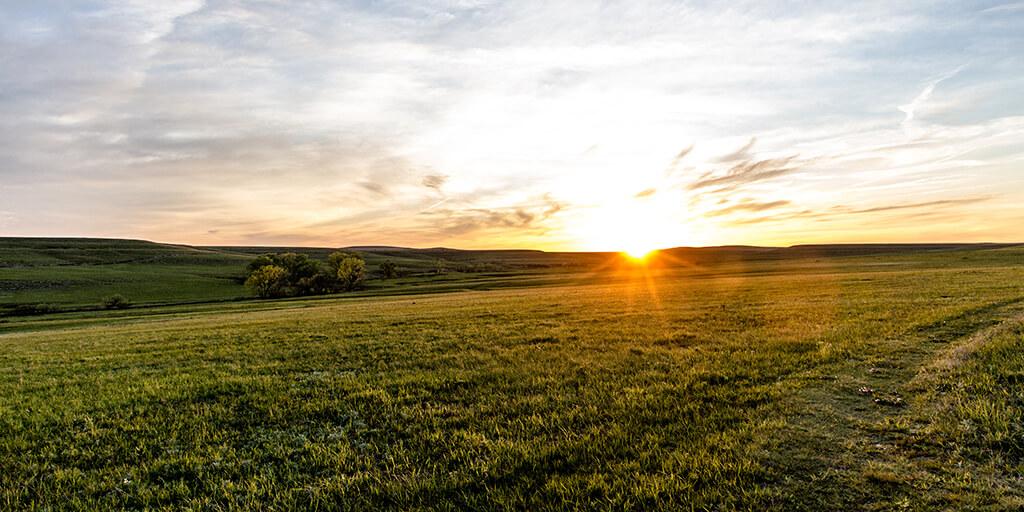 As millions across the United States prepare to gather around their tables for Thanksgiving Day feasts on this upcoming fourth Thursday in November, we should take a moment to consider the blessings we have received—and the source of those blessings!

Younger Americans may not even remember the years when it seemed that the nation’s prosperity and power would last forever. Speaking to the U.S. Congress shortly after World War II, British Prime Minister Winston Churchill said, “The Americans… have become today the greatest state and power in the world” (October 28, 1947). America was not just one of the two world super-powers; it was the one admired as a bastion of religious and personal freedoms. Lavish American spending helped war-ravaged Europe and Japan recover from terrible devastation, and it seemed to many that America was an inexhaustible source of wealth. Within a quarter-century after the end of World War II, American ingenuity took men to the moon and created a society of push-button convenience that automated many tasks that for centuries required exhausting physical labor.

Today, however, high-paying jobs that once fueled American prosperity have been outsourced to overseas manufacturers. America is now the world’s largest debtor nation, with a debt in excess of $21 trillion and growing—more than $65,000 for each American man, woman, and child. Furthermore, behaviors that were once condemned as sin are now celebrated in popular culture, as “family planning” now often means the murder of pre-born babies. In 1984, there were 364 abortions in the United States for each 1,000 live births, and while the number of abortions has declined since 1990 there are still more than a half-million abortions in the U.S. each year. In 2015, more than a quarter-million married same-sex couples in the U.S. filed an income tax return—a little less than half a percent of all filers.

Fifty-seven years ago, Senator James Fulbright observed that America was beginning to lose its direction. He warned, “Bigger cars, bigger parking lots, bigger corporate structures, bigger farms, bigger drug stores, bigger supermarkets, bigger motion-picture screens. The tangible and the functional expand, while the intangible and the beautiful shrink. Left to wither is the national purpose… The national dialogue is gradually being lost in a froth of misleading self-congratulation and cliché. National needs and interests are slowly being submerged by the national preoccupation with the irrelevant.”

How true those words ring today! What is the alternative? Proclaiming a National Fast Day for April 30, 1863, Lincoln stated, “It is the duty of nations, as well as of men, to own their dependence upon the overruling power of God… and to recognize the sublime truth, announced in the Holy Scriptures and proven by all history, that those nations only are blessed whose God is the Lord.”

We need to understand that nations can experience true blessings when they obey the Truth of the Bible. Jesus said, “You shall know the truth, and the truth shall make you free” (John 8:32). Referring to the Creator of all nations, Jesus prayed, “Your word is truth” (John 17:17). What is that truth? The Bible tells of a future time when the whole world will celebrate a kind of biblical Thanksgiving—called the Feast of Tabernacles. All nations will go up to Jerusalem to celebrate the Feast of Tabernacles under the King of kings and Lord of lords, Jesus Christ! Scripture describes a future world at peace under the rulership of the Messiah—a world He will begin to establish when He returns to Jerusalem, the future world capital. “And in that day His feet will stand on the Mount of Olives, which faces Jerusalem on the east” (Zechariah 14:4). And who will rule the earth after Jesus’ return? “And the Lord shall be King over all the earth. In that day it shall be—‘The Lord is one,’ and His name one” (v. 9).

May we all be filled with thanksgiving—thankful for God’s will and for the love of God and Jesus Christ. As the Apostle Paul wrote in 1 Corinthians 15:57, “But thanks be to God, who gives us the victory through our Lord Jesus Christ.” To help deepen your thankfulness, watch our Tomorrow’s World telecast “Thanksgiving and Our National Purpose,” and read our article “Are We a Thankful Nation?”