The Fantasy of Winning the Lottery | Tomorrow's World 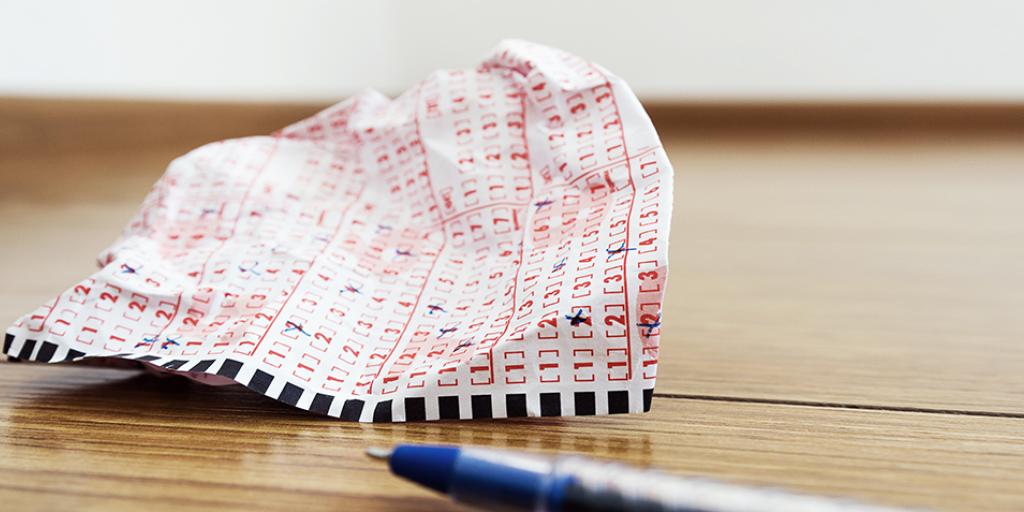 The Fantasy of Winning the Lottery

I suppose most people have entertained the fantasy of winning the lottery. How about you? What would you do with all of that sudden wealth?

Even children daydream about finding buried treasure, perhaps inspired by a book or a movie such as Treasure Island, or another of the many with that theme.

What would most people do with their newfound lottery wealth? Many people say they would quit their job, buy a beautiful home (or several), buy luxury cars, travel and see the world, pay off all of their debts, pay for their children’s or grandchildren’s college education, etc. Then, some say they would give to churches or charities for noble causes.

The Mega Lottery, as an example, recently had a grand prize that rose to nearly $1.6 billion. The odds of matching all of the numbers drawn are one in 302+ million. Those are extremely poor odds. For the millions who bought a ticket and hoped to win, sadly, it was a fantasy for all but the one winning ticket holder.

Some wrestle with a moral dilemma about whether it is right to buy a lottery ticket, or to think about becoming suddenly rich. The Bible offers this advice: “Now godliness with contentment is great gain. For we brought nothing into this world, and it is certain we can carry nothing out. And having food and clothing, with these we shall be content. But those who desire to be rich fall into temptation and a snare, and into many foolish and harmful lusts which drown men in destruction and perdition. For the love of money is a root of all kinds of evil, for which some have strayed from the faith in their greediness, and pierced themselves through with many sorrows” (1 Timothy 6:6–10).

I have seen a couple of television programs showing what happens to some lottery winners. Some squander their instant fortunes with reckless abandon. Some go broke; “down and out,” after a very short time. Some have trouble dealing with the onslaught of people, including family and friends, who want to “share” in the winner’s great windfall. Squabbles, breakups, divorce, and other troubles seem to be a hidden penalty for some lottery winners.

Another interesting scripture is found in Proverbs 13:11. “Wealth gained hastily will dwindle, but whoever gathers little by little will increase it” (English Standard Version). Or, in the Common English Bible: “Riches gotten quickly will dwindle, but those who acquire them gradually become wealthy.”

The Bible warns about being greedy. “So are the ways of everyone who is greedy for gain; it takes away the life of its owners” (Proverbs 1:19). This should be a warning to thieves, whether perpetrators of sophisticated computer scams, telephone frauds, or simple embezzlers, pickpockets, shoplifters, and robbers.

The mentality of the thief is greediness and getting something for nothing by taking from others. The Bible’s advice to a thief: “Let the thief no longer steal, but rather let him labor, doing honest work with his own hands, so that he may have something to share with anyone in need” (Ephesians 4:28, English Standard Version).

Another problem with greediness is that no matter how much one gets, they aren’t satisfied—they want more. “Whoever loves money never has enough; whoever loves wealth is never satisfied with their income. This too is meaningless” (Ecclesiastes 5:10, New International Version UK).

The Bible has so much good advice about how to live a happy life. For more on this topic, read the following Tomorrow’s World articles: “Greed!” and “A World of Greed!” Also check out our booklet The Bible: Fact or Fiction? to learn how the Bible is relevant for today.