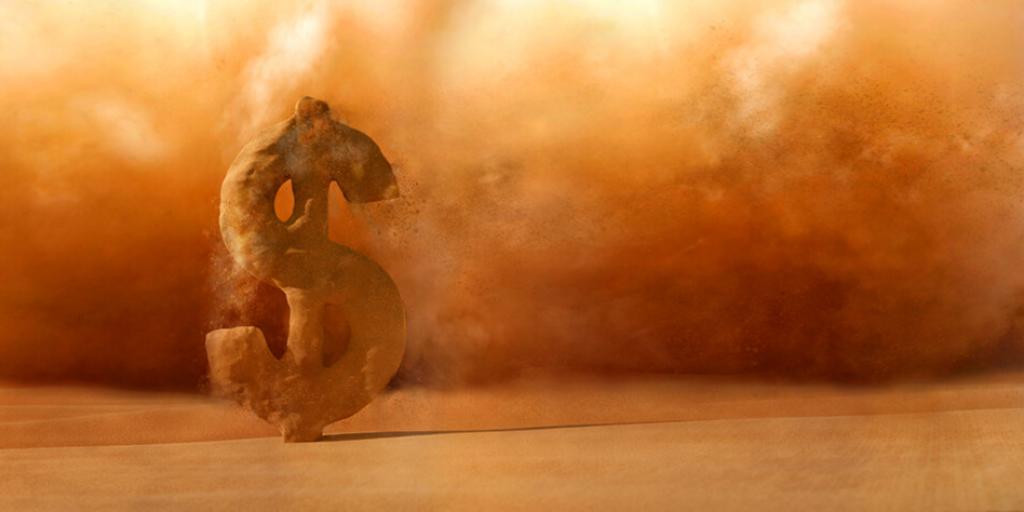 Ten years have passed since the 2008 financial crisis, and most Americans are now pleased with the direction of their nation’s economy. Unemployment is down and the stock market is up! Most news outlets are primarily concerned not with arguing about the strength of the economy, but with making sure that their party or president gets credit for it. They excel at claiming good headlines as feathers in the caps of either former President Barack Obama or sitting President Donald Trump, but fail to ask harder, more relevant questions.

Needless to say, none of them ever stop to consider whether a strong economy has any downsides. And why would they? People have jobs, they have money—all must be right! However, those who believe that the Bible is the inspired word of God have cause for concern. The Bible relates righteousness to neither wealth nor poverty. In fact, it warns that both ends of the economic spectrum carry inherent dangers (Proverbs 30:7–9).

Wealth and prosperity do not inevitably cause people to become sinful and godless, but the Bible points out one grave potential danger that wealthy individuals and nations can fall into: temptation to forget God. Such individuals may increasingly take credit for their prosperity, rather than looking to the Creator God who provided it to them.

Deuteronomy 8 thoroughly warns about the temptation God knew the Ancient Israelites would face as they entered the Promised Land and received His blessings. In vv. 11–17, God says through Moses:

"Beware that you do not forget the Lord your God by not keeping His commandments, His judgments, and His statutes which I command you today, lest—when you have eaten and are full, and have built beautiful houses and dwell in them; and when your herds and your flocks multiply, and your silver and your gold are multiplied, and all that you have is multiplied; when your heart is lifted up, and you forget the Lord your God who brought you out of the land of Egypt, from the house of bondage; who led you through that great and terrible wilderness… then you say in your heart, 'My power and the might of my hand have gained me this wealth.'"

Prophesying about the end times, Jesus Christ warned that they would not be preceded by economic instability. Instead, He pointed to the times of Lot and Noah for comparison. The prosperous societies that existed before the worldwide flood and in Sodom and Gomorrah were focused on economic success: buying, selling, planting, and building. They had plenty of food and an “abundance of idleness” (Luke 17:27; Ezekiel 16:49–50)! Their thriving economies had caused them to forget God so completely that they rebelled against all semblance of godliness.

And this is precisely where we see the United States today. Despite the nation’s material wealth, its spiritual state would probably best be described as bankrupt. Yet most Americans are more than willing to ignore their own spiritual states as individuals (some while bemoaning the nation’s spiritual failings) because they have satisfied their physical needs. Food is still on the table, so they feel no need to repent of any sins. Some probably even feel that America’s healthy economy must indicate its good standing with God! They reason that since they are enjoying blessings, they must have earned those blessings through their own righteousness, and therefore need not worry so long as the economy is stable!

Yet this tragic line of reasoning further prepares the U.S. for collapse! Jesus warned that the end times will be like a snare that surprises people—especially those who think that everything is going fine (Luke 21:34–36)! We cannot allow an economic boom to cause us to think that America is in good standing with its Creator. A quick glance through headlines reveals that America openly celebrates a variety of sins, including sexual immorality, pagan worship, and greed! Many of these sins are allowed, at least in part, because they move money and help the economy.

America is facing the end times of which the Holy Bible prophesies. We are facing those days because of the sins that we have multiplied and celebrated over the years. America’s economy is not a good indicator of God’s approval, and can even be used as a false idol when some try to equate prosperity with righteousness. We who take the Bible seriously should take stock of our spiritual state, nationally and especially individually, rather than making false assumptions regarding what a strong economy means for our nation.