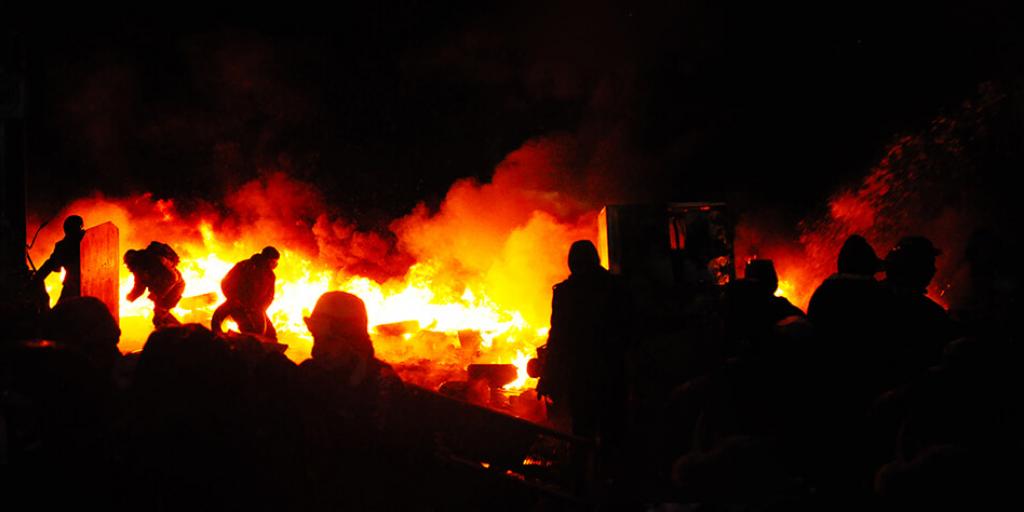 Outraged protestors carrying “BLM” signs have filled the streets of many large cities in the United States following the death, at the hands of a white policeman, of a black man who resisted arrest. What should have been a routine apprehension of a suspect resulted in the man's violent death, which a bystander captured in a stunning video.

The incident quickly became the top story on the 24 hours news cycle. As this shocking case unfolded, anarchists and agitators, ever alert for an exploitable incident, seized upon this horrendous event, and soon America was burning. While peaceful demonstrations continued, others engaged in civil unrest with rioting, vandalism, and looting. Now, weeks later, several cities are still in the throes of a crisis, with ongoing destruction and defacing of public and private property. As the melee continues, some people have been murdered and many have been injured, including police officers.

The demonstrations attract many people of different races all asserting grievances, real or imagined. Police departments in many cities stay on the sidelines as destructive behavior plays out right in front of them. The scope of the unrest includes a broad list demanding redress of racial prejudice and civil wrongs going back for generations.

We are not without moral guidelines and standards of conduct—if one knows where to look. The Apostle Paul addressed these issues in his day. In the city of Athens, speaking of The Creator God, he said, “He gives to all life, breath, and all things. And He has made from one blood every nation of men to dwell on the face of the earth” (Acts 17:25–26). Racism and all forms of hatred are sin.

In explaining to the Church in Galatia that spiritually we are all equal, Paul wrote, “For you are all sons of God through faith in Jesus Christ…. There is neither Jew nor Greek, there is neither slave nor free, there is neither male nor female; for you are all one in Christ Jesus.” What was his instruction to those who lived in the diverse Roman society in his day? “If it is possible, as much as depends on you, live peaceably with all men. Beloved, do not avenge yourselves, but rather give place to wrath; for it is written, ‘Vengeance is Mine, I will repay,’ says the Lord” (Romans 12:18–19).

Peter, who was known to have a temper, gave this instruction: “Honor all people. Love the brotherhood. Fear God. Honor the king” (1 Peter 2:17).

So, as controversy rages and cities burn, the question remains, “What really matters?” Paul gave the young Evangelist Timothy this instruction. “Therefore I exhort first of all that supplications, prayers, intercessions and giving of thanks be made for all men, for kings and all who are in authority, that we may lead a quiet and peaceable life in all godliness and reverence. For this is good and acceptable in the sight of God our Savior, who desires all men to be saved and to come to the knowledge of the truth” (1 Timothy 2:1–4).

The answer is clearly that all people matter and have a part in God’s plan for mankind. While we try to do our part to establish racial harmony in this age, and we are to reject the sin of racism, we are absolutely certain to have peace and harmony in the glorious Kingdom of God that will be established at the return of Jesus Christ.

The Good News about Jesus Christ’s Second Coming and the Kingdom of God is the message proclaimed around the world by the Living Church of God, the sponsor of the Tomorrow’s World television program and magazine. Learn more by visiting either of the sites linked in this description!