Britain After Boris: What Lies Ahead? | Tomorrow's World
Tweet

Britain After Boris: What Lies Ahead?

In the United Kingdom and around the world, honest politics is the reigning oxymoron of our day. Will there ever come a time when we can place complete trust in our national leaders?

On July 7, the United Kingdom’s Prime Minister, Boris Johnson, was forced to resign as leader of the UK Conservative Party. From an 80-seat landslide victory at the 2019 general election, the fortunes of the Conservative Party progressively waned under Johnson’s leadership. The Prime Minister’s reputation increasingly was one of dishonesty, and he was accused of “lacking ‘integrity, competence, and vision’” (“Boris Johnson resigns: 5 things that led to the PM’s downfall,” BBC, July 7, 2022). Some complained that his administration lacked coherence, focus, and ideas. And latterly, perhaps most importantly, it lost important by-elections. Mr. Johnson was no longer seen as a vote winner—he had to go.

What does the departure of Boris Johnson, champion of Brexit, mean for Britain? How is Britain to solve its problems in a world increasingly beset by threats of viral lockdowns, runaway inflation, sky-rocketing energy prices, and chronic food shortages? What spiritual lessons can each one of us learn about the all-too-common tendency toward being dishonest and misrepresenting the truth?

Of several intertwined reasons for the Tory dissatisfaction with Johnson’s leadership, the final straw focused on telling the truth about two controversial issues Johnson was responsible for. The first was a series of parties and social gatherings, now collectively called “Partygate,” held in the gardens at Ten Downing Street, the Prime Minister’s London office and residence. They took place during periods of COVID lockdown, when all such gatherings were banned and attracted hefty fines.

The second issue, which came to light on July 4, concerned a Member of Parliament whom Johnson had appointed as one of the party whips, despite knowing about charges of sexual misconduct against him. On both occasions, Mr. Johnson was widely seen to have been “economical with the truth,” though his defenders argued that there were far more important matters to consider. In plain language, Johnson was criticised by fellow MPs, party members, and the public for not being forthright with the truth and for his personal hypocrisy—he had lied, so out he went.

Columnist Rafael Behr analysed these deficiencies of the Prime Minister’s character in a hard-hitting article asking what will happen to Brexit now that Johnson has departed. He pointed out that Johnson “was sacked from his first job in journalism for fabricating a quote and from his first frontbench job in Michael Howard’s Shadow Cabinet for false denials of marital infidelity.” A former Tory minister put it more strongly, saying that Mr. Johnson “lies to his wife, he lies to his employers, he lies to his colleagues, he lies to Parliament… He knows a hundred different ways to lie” (“Brexit After Boris,” Prospect Magazine, July 15, 2022). Behr predicts that Brexit will be watered down by the next administration now that Johnson has departed.

But Johnson’s character deficiencies are not uncommon in a profession that is fraught with compromise, half-truths, and corruption. What about the integrity of Brexit itself? More than anyone, Johnson was the champion of Brexit who succeeded in leading Britain out of the European Union, insisting that Britain would be better off outside the EU, rather than trapped within it. The reality, however, has turned out to be very complicated, partly because of COVID-19.

When the viral pandemic exploded onto the world scene, attempts to combat it brought the world economy to a shuddering halt. The policy lockdowns made it hard to assess the economic impact of leaving the EU. In truth, was Brexit a good thing for Britain or a bad thing? The Organisation for Economic Cooperation and Development (OECD) recently forecast that UK growth in 2023 will be virtually stagnant (“Low economic growth is a slow-burning crisis for Britain,” The Economist, June 9, 2022). Weak exports, declining business investment following Brexit, and an inflation rate of 9.4 percent and rising cause The Economist to conclude, “Economic decline has become a chronic British Disease.”

Were Johnson’s Brexit hopes honest and rooted in reality, or inflated and exaggerated? The Northern Ireland Protocol is a case in point. Johnson triumphantly led the UK out of the EU, but knowingly left Northern Ireland still subject to EU laws—goods could freely move from Northern Ireland to mainland Britain, but not vice versa. Johnson blustered that this was not a serious problem and signed up to the Brexit agreement whilst wrongly denying that there would be checks on goods crossing between Northern Ireland and Great Britain. Efforts to disentangle the UK continue, but those efforts involve a willingness to break international law, as they entail reneging on agreements to which the UK has already committed.

We could, of course, extend this discussion about honesty in public policy onto the world stage. It is hardly just a problem for British politics—all nations are increasingly affected. Public policy is dominated by organizations and “think tanks” that believe they know how the world should be run, and most major media outlets act as little more than propaganda peddlers. Climate change policy, pandemic vaccine mandates and lockdowns, gender confusion among children—on every major topic, there is more concern with suppressing competing narratives than actively searching for and reporting truth. Honest government seems more unlikely than ever. What lies ahead would appear to be even more lies.

Look carefully and you will see that many policies are supported by what could be called “post-normal science,” where the science has been corrupted and is tailored to support the pre-decided policy objectives, propped up by a real or perceived sense of the need for urgent action. These politically driven initiatives are massively impacting modern life and turning the existing world order upside down. The UK electorate has become progressively more awake to these realities, and this has contributed to an atmosphere of scepticism and disillusionment toward government leadership. It is no great surprise that in less than three years the Conservative Party fell in popularity to where it is today, fearing the Labour Party’s return to power at the next election. Will the next government continue with such lies and disinformation, or will it stand up and tell the truth?

A World of Lies?

God tells us in the Bible that we live in Satan’s world (John 12:31; 14:30; 16:11) and that he is the father of lies (John 8:44). We should not be surprised, therefore, that his world is dominated by lies in almost every aspect of life. True Christians, however, strive to never lie. Telling the truth is a foremost aspect of God’s character that He expects His followers to make their own.

What about you? Do you examine your beliefs and ask God to lead you to the truth (1 Thessalonians 5:21)? God tells us that His inspired word is truth (John 17:17). The Christian is honour-bound by God to stand up for the truth and not lie, understanding that there will be no liars in the Kingdom of God (Revelation 21:7–8). Instead, God is looking for those who will worship in spirit and truth (John 4:24) and who will one day truly lead this world under the authority of Jesus Christ, setting His highest example of perfect honesty. For details about that soon-coming world order, request a free copy of The World Ahead: What Will It Be Like? or read it online at TomorrowsWorld.org. 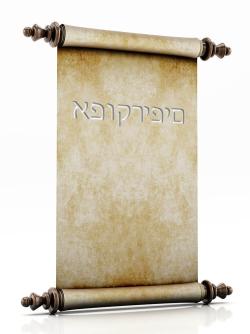 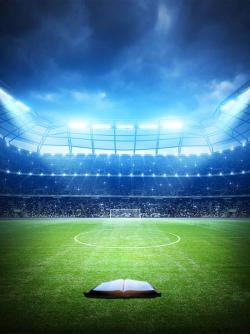