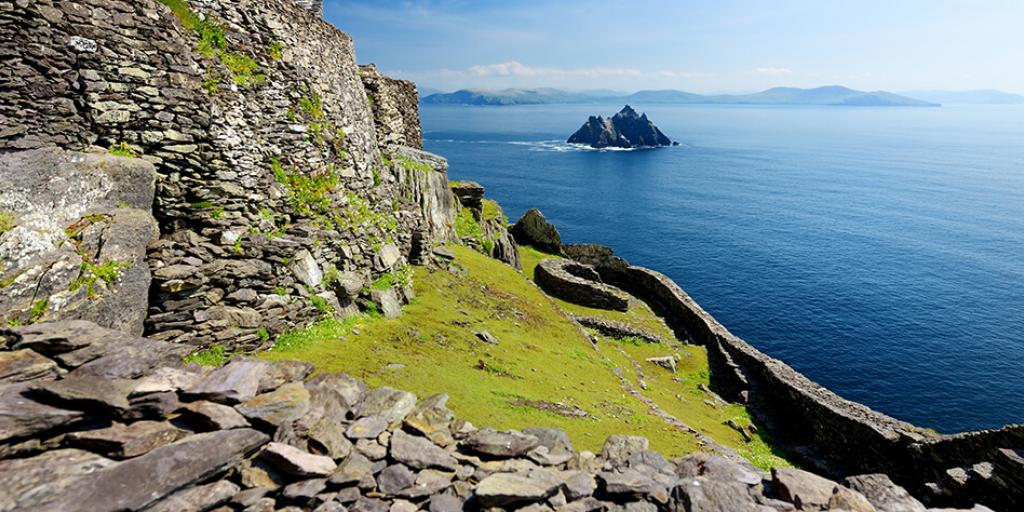 St. Patrick’s Day is celebrated with green—green clothing, green food, green hair and even green beer. But there is so much more behind the history of Christianity in Ireland—history that shows Patrick, the English-born fifth-century missionary, to be a “Johnny Come Lately” at best.

Celebrated since the ninth and tenth centuries by Irish people throughout Europe, St. Patrick’s Day was made an official Roman Catholic feast day in the early seventeenth century. However, many today do not realize that the story of Christianity in Ireland precedes Saint Patrick by centuries. Saint Patrick may have had no idea who his ancient ancestors were, nor from where they came. But the celebration on March 17 in his honor, marking his supposed date of death, would not necessarily have been cause for celebration to true Christians already living in Ireland when Patrick arrived—many of whom were descended from his own ancestors!

Nevertheless, history credits Patrick with bringing a form of professing Christianity to Ireland, where his missionary efforts brought an end to long-held Irish traditions. He encountered bonfires honoring Irish gods, and adapted them for Easter celebrations. He took a powerful Irish symbol representing the sun and superimposed it onto a cross, creating the “Celtic cross.” He is said to have used the shamrock to explain the Trinity, thus making the plant a symbol of the Irish ever since. None of these developments, by the way, are representative of the original doctrines of Jesus Christ and the apostles.

Many would be surprised to learn that historical sources document the Apostle James visiting Ireland centuries before Saint Patrick, preaching and teaching the true gospel as he was taught by his elder half-brother, Jesus of Nazareth. Other historical sources confirm that, along with James, the Apostles Simon Zelotes, Simon Peter, Paul and others brought the original Christianity of Jesus Christ to Europe’s western isles in the first century—roughly 400 years before Patrick.

Yet the history of Israelites in the British Isles does not begin there, either. Centuries before the apostles came, the tribes of Israel and Judah were carried into captivity by the Assyrians and then by the Babylonian Empire. Interestingly, there are no records of the Israelite captives returning en masse to the Promised Land. They are widely known today as the “Lost Ten Tribes,” and many assume they simply disappeared from the historical record.

In fact, however, historical texts and archaeological findings reveal that at least some of these same Israelites resettled in a land south of the Caucasus Mountains, between the Black Sea and Caspian Sea. Eventually they migrated north, heading through the gorges of the Caucasus Mountains, into Crimea on the northern shores of the Black Sea. Their route out of Asia and into Europe apparently followed the route of the modern Georgian highway.

Late nineteenth-century Celtic language scholar John Rhys argued that the Celts and the Scythians came from this same area and migrated westward to Europe’s coast. Rhys believed that the names Iberia for Spain and Hibernia for Ireland were connected to a variation of “Hebrew.” Hebrew was the language of the Israelites who were conquered and resettled by the Assyrians—some of the same Israelites who would eventually settle in northwestern Europe and the British Isles.

It is noteworthy that, even in our modern era, Winston Churchill was aware of the idea of ancient Israel as a heritage common to the peoples of Britain and America. But how much did Patrick know about that ancient heritage, and his connection to the peoples whom he was trying to convert—not just pagan non-Christians, but also some who held to a Christian faith more ancient than Patrick’s?

This is of more than mere historical interest. The truth about the “Lost Ten Tribes” of Israel is a key that unlocks much of Bible prophecy, which in turn opens up our understanding of world events—even today’s headline news—which cannot be gained any other way.

To learn more about the Lost Ten Tribes of Israel and gain understanding about the geopolitical climate of today and the imminent future, order our booklet The United States and Great Britain in Prophecy. As with all of our material there is never any cost or obligation. Order today! Also don't forget to watch the telecast, "The Apostles' Amazing Journeys" for more insights.