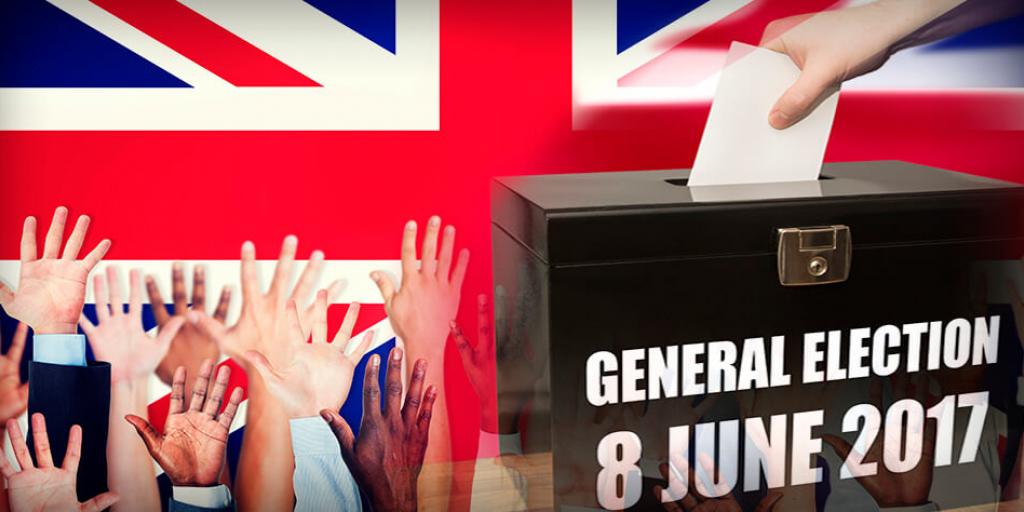 Theresa May, the British Prime Minister, surprised almost everyone on Tuesday, April 18 by announcing her intention to call a UK general election on June 8 this year. This came about, despite May repeatedly saying she would not go to the country until 2020, as mandated by statute. The next day, Parliament declared itself overwhelmingly in favor of a June election (522/13 votes).

Why has Mrs. May called an election now, and what impact will this have on the imminent Brexit negotiations? The confluence of several powerful factors made calling an election now almost irresistible.

Since the last general election in 2015, the Conservatives have only had a small overall majority at Westminster. Consequently, as things now stand, there is plenty of scope for mischief-making during the Brexit negotiations, as groups of “remainers” from all parties attempt to frustrate or even reverse the process.

One of the arguments often thrown at Mrs. May is that she has never faced an election; she was appointed after David Cameron resigned and therefore is lacking the electorate’s authority and mandate. She would love to strengthen that authority, particularly when it comes to negotiating with the EU from the maximum position of strength, without being undercut by opposition back home.

Another significant factor relates to the timing of a 2020 election. The run-up to such an election would coincide with the final stages of EU negotiations, a time when distractions could prove costly. Better to hold an election earlier, before negotiations begin.

And then there is the not insignificant problem of the Scottish Nationalists, whose sole purpose in life seems to be one of seeing Scotland become independent. Mrs. May has already said “no” (as is her constitutional right) to another Scottish referendum, and she would prefer to wait until the shape of Brexit negotiations becomes clearer before dealing with the issue. An election now might well change the political landscape in her favor.

And then there is the perhaps surprising reaction of the EU itself (as reported by the BBC); they would actually prefer to see a UK Prime Minister who is strong and stable, not weak or vacillating due to naysayers back in Britain.

Currently, the UK economy is buoyant, unemployment is low, and the prospect of a Conservative victory with a healthy majority has seen the pound strengthen against other currencies. In addition, the International Monetary Fund (IMF), which had forecast a Brexit meltdown in the economy, has recently raised their forecast of UK growth next year for the second time in three months. They now expect the UK to grow more than any other G7 economy except the US. This suggests a good time to call an election, before less rosy signs appear over the horizon.

And finally, there is the chaotic state of the main UK opposition party, Labour, under its left-wing socialist leader, Jeremy Corbyn. Analysis by Britain’s leading pollster, Professor John Curtice of Strathclyde University in Scotland, suggests that the Conservatives would win a potential 100-seat majority in a snap election. This would spell a calamitous collapse in Labour’s fortunes.

All the propitious signs thus point to holding an election now, with a strong Conservative victory being most likely. And clearly, the “golden rule” of calling elections must surely be when one is most likely to win!

The election nonetheless will be a high stakes gamble that Mrs. May hopes will see her leadership endorsed and strengthened at a time when such strength is critical for the success of Brexit. But, elections have a disturbing propensity of delivering surprise verdicts. So which will it be? As Philip Johnston, the Daily Telegraph columnist asked, is this “an astonishing act of courage” by the normally cautious Prime Minister, or will it be seen as an act of “hubris?” We won’t have to wait long to find out.

We at Tomorrow’s World constantly strive to see things from God’s perspective and from the viewpoint of biblical prophecy. So, which way will God allow things to go? Keep watching this website for the latest on this subject, and check out “Brexit: A Messy Divorce?” in the current edition of the Tomorrow’s World magazine for more about the way ahead.