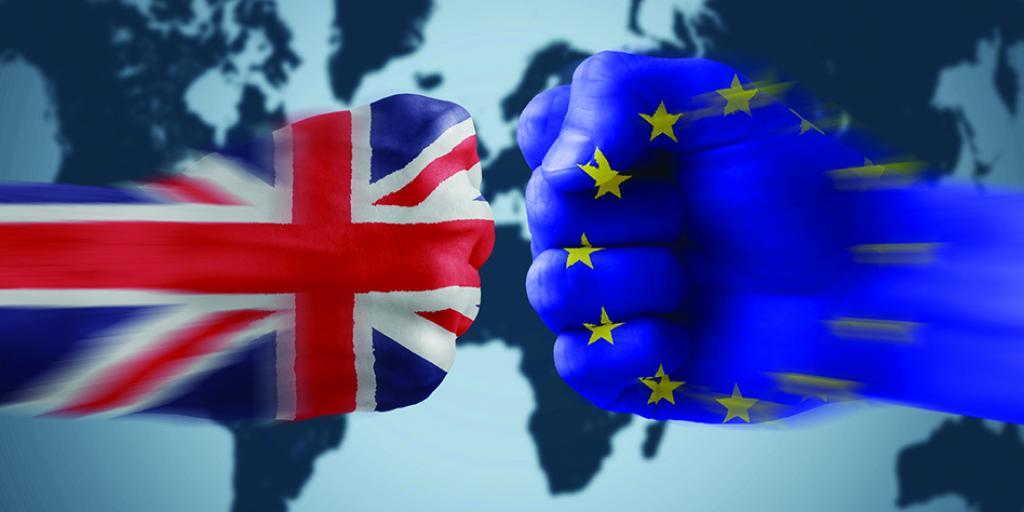 Forty years ago, on 5 June 1975, UK voters went to the polls in Britain’s first-ever national referendum. The aim was to resolve the preeminent question of the day: should Britain remain in the European Economic Community (EEC) it had joined two years earlier? UK voters will face another referendum before the end of 2017 on the same issue: should the UK remain a part of the EEC’s successor, the European Union (EU)?

Why does Britain’s place in Europe so dominate UK politics?

The answer has to do with why Britain became a part of the EEC (also called The Common Market), in the first place. Back in January 1973, when UK Prime Minister Edward Heath took Britain into the EEC, the British economy was in a disastrous state. Industrial relations were dire and there were fears of a UK economic collapse. Entry into the Common Market was supposed to be about British recovery, about trade and economics. Any political dimension to the European Project was denied. But, when this was proved false, Britons progressively felt betrayed, and controversy festered.

In 1975, the new Labour government under Harold Wilson offered a national referendum to resolve the issue. The country voted in favor of remaining part of the EEC, but it did not end the controversy.

So what are the issues at stake? Since the EU came close to meltdown in 2010, a fundamentally new and more centralized EU has been emerging under the increasingly dominant leadership of Germany. However, the EU is seen by many as overly bureaucratic and, at its heart, fundamentally un-democratic, with an ethos unfit for today’s globalized, highly competitive economies. It is simply not working effectively for all—witness the agonies of Greece and other indebted southern EU countries. In addition, free movement across internal EU borders, not to mention external immigration into the EU are unacceptable in their present form for Britain, as is the open-ended state financial support that such immigration engenders.

Many commentators see the issue as a matter of vision. What sort of country should Britain be? What role does it see for itself on the world stage? Does it want to remain Great Britain, an independent power with a global reach projecting its values and institutions to all? Or is it happy to become “Little Britain,” a bit-part player in a European behemoth that seeks to rival and exceed the power of the United States?

The stage is set for a fascinating period in EU and British history. It is quite possible that Britain may exit the EU altogether, but based on current trends it is also possible that the EU will make substantial moves towards becoming a federal super-state with a tight, inner core of nations and an outer core of those who prefer a looser arrangement—including Britain.

The Book of Revelation predicts that in the end time there will be a supreme crisis in which a union of ten nations (or kings) will arise in the area of Rome’s historic influence: in other words, Europe (see Revelation 17:7–14). This powerful union, described as the “beast,” will unite to fight Christ at His return.

Biblical predictions also talk about a time of exceptional trouble for the descendants of ancient Israel—modern day America and Britain—at the end time (Jeremiah 30:3–11). This begs the question of whether these two end time prophecies are linked and whether Britain will become, or remain, part of this coming “beast” power. If not—and it seems highly unlikely—major changes are destined to take place in Britain’s future and that of the EU—changes that are already beginning to take place before our very eyes!

To learn more about this and what is likely to happen, keep reading this website and tune in regularly to our Tomorrow’s World telecast. Also be sure to order the free booklet, The Beast of Revelation: Myth, Metaphor, or Soon-Coming Reality? today. It will help you understand modern events like no other source.