Russia is misunderstood by many. There are forces as work within one of the largest countries in the world that will shape end-time events and the rise of the Beast of Revelation. What might lie ahead for Russia in Bible Prophecy?

In 1991, the world was shocked when the Union of Soviet Socialist Republics simply dissolved, allowing its member states to become independent nations. Three decades later, is Russia itself coming apart?

Some observers see signs that the remaining Russian Federation is headed for a split—and that it will come sooner rather than later. When it does, they fear, it will have world-shattering consequences.

What Was the Soviet Union?

To understand what is happening in Eastern Europe today, we must understand at least some Russian and European history from the last century. In 1922, the former Soviet Union was formed in the wake of the assassination of Russian Czar Nicholas II in 1918, as Vladimir Lenin’s Bolsheviks established a new nation, the Union of Soviet Socialist Republics (USSR)—a one-party communist state. After Lenin’s death, Joseph Stalin ruthlessly continued the Soviet Union’s development as a totalitarian socialist police state, overseeing substantial industrial and military development. Millions were killed in Stalin’s political purges, famines, and gulags.

After Nazi Germany invaded the USSR in June 1941, violating a non-aggression pact signed in August 1939, Stalin’s forces fought Germany alongside the Allies for the remainder of World War II. As the German army collapsed, the Soviets occupied Eastern Europe, while the Allies occupied Western Europe. The Allies withdrew their forces and allowed free elections across Western Europe, but Soviet-occupied nations were either absorbed into the USSR or incorporated into a Russian-dominated alliance called the Warsaw Pact. A metaphorical “Iron Curtain” divided the free nations of Western Europe from the communist nations of Eastern Europe, and eventually a physical wall separated much of East Germany from West Germany, as well as other areas of Eastern and Western Europe. Decades later, with the collapse of the USSR and the Warsaw Pact, many of the former Soviet republics and Eastern European nations have sought to ally with the West, and some have joined the North Atlantic Treaty Organization (NATO).

What Is the Russian Federation?

After the breakup of the Soviet Union, what was left of it was reconstituted as the Russian Federation, commonly called “Russia” today. It consists of 85 constituent units in several districts. Although smaller than the old Soviet Union, the Russian Federation still has the largest land area of any nation, and its 6,000-mile length encompasses eleven time zones. It is almost twice as large as Canada.

Most of the Earth’s seven continents are largely separate geographically. Antarctica and Australia are island continents, North America and South America are separated by a narrow isthmus, and Africa touches Asia only at its northeastern edge in Egypt. Yet although we call Europe and Asia separate continents, they are one landmass, with no ocean separating them. So, what divides Europe and Asia physically? Why do the French and Germans identify as Europeans and the Siberians identify as living in Asia? The answer is of great importance geopolitically.

The German Roman Catholic cardinal Joseph Ratzinger, later to become Pope Benedict XVI, famously asked the question, “Europe—what is it exactly?” His answer? “Europe is not a continent that can be contemplated neatly in geographical terms: rather, it is a cultural and historical concept.” He explained that the very idea of Europe arises from its spiritual roots in mainstream Christianity, but as a physical boundary he pointed to the Ural mountain chain as Europe’s border with Asia (Europe Today and Tomorrow, pp. 11, 18).

If that mountain chain known as the Urals divides Europe from Asia, we must notice that it also divides Russia. Running generally north to south, the Russian area west of the Urals has historically related more to Europe and is often called “European Russia.” The Russian Czars ruled their empire from there, and Russian aristocrats often intermarried with their European counterparts. Moscow is west of the Urals and is located in European Russia. To the east, Russian regions such as Siberia are regarded as part of Asia. It is not just Benedict who regards the Urals as the eastern border of the continent of Europe.

As a result, the Urals are a geopolitical fault line within the Russian Federation—and a deep rift is forming there.

There is a growing concern that the Russian Federation, like the Soviet Union, could fragment, with dangerous and destabilizing consequences. Politicians and commentators in Western Europe, Eastern Europe, and Russia are increasingly expressing this view, although it is not often heard in North American media.

Andrey Kortunov, Director General of the Russia International Affairs Council in Moscow, recently wrote that “the real collapse of the USSR is only taking place today, literally in front of our eyes, and the states that have emerged in the post-Soviet space have yet to go through all the challenges, risks, and pains of imperial disintegration…. It seems that in the eyes of the leadership in the Kremlin, a West-oriented Ukraine collaborating closely with NATO presented a formidable challenge not only to Russia’s security interests, but even to Russia’s existence” (Internationale Politik Quarterly, March 31, 2022).

As far back as 2011, Russian President Vladimir Putin acknowledged the danger of a breakup of the Russian Federation. At a government commission for the development of the North Caucasian Federal District in Gudermes, he warned of what would happen if the Caucasus sought to leave the Russian Federation: “If this happens, immediately, at the same second—not even an hour, but a second—there will be those who want to do the same with other territorial entities of Russia…. And this will be a tragedy that will affect every citizen of Russia without exception” (RG.ru, December 20, 2011).

Scholar Michael Rubin wrote in an op-ed earlier this year, “A question for Ukrainians and the international community will be how to handle post-Putin Russia” (AEI, February 27, 2022). And he is not the only U.S. expert foreseeing the breakup of Russia. Writing for The Hill, Alexander J. Motyl, professor of political science at Rutgers University-Newark, wrote the following:

It’s 1991 again and, now as then, Western policymakers and analysts are terrified of confronting the two big “what if” questions raised by Russian President Vladimir Putin’s calamitous war with Ukraine: What if the Russian Federation is following in the Soviet Union’s footsteps and is on the verge of collapse?… And the sooner the West starts thinking about what a Russian collapse will look like, the better—not because there is much we can do to stop it, but because it will have earth-shattering consequences for the world…. If the Russian Federation falls apart, it will be due to the strains and weaknesses inherent in the system, the inability of Putin to keep its parts together and its elites happy, and the catastrophic impact on Russia of his idiotic decision to invade Ukraine with an army that was unprepared for such an adventure…. The Russian Federation could metamorphose into 10 or more states, only one of which would be known as Russia. That would change the face of Eurasia forever…. All the West can, and must, do is prepare for a probable outcome: the disappearance of Russia as we know it (May 13, 2022).

None of this is news to President Putin. One can wonder if his attack on Ukraine may be less a warning to NATO than a warning to the various regions of the restless Russian Federation. The breakup of the nation we know as Russia may not be peaceful.

The Forces at Work

Analysts cite various forces working to divide the Russian Federation. Within the old Soviet Union, there was the binding principle of communism in a totalitarian state. But with the collapse of the Soviet state, along with the failure of the socialist economy and the subsequent rejection of the accompanying ideology, Russia has the challenge of determining and maintaining whatever cohesive factors remain to keep the diverse regions together. Analysts note that there are divisive stresses pulling the Federation apart. They include the local nationalism of the individual regions, the increase in power of elites in these regions, increased economic inequality, governmental corruption, and European Russia’s perceived exploitation of the Asian regions.

The war in Ukraine and the resulting sanctions against Russia have intensified the divisive stresses. But one more factor, which politicians and statesmen often fail to notice, is the religious tie between Europe and European Russia west of the Ural Mountains divide. The historic spiritual ties of Roman Catholicism and Eastern Orthodoxy are rooted in a former unity, an identity underlying the very concept of Europe.

Putin, a former KGB official, has not forgotten that Pope John Paul II, in his nine visits to Poland, reminded its people of a power higher than the atheistic Communist regime. Soon after the pope famously called Eastern and Western Europe “the two lungs of Europe,” the Soviet Union and Warsaw Pact disbanded. Pope Benedict XVI echoed his predecessor’s imagery when he exclaimed, “Let us again let Europe breathe with both lungs” (Catholic News Agency, May 21, 2010). Putin knows the Vatican’s view that Europe extends to the Urals. Will “the two lungs of Europe” suddenly take a deep breath? Many influential religious figures hope so.

Could those deep and ancient cultural and religious roots work to unite European Russia politically with the rest of Europe? European Russia would add a large military force to Western Europe, including a massive nuclear capability. Most of Russia’s nuclear weapons, both tactical and intercontinental, are located in European Russia. A bolstered new European superstate would immediately become a dominant world power—militarily, politically, and economically. It would no longer need NATO or the U.S. nuclear umbrella—and could even be an adversary to the U.S.

The Ten Kings of Biblical Prophecy

Could this scenario become a reality in the near future? Tomorrow’s World readers know that this magazine has long explained the biblical prophecies regarding ten kings or nations that will unite into one powerful European superstate in the last days of this age. This final revival of the so-called Holy Roman Empire will have eastern and western legs, just as God said through the prophet Daniel (Daniel 2:31–44; 7).

This world-dominating power will be led by a ruthless, charismatic individual supported by a powerful religious figure who will perform miracles. Together, they will captivate world attention and acquire great power for a short time prior to Jesus Christ’s return. As these final days draw closer, you need to know their details! To learn more, request a free copy of The Beast of Revelation: Myth, Metaphor, or Soon-Coming Reality? from one of the regional addresses on page 4 of this issue, or read it online at TomorrowsWorld.org. 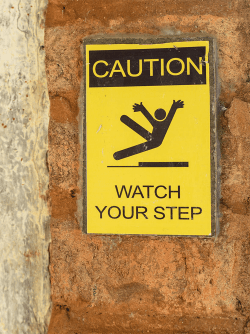 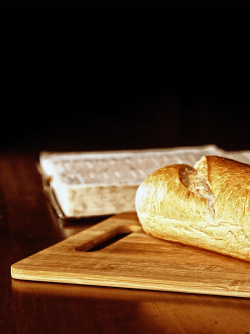 Your Bible Is a Diet Book, Too! 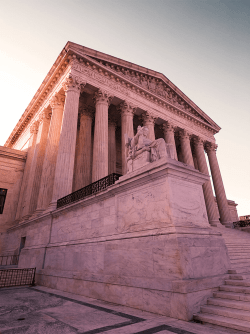