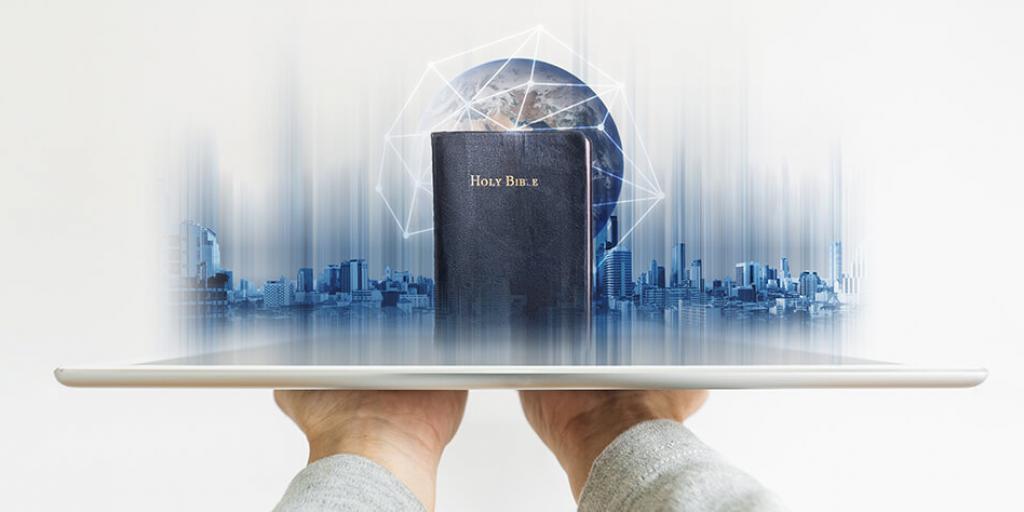 The United States' economy has rebounded and is firing on all cylinders. The country is at full employment and labor shortages loom in many industries. Retail sales are strong and interest rates remain quite low. Inflation, always a concern, is modest and does not seem threatening at this juncture. The Federal tax cuts introduced in 2018 are beginning to be felt with increased wages, business expansion, and healthy returns for stockholders.

These facts and figures dominate the daily news as people pursue their various livelihoods or enterprises.

This emphasis on the economy is not new. In fact, Calvin Coolidge (1872–1933), the 30th president of the United States, stated in a speech to the American Society of Newspaper Editors in Washington, D.C. in 1925 that “the business of America is business.” The system of free enterprise in the United States of America is an engine for such activity in normal times. More recently, a well-known slogan during the campaigns of President Bill Clinton was “It’s the economy stupid!”—meaning that is what voters care most about as they try to improve their financial position and standing.

If the business of America is business, what is the “business” of the Christian church? Often, the religious channels on cable and satellite television feature ministers hawking a gospel of prosperity, using short spiritual messages punctuated with multiple pleas for financial support. Sometimes an item is offered for sale, while at other times there is a tug at one’s heartstrings to support some cause, mission, or pet project. Frequently, it seems that these television personalities have opulent and extravagant personal lifestyles with all the trappings of wealth one would expect of Hollywood millionaires, all courtesy of their religious following.

But what will the true Church that Jesus built be doing? The Bible gives clear instructions. Even as a child at age twelve, Jesus told His parents, “Did you not know that I must be about My Father’s business?” (Luke 2:49). Later, after His resurrection, as He was wrapping up His earthly ministry, Jesus gave the disciples a wonderful, awe-inspiring commission when He said, “Go therefore and make disciples of all the nations, baptizing them in the name of the Father and of the Son and of the Holy Spirit,teaching them to observe all things that I have commanded you; and lo, I am with you always, even to the end of the age” (Matthew 28:19–20). In another conversation, again after His resurrection, Jesus had breakfast with seven of His disciples on the seashore after they had fished all night. He used this learning moment to instruct Peter, commanding him: “Feed My lambs" and "Tend My sheep"—which was clearly a reference to those who would become a part of the Church. You can read the inspiring account in John 21:15–17.

One additional aspect of the Gospel message that was to be preached to all the world involves a time of great trouble or tribulation that will come upon the whole world. The prophet Daniel wrote this about it: “And there shall be a time of trouble, such as never was since there was a nation, even to that time” (Daniel 12:1). Knowing such times of great trouble were coming, Jesus prophesied, “And this gospel of the kingdom will be preached in all the world as a witness [or warning] to all the nations, and then the end will come” (Matthew 24:14).

So, there you have it. The business of the Church that Jesus Christ built is to spread the Good News of the Kingdom of God to be set up on this earth, to spiritually feed and care for the members of the Church, and to give a warning message about the difficult times to come upon the earth before He returns in power and glory.

How is this message of the Kingdom of God to be disseminated? Jesus made it plain: “Freely you have received, freely give” (Matthew 10:8). The Apostle Paul echoed this sentiment when he said “What is my reward then? That when I preach the gospel, I may present the gospel of Christ without charge” (1 Corinthians 9:18).

Proverbs 23:23 tells us also, “Buy the truth, and do not sell it, also wisdom and instruction and understanding.”

In the Tomorrow’s World television programs, there is never an appeal for money. The magazine, booklets, Bible Study Course, DVDs, and the entire multitude of informative items we produce are made available without charge at all. Of course, it takes money to provide these quality study materials and educational programs. The money to do this Work comes from the members of the Living Church of God and from co-workers and donors who voluntarily choose to support the Work of God in these end times.

It is our sincere hope that the materials and compelling message of the coming Kingdom of God will be beneficial to our many subscribers and readers. You can access all our materials online or in print here at Tomorrow’s World.