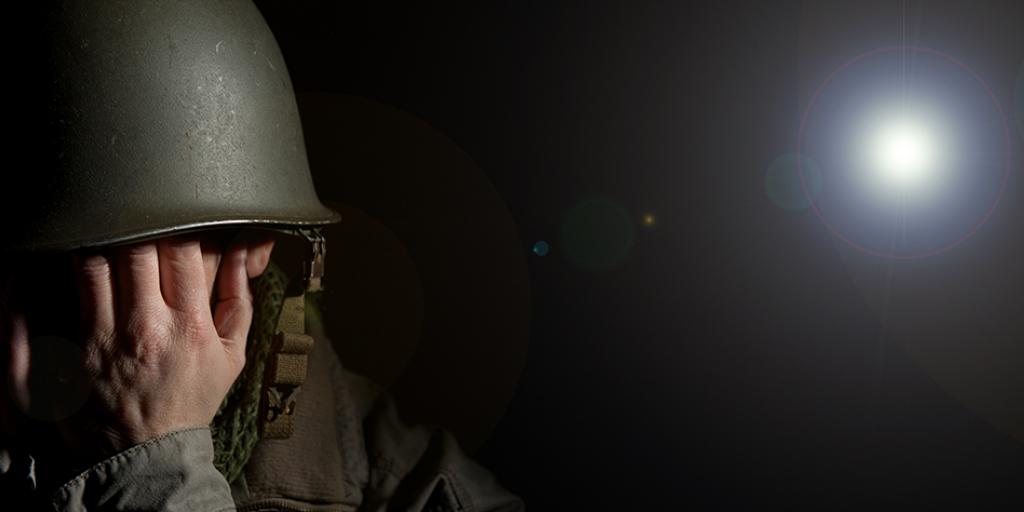 Can a Christian be a “warrior for God”—that is, in the literal sense of fighting in the militaries of this world—and still obey Jesus Christ? Is there such a thing as a militant soldier for Christ, or an entire army of such soldiers? Or, are true Christians in this age called to fight in a different way?

In 1865, William and Christine Booth founded a religious organization that established an elaborate military structure to govern their church as a so-called “Christian Army.” An outgrowth of Methodism, the Booths’ “Salvation Army” does not take up guns and other implements of violent war, thought it accepts the premise that its members and other Christians may rightly “see it as their duty to participate in military service.”

With differing degrees of nationalism and fervor, various denominations of professing Christianity have over the centuries put forward many arguments justifying military service as a duty or responsibility, which attempt to reconcile breaking God’s laws (1 John 3:4)—in this case the sixth commandment (Exodus 20:13).

Some argue that since God “put civil authorities in place,” any service rendered to them—in particular volunteer or draft conscription—can be interpreted as obeying the Apostle Paul’s instructions to be “subject to governing authorities” (Romans 13:1). But not only does this argument ignore the context of Paul’s instructions (who, ironically, admonished Christians to obey lawful authority—which should naturally encourage Christians to live peaceably and abstain from armed rebellion and war) but they also contradict other equally important scriptures.

Christ’s plain instruction was that Christians should seek to do good—even to their enemies—and not seek retaliation or vengeance (Matthew 5:43–48). Furthermore, His instruction equating attitudes of hatred and resentment with murder (vv. 21–26) is totally at odds with every known instance of human warfare, where enemies are invariably demonized or condemned in some way—not to mention the anger that arises once a soldier sees comrades killed in battle.

Though Paul gave a striking analogy comparing Christians to soldiers, he did not endorse Christians joining the armies of this world! “You therefore must endure hardship as a good soldier of Jesus Christ. No one engaged in warfare entangles himself with the affairs of this life, that he may please him who enlisted him as a soldier” (2 Timothy 2:3­–5). Ironically, the faithful “soldier for Christ” must not displease his Savior by becoming entangled in the war, strife and nationalistic disputes so common in this age, which arise so plainly from mankind’s sinful mistakes (James 4:1–4).

Christ Himself provided the direct inspiration of this principle through His own personal example, wherein He submitted to the very governing authorities who sought to kill Him, without resorting to violence. He told Peter directly: “Put your sword in its place, for all who take the sword will perish by the sword. Or do you think that I cannot now pray to My Father, and He will provide Me with more than twelve legions of angels?” (Matthew 26:52–53). Even after His arrest, before He was sentenced to death, Christ gave this astonishing testimony to Pontius Pilate: “My kingdom is not of this world. If My kingdom were of this world, My servants would fight… but now My kingdom is not from here” (John 18:36). Christ had legions of angels at His command—but it was not yet their time to fight.

Indeed, no human army—“Salvation” or “National” or otherwise—can save this present world. Even mankind’s best-intentioned military efforts are doomed from the start, because the world itself is under the sway of the Evil One and his wrong thinking, wrong action and wrong government—i.e. because of sin and its author (1 John 5:19). Our world labors under a false system (Revelation 12:9; Revelation 14:8) that no human soldiers and armies can overcome.

But that system and its evil author will be replaced, and it is the duty of true Christians now to overcome self, Satan and the world—to prepare themselves, physically and spiritually, for Christ’s return.

You can learn more. Order the free booklet, Your Ultimate Destiny, today, and read the Tomorrow’s World article, “The Necessity of War?”