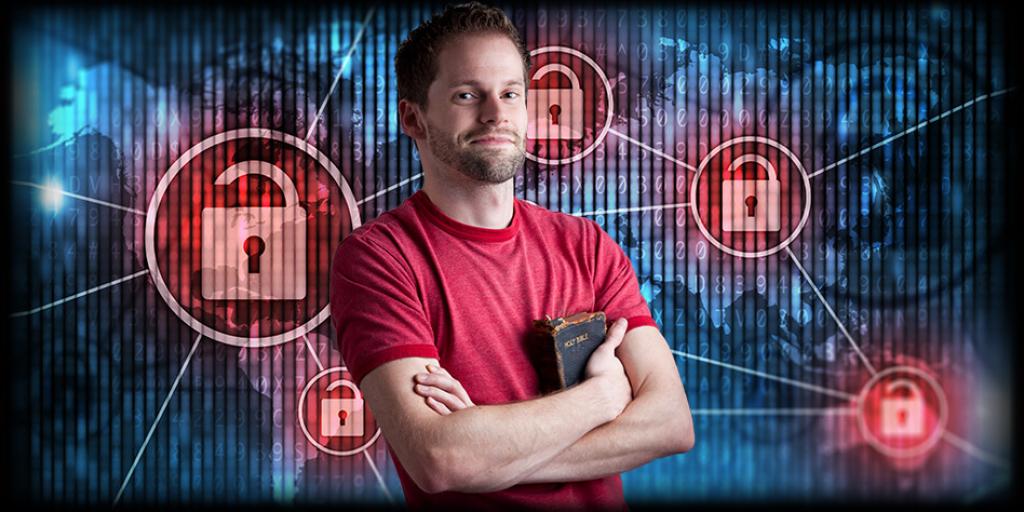 Cyber Crime: Is Nothing Secure?

The latest ransomware attack, called Wannacry, is said to be the largest in history. But every day, thousands of attempts are made to hack into government, business, and individual computer systems to spy and to steal data. Is nothing secure anymore?

Computers are wonderful things when rightly used. Computers power our banking, commerce, communication, defense, intelligence, transportation, and entertainment. Today’s world would stop dead in its tracks if all computer devices ceased working. We might observe that some people cannot seem to walk or drive without the aid of their smart phone!

But like other inventions, in the hands of people intent on doing evil, computers are used for criminal purposes, like stealing music, movies, intellectual property, passwords, and personal identity data, including credit card and bank account information. Phishing, spamming, spoofing, blackmail threats, and operation of illegal businesses like drug trafficking, gambling, child pornography, and prostitution are all conducted with computers.

Computer hackers steal top secret government and corporate data. Some illegally obtained data is sold and sometimes held for ransom. Stolen individual information is used to empty accounts or purchase goods with others’ credit. Stolen social media information may be posted for revenge or to bully someone. All of these are examples of cybercrimes: criminal activities carried out by means of computers and the Internet.

Ransomware scams have increased in the last few years. The latest Wannacry ransomware attack has brought the subject into news headlines again. Ransomware is software, surreptitiously infecting, encrypting, and locking computer systems and data, and then demanding ransom for it. It is a form of extortion.

Even high-level government officials are not immune to such invasions of privacy. Stolen documents or recordings of private conversations are leaked by unnamed sources to the press for the purposes of attacking, belittling, maligning, and scandalizing political opponents.

The Bible prophesied that “in the last days perilous times [times of stress] will come” (2 Timothy 3:1). It describes some of these stressors as men being “lovers of money,” unloving, slanderers, brutal, and treacherous (vv. 2–4). Computer crimes cause much stress to the victims. Those who perpetrate such crimes while sitting safely behind a computer screen may not fully comprehend—or simply don’t care about—the devastating impact on the lives of the recipients of their evil actions. The Wannacry ransomware attack hit hospitals, forcing them to cancel planned operations, putting patients at grave risk. Other victims lost the use of their own computers and data, and suffered business losses. All were at the mercy of those perpetrating the crime.

Theft is a crime and a sin against God’s commandment, “You shall not steal.” It causes harm to other people, and is against one of God’s two summary rules for mankind to live by: that of “loving our neighbor.” Those committing computer crimes are stealing what belongs to others. They may think they are safe and concealed when committing their crimes, but their sin will “find them out” (Numbers 32:23). As Jesus said: “For there is nothing hidden which will not be revealed, nor has anything been kept secret but that it should come to light” (Mark 4:22).

Those who want to destroy others by using their computer to dig up evil on other people should reconsider. Proverbs 16:27 says, “An ungodly man digs up evil, and it is on his lips like a burning fire.” Elsewhere, we read, “Cursed is the one who attacks his neighbor secretly” (Deuteronomy 27:24). And consider: “Whoever secretly slanders his neighbor, him I will destroy” (Psalm 101:5).

Cyber spying. Cyber crime. Computer hacking. Stolen data. Extortion. All of these are sins for which mankind will give account to Jesus Christ, the soon-coming Judge of all the earth.

We invite you to access the magazine, booklets, and programs available on the Tomorrow’s World website discussing the many human problems facing our world today, and the resolutions coming in the world of tomorrow.