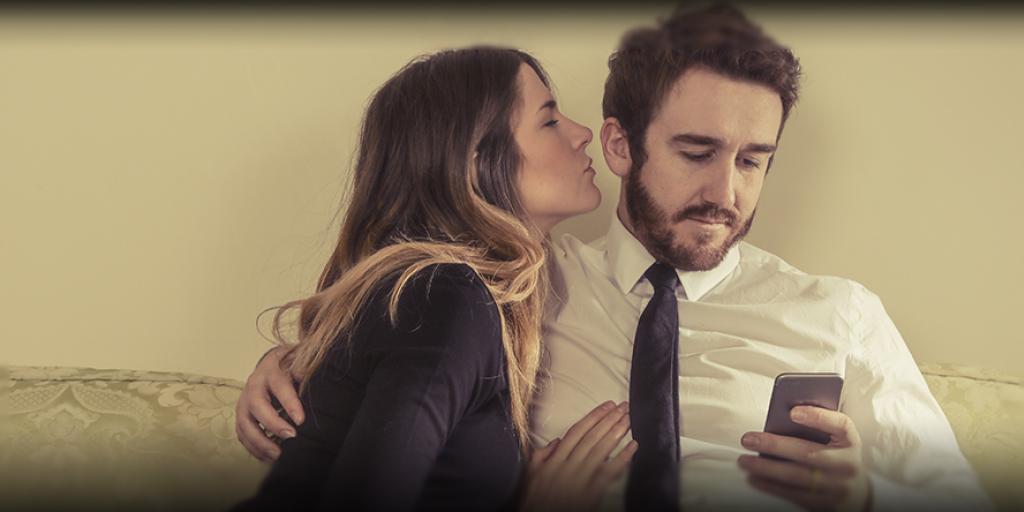 Society today seems inundated with visual images of human sexuality. You see it everywhere: ads in the newspaper, scenes on television and in movies, magazines, the Internet, and on the street—people wearing tight or skimpy clothing that screams, "Look at me!" It all encourages roving eyes and roving minds. Is all this perfectly harmless, or does it have a potentially harmful impact if left unchecked?

Christ stated in Mathew 5:28: "But I say to you that whoever looks at a woman to lust for her has already committed adultery with her in his heart."

Some might say: "So what's the harm? It doesn't hurt anybody. It is only in the mind." Many women would even say: "Women don't have that problem; it's a man's problem." And yet many women become steeped in romance novels, magazine articles, and soap operas filled with implied or even explicit sex scenes.

Most men and women in society today would say, "What's the big deal? It doesn't hurt anybody."

But take some serious time to consider this subject of "visual Immorality" from a Biblical perspective. Did the Creator know what He was talking about when He warned that looking at another in lust is harmful?

Besides the typical visual images of human sexuality already mentioned, there is the new technological frontier of the Internet. Apparently, more than 60 percent of Internet traffic today is pornography available from the World Wide Web.

So how do we answer the question, "Why is visual immorality harmful, and how does it detract from our happiness?"

The constant bombardment of visual images of human sexuality from all directions builds memory banks and produces continual comparison of the bodies of other females or males. The visually "perfect" body leads to continuing comparison throughout life. Those who have been continually stimulated with visual immorality soon find that their mates do not have perfect bodies.

Everyone has physical imperfections; no one has a perfect body: "Too heavy, too thin, too old, too this, too that." Neither husbands nor wives measure up to the fantasized ideal. But when husband and wife have eyes only for each other, their sense of fulfillment in each other is vastly greater.

A second problem with visual immorality, before or during marriage, is that it leads to "pseudo-sexual" experience in the mind. This type of experience produces a real physiological response: increase in pulse rate, blood pressure increase, a definite hormonal response, and a neuro-chemical response in the brain.

As people continue to indulge in the visual and mental imagery, they in time become hooked on the "high" or physiochemical "rush" produced in the body and mind. In short, people turn inward, and they become emotionally cold. They lose the ability to have a warm, loving, physical and emotional relationship with a spouse. The strength of the bond in marriage is lost, and both husband and wife lose, as do the children!

Initially, the level of visual immorality may be simply looking at others in revealing clothing. That thrill or lust only lasts so long, and then it is on to the next step: "adult" movies, magazines, bookstores, and nightclubs.

This progression often continues through various stages, including child pornography, bondage, violence and pain, prostitution, and sometimes violent crime such as rape and serial killing.

A skeptic might say: "Wait a minute, there is no way that a little visual immorality will lead to criminal activity." But the truth is that every step of the way, even if it seems mild, detracts from a person's happiness and marriage and is increasingly harmful to the self and to others.

Does the Creator know what He is talking about when He says that "looking after another in lust" is harmful? Absolutely! Every facet of God's way of life is for our own happiness and wellbeing.

If you would like to learn more about the way of life that was designed by the Creator to bring an abundance of joy and happiness into your life, please request our Bible Study Course. There is no cost or obligation.