The High Cost of High Intensity

Entertainment is not what it used to be. But are we paying a price for the “upgrade”? For example, compare the recent DC films to the 1960s “Batman” television series. Some modern superhero ensembles such as “Batman v Superman: Dawn of Justice” and “Justice League” differ dramatically from the campy shows of yesteryear. While the 1960s television series’ tone was brightly colored and intentionally goofy and fun, the more recent films are dark and brooding, and, in the case of “Batman v Superman,” criticized as humorless.

The portrayal of violence has dramatically changed, as well. In the 1960s “Batman,” there were only three deaths portrayed in all 120 episodes. In contrast, there are often more than three deaths in a single scene of a modern superhero movie!

In addition to the darker tone and increased violence, technological advances such as computer-generated imagery and vastly improved sound and presentation methods have ratcheted up the overall potency of the cinematic experience.

The video game industry reflects the same trajectory as we see in our theaters. As our computers (including the ones in our pockets) and game consoles become more powerful and sophisticated, game play becomes more realistic. Recent best-selling games such as “Far Cry 5” and “Call of Duty: WWII” reflect the same preoccupation with extremely intense action and violence as the movies, but with the added dimension of allowing the player to participate in some way in the mayhem.

Ultra-violent and gritty story-driven “games” such as “Grand Theft Auto V” also include graphic elements of sex and drug use—all to supposedly make the experience more intense and “lifelike.” The use of Google Maps recreates actual locations around Los Angeles. “It’s a world with which you interact and exist, it doesn’t feel like a facade that’s created around you” explains Aaron Garbut, Rockstar North’s art director (“The Tech That Built an Empire: How Rockstar Created the World of GTA 5”, Techradar.com, September 16, 2013).

As if increased intensity in traditional entertainment isn’t enough, expect it to explode with the growth of virtual reality (VR). According to Common Sense Media, “Everything in VR is more intense. Because the brain processes virtual reality experiences similar to how it processes actual experiences, it can provoke feelings of fear, anxiety, disorientation—as well as joy and excitement” (“What Parents Need to Know About Virtual Reality”, CommonSenseMedia.org, April 3, 2018).

VR is an emerging market that can be experienced using a variety of devices. A CommonSenseMedia.org report cited Jakki Bailey of Stanford University’s Virtual Human Interaction Lab as saying that “the effects of VR tend to be magnified compared to those of traditional media such as television. An experience in VR—which perceptually surrounds people and for which people use natural body movements to interact with the scene—tends to be more impactful than a similar experience using other media” (“Virtual Reality 101: What You Need to Know About Kids and VR,” April 4, 2018).

Like most technologies, VR will have both good and bad applications. For instance, you can use a smartphone to identify the constellations in the sky, or virtually “tour” the world’s best museums. However, the big sellers are many of the same titles “ported” from video games, that include themes of sex, drugs and graphic violence. Instead of sitting in a chair playing a game, participants are more engaged as they act out the scenes in which they find themselves virtually immersed.

Because VR is relatively new, researchers admit that they don’t have enough experience to understand the long-term effects, especially for children. According to the same report by CommonSenseMedia.org, Jeremy Bailenson, the founder of the Stanford VR lab, said, “The truth is, when it comes to VR and kids, we just don’t know all that much.” But don’t expect such concerns to slow down the entertainment industry.

Maybe as you read this article you are thinking, “What’s the big deal?” Many teens are very familiar with this hyper-intense entertainment and see it as “normal.” However, those who have lived long enough to see the trajectory from the 1960s “Batman” to modern superhero movies, along with other broad societal trends, may see potential problems from consuming a steady diet of such entertainment. Here are two:

1) Desensitization: Think back to the first time you were shocked by something on television or in a movie. Perhaps it was a scary scene in a children’s movie, or someone getting shot in a western. Witnessing such acts for the first time can be traumatic, but over time the shock wears off.

Researchers estimate that the average American youth sees 150,000 violent acts on television by age 18 (“Television Watching Statistics,” StatisticBrain.com, May 23, 2017). Experiencing anything 150,000 times will desensitize you! Is this what we want?

Because we are so desensitized now, media creators must look for ways to intensify the effect, portraying them in ever-increasing graphic detail, with realistic sounds and accompanied by dramatic music. This leads to the next associated problem.

2) Craving more intensity: As one becomes desensitized to what was once thrilling, the intensity must be increased. We see this phenomenon in extreme sports and substance abuse, for example. Reproducing the “rush” requires increasingly more stimulation.

Hollywood knows this as well as any industry, which is why intensity through technological advancements has increased—and will continue to do so. And the tech industry is in an arms race to make those virtual experiences increasingly and more intensely “real.”

It’s impossible to say where all this will lead, but every potential consumer of this entertainment needs to decide how much is enough.

With this rush to increase intensity unfolding before us, a good question to ask is, “Do I need to take part?” It’s important to analyze what is missing in our lives that compels us to pursue artificial intensity. If we unplug and move away from the ceaseless treadmill of stimulation, we may find that there is more than enough intensity in the world around us.

For example, when was the last time you camped outside under the stars, or stood in front of a thundering waterfall, or just stretched out on the grass under a tree and absorbed the many sensations that come with such a simple act? No, this isn’t the same as watching the latest Avengers extravaganza in IMAX 3D or dueling Darth Vader with a lightsaber in virtual reality—but it is learning to appreciate God’s marvelous creation without “enhancement.” In time, and with true appreciation for all the works of Almighty God (Psalm 143:5; Revelation 15:3), reality may be all the intensity you need. 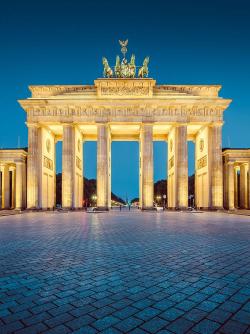 What Is Prophesied for Germany? 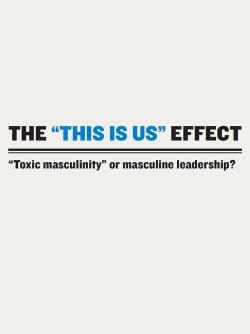 The "This Is Us" Effect