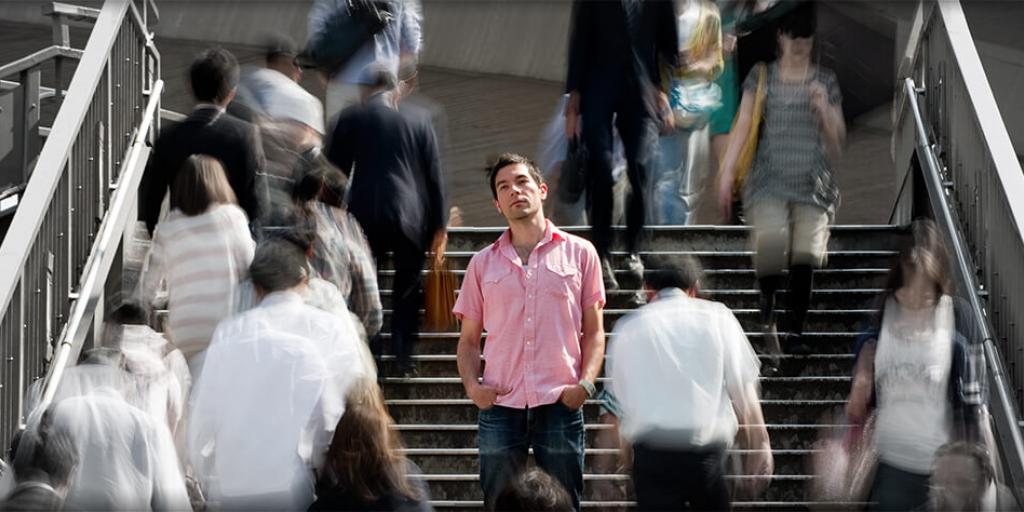 To “follow the crowd” means to go along with the majority—to “go with the flow.” It is conformity. Is following the crowd a good idea?

Perhaps you remember hearing a parent warning you of the dangers of following the crowd. After hearing our request to do something “everybody else is doing,” we heard the word “no,” perhaps whined in protest, and then heard, “So if everybody jumps off a cliff, will you follow them?” and possibly something about “a herd of Buffaloes being stampeded off a cliff….” Hopefully we listened. Such warnings were designed to teach us that following the crowd is often dangerous.

Seneca, the Roman Stoic philosopher of the 1st century ad, said in his Letters from a Stoic: “When a mind is impressionable and has none too firm a hold on what is right, it must be rescued from the crowd: it is so easy for it to go over to the majority.” Isn’t this what so often happens with young people? They succumb and conform to the majority or the crowd.

The difficulty is that we don’t like to be different. We want to be “like everybody else;” our friends and peers. It is human nature to want to fit in. Fitting in is comfortable. To be different has a negative, uncomfortable connotation, so we follow the crowd almost without thinking.

This human tendency to conformity has been studied for decades by social psychologists. People either adopt a social identity because they strongly identify with it, or because they simply want to avoid social rejection. We are influenced over time and, partly through self-deception, we eventually conform our thinking to that of our adopted group.

Young people especially align themselves with those who are popular. They dress like, act like and wear their hair like their crowd. They listen to the same music, shop at the same stores and play the same video games. When challenged, they defend their actions by saying they are expressing their “individuality”!

People often form religious beliefs based on social identity. Over time, people are influenced by the opinions of peers. What is wrong with conformity or following the crowd? Conformity changes one’s values and beliefs. If the crowd was always right, with values based on truth, conformity would be positive. But when the crowd’s values are false, conformity is wrong.

God told the ancient people of Israel: “You shall not follow a crowd to do evil” (Exodus 23:2). Doing so is the normal course of human nature. If we are brave enough to defy the crowd, they will “…think it strange that you do not run with them in the same flood of dissipation, speaking evil of you” (1 Peter 4:4).

Conformity is powerful because it taps the “feel good” parts of the brain’s “reward” regions. We feel good about belonging to and being accepted by our group. This is as true of gang members as it is of a fraternity, a charity or a church. Conforming can either lead one to destruction or help them succeed.

The following quote is attributed to Albert Einstein, the famous Jewish theoretical physicist: “The person who follows the crowd will usually go no further than the crowd. The person who walks alone is likely to find himself in places no one has ever seen before.”

Some have the courage to shun conformity, “march to their own drummer” and choose what is right instead of what is popular. They are willing to endure rejection by “the crowd.”

Many heroes of the Bible—Noah, Abraham, Moses, the prophets and Jesus Himself—did exactly that. They did not “follow the crowd” but courageously followed the Almighty God, standing for truth.

Dare to be courageous, to be different, and to pursue what is true regardless of what others may think of you. You may find this booklet enlightening: What Is A True Christian? Be sure to order your free copy today, or read it online, any time!