What was the crucifixion like? | Why did Jesus Christ have to die for our sins? 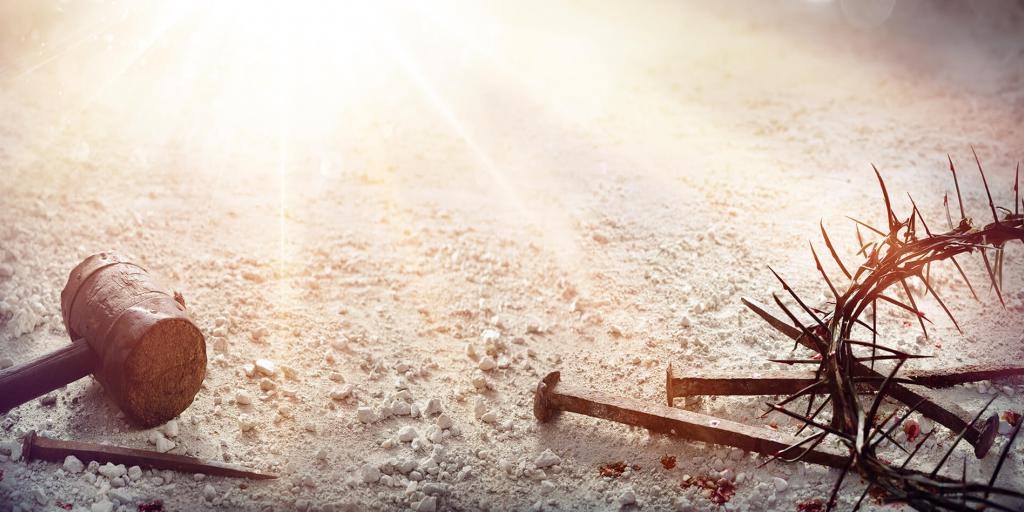 “That was excruciating!” We hear this statement from individuals, or from ourselves at times, after suffering an injury like breaking a bone, hammering an ill-placed thumb rather than a nail, or stubbing a big toe on the bedpost while stumbling our way through a darkened bedroom. But we might ask, “Excruciating… really?”

The word excruciating has been used since at least the 1590s to mean “very painful,” so it is commonly, and rightly, used in our modern vernacular to describe a variety of painful situations. However, a closer look at the root of the word can be enlightening. The root of excruciating is, of course, excruciate. What does excruciate mean? Does an everyday injury live up to excruciating’s root meaning?

According to etymonline.com, a word origin dictionary, the word excruciate means to torture, torment, or inflict very severe pain on, as if by crucifying. The Latin root is crux, referring literally to an instrument of torture, often an upright pillar, stake, or “cross,” and figuratively to the torture and misery inflicted by means of such an instrument. What was crucifixion like? Read on to see that it truly was excruciating.

In 1986, the Journal of the American Medical Association (JAMA) published a Special Communication written by the Mayo Clinic of Rochester, Minnesota. The article discussed in great medical detail what crucifixion would have been like, and specifically what it might have been like for Jesus Christ, undoubtedly the most well-known crucifixion victim in history. It states, “Although the Romans did not invent crucifixions they perfected it as a form of torture and capital punishment that was designed to produce a slow death with maximum pain and suffering. It was one of the most disgraceful and cruel methods of execution and usually was reserved only for slaves, foreigners, revolutionaries, and the vilest of criminals. Roman law usually protected Roman citizens from crucifixion, except perhaps in the ease of desertion by soldiers” (“On the Physical Death of Jesus Christ,” citations removed).

According to the biblical accounts of Matthew, Mark, Luke, and John, Jesus was arrested in the dark of night in the Garden of Gethsemane. He was brought before Pontius Pilate, the governor of the Roman province of Judea, who presided over an unjust trial and later ordered the scourging and crucifixion of Jesus. Scourging was carried out using a flagrum, otherwise known as a “cat-of-nine-tails,” which inflicted tremendous and deep wounds to the victim. This especially brutal flogging preceded every Roman execution, and Jesus’ was no exception. He was beaten, and then nailed to an upright stake of uncertain design (Matthew 27:26; Mark 15:15; John 19:1).

The method for hanging Jesus on the stake (or cross, or tree; Matthew 27:32; Acts 5:30) was nails (John 20:25; cf. Psalm 22:16). According to the JAMA article, these nails would have measured five to seven inches in length. The article describes how nails were driven through the wrists and feet of the victim, whose legs most likely were bent and rotated, making every inhalation and exhalation truly, excruciatingly painful.

Why is it valuable to consider crucifixion and the excruciating pain that it was designed to elicit?

Our words may mean more than we think they do. Understanding the origin of the word excruciating can provide us with a deep appreciation for what Jesus Christ was willing to endure to make eternal life available to each of us—as well as give us pause to consider our use of this word more carefully in the future.

Jesus Christ truly was the Word of God, who emptied Himself to come down from Heaven and be born as a human being. Prior to His human birth, He had existed eternally with the Being we now know as God the Father (John 1:1–2, 14). Philippians 2:8 tells us, “And being found in appearance as a man, He humbled Himself and became obedient to the point of death, even the death of the cross.” This was the supreme act of love, as we see from Romans 5:8: “But God demonstrates His own love toward us, in that while we were still sinners, Christ died for us.”

And, when we consider John 3:16, we realize what tremendous hope this brings: “For God so loved the world that He gave His only begotten Son, that whoever believes in Him should not perish but have everlasting life.”

Nearly all who hear this verse think they understand it—but do you truly know why Jesus Christ was willing to endure such an excruciating death?

To learn more about the neglected, but powerful, truth of this verse, read our eye-opening booklet John 3:16: Hidden Truths of the Golden Verse.