What is the harvest Jesus Christ spoke of? | Are you ready for the return of Christ? 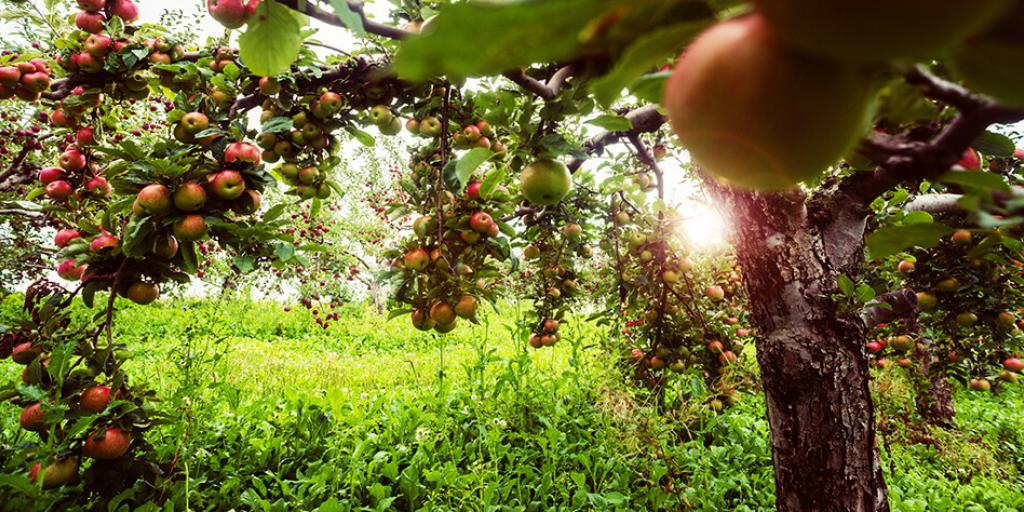 Everybody loves a freshly harvested apple, peach, orange, grape, strawberry, or other piece of produce. Gardeners wait with anticipation to harvest that first ripe tomato. When fruit is fully ripened and at the peak of flavor, the time for harvest has finally arrived.

The term harvest refers to the season when crops have ripened, to an item of produce, or to the act of gathering crops. Those involved in agricultural production are especially familiar with harvest seasons. Farmers’ markets are increasingly popular with those seeking fresh, locally grown fruits and vegetables. “According to USDA’s Agricultural Marketing Service, 8,687 farmers’ markets operated in 2017, up from 2,746 in 1998.” These direct-to-consumer outlets include roadside stands. Some farmers allow and encourage customers to pick their own fruits when the harvest time has arrived for strawberries, apples, and other crops.

Throughout the Bible, the term “harvest” is used not only to speak of ripe food crops but also refers to God’s judgments and “harvests” of mankind—the very purpose for His creation.

After the flood in Noah’s day, God promised: “While the earth remains, seedtime and harvest, cold and heat, winter and summer, and day and night shall not cease” (Genesis 8:22).

When God established His annual Holy Days, He used three different harvest seasons for their timing: the barley harvest in the early spring, the wheat harvest in early summer, and the great harvest in the fall of the year. (See Exodus 23, and our booklet The Holy Days: God’s Master Plan.)

God used His prophets to warn nations of their impending judgment, coming like a harvest as the fruits of their ways became ripe (Joel 3:1–13).

Jesus taught using parables, one of which was the Parable of the Sower. Some of the seed sown fell by the wayside, some on stony ground, some among thorns, and some on good ground. He explained to His disciples that the seed represented the good news of the Kingdom of God, which is heard but only bears fruit in good soil. Those who bear fruit are those who hear the gospel, accept it, and bear fruit (Mark 4:2–20).

Later in Mark 4, Christ teaches the Parable of the Growing Seed, which is used as an analogy of the Kingdom of God. The seed is sown, sprouts as a tender blade, grows, produces a head of grain, and finally ripens. Only when this happens has the time to harvest come (vv. 26–29).

In John 4, Jesus spoke of the harvest in an interesting way. When asked by His disciples if He had anything to eat, He told them He had food to eat that they did not know. His food is to do God’s will and finish His work (vv. 32–34). Then He explained that work, which is a harvest. Perhaps quoting a common saying when He said, “There are still four months and then comes the harvest,” Jesus explains that the harvest was white (ripe) already (v. 35). He was talking about “gathering fruit for eternal life.” The disciples were called to help reap the harvest (v. 38) that is currently in progress. This is the small, early harvest. But even so, Jesus told His disciples to “pray the Lord of the harvest to send out laborers into His harvest, because the harvest is great, but the laborers are few” (Matthew 9:38, Luke 10:2). But the large harvest will take place after Christ returns to the earth to set up the Kingdom of God.

God’s whole purpose for the creation is to produce “fruit for eternal life,” an offer to mankind for salvation and the gift of eternal life (Romans 6:23). In Matthew 13, Jesus’ Parable of the Wheat and Tares shows wheat harvested, but tares burned up (vv. 24–30). The harvest periods reveal God’s plan—and harvest time is coming. Will you be ready?

Learn more about what God has in store for you. Be sure to read The Holy Days: God’s Master Plan and Is This the ONLY Day of Salvation?