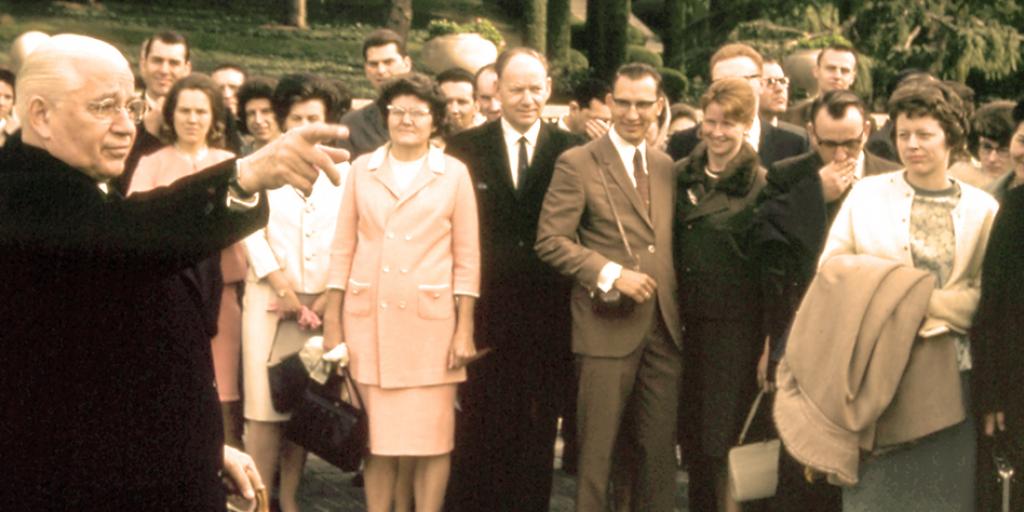 As many of you may remember, January 16 is the 30th anniversary of the death of Herbert W. Armstrong. It is very helpful, I feel, to remember that Christ used this man—human as he was—more than anyone we know of for the last several hundred years. A number of us in this Work had the privilege of working with him closely for decades. It was a privilege that we will never forget.

Mr. Armstrong was certainly a man of tremendous vision, big mindedness, faith, courage and dedication to preaching the full Truth of the Bible. That is undoubtedly a major reason why Christ said of the Philadelphians, “You have a little strength, have kept my word and have not denied my name” (Revelation 3:8). Mr. Armstrong also was guided by God to set the highest priority in going through the “open doors” of preaching the Gospel and trying with all his might to have the greatest possible impact on the world to help them know God’s purpose.

The above verse also refers to the “open door” which God granted Mr. Armstrong, and which He is still granting us today—although to a somewhat lesser extent as we are, probably, the “left over Philadelphians” but actually within the time frame when the “Laodicean spirit” is most dominant.

Satan will try every way he can to get at us, to hurt and confuse and disorient us. I happened to be the only one sitting directly across from Mr. Armstrong in his little study above the library building when the call came from the man who had been driving the car when his older son Richard David Armstrong was brutally smashed and later died—in that terrible automobile wreck in late July, 1958. I had personally loved Dick, and was very close to him and spent hundreds of hours with him personally. He was Mr. Armstrong’s pride and joy. But, even then, as I look back I am inspired to realize the faith and courage Mr. Armstrong showed when the call came about Dick’s life threatening condition, and how Mr. Armstrong put it in God’s hands and let me know that we must “drive on” to do the Work!

All of us will sometimes be disappointed by the way parts of our individual lives turn out—as Mr. Armstrong certainly was. But our trust must always be in God—and God alone.

I will always remember Mrs. Herbert Armstrong at the time of her death. As I have related in the past, Dibar Apartian and I were among the few evangelists who were asked to be there in the bedroom when she was dying. Just before she died, she turned her head toward us and said, “I know I am dying, fellows. But don’t worry I will be all right! You men go ahead and finish the Work. That is the important thing!” A few minutes later she was gone.

In his own autobiography (Vol. 2, p. 644) Mr. Armstrong told all the brethren, “Continue to sacrifice through 1986 to finish the commission God has given His Church. The greatest work lies yet ahead. Christ confirmed that in John 4:35, ‘Say not ye, there are yet four months, and then cometh the harvest? Behold, I say unto you, lift up your eyes, and look on the fields; for they are white already to harvest.’ Never before in the history of the Church has it been possible to reap so great a harvest. It has only been made possible through modern technology, beginning with the printing press, radio, television, and rapid mass transit and mass communication.”

So let us all remember the one whom God used to teach all of us about the Sabbath, about the Holy Days—about the entire purpose of human existence—Herbert W. Armstrong. Remember the Work that Christ did through him, which we are now allowed, in our own small way, to carry on as best we can. But it is with the power of God that we will finish the Work if we continue to be faithful.

In spite of trials and tests and disappointments, we move ahead and honor the God who called us, the Christ who died for us and—in a right way—the human being whom He used to teach us so much of His plan and purpose.