The most influential book ever written in English marks its 400th anniversary this year. In 1611, a monumental project came to completion that had engaged more than 50 of England's finest scholars for seven years—an English-language Bible translation that remains widely treasured as a masterpiece of scholarship, clarity and beauty of expression.

Commissioned by England's King James I, we know it today as the King James Version—or the Authorised Version—of the Bible. Strictly speaking, it was not a "new" translation; it sought to bring together the very best of all previous versions into what the translators envisioned as "one principal good one"—faithful to the original Hebrew and Greek texts, and suitable for reading aloud in the churches.

Other important translations had gone before; notably that of William Tyndale, whose earlier work profoundly shaped the KJV text. Why, then, has the KJV remained so influential to this day? How has this text—whose language was viewed as archaic even from its inception—had such an impact on the English-speaking world?

From the germ of its inception in January 1604, the "King James" translation project developed with both a religious and a political purpose firmly in mind. The new Stuart King—James I of England and Ireland—saw it as a canny means of bolstering his own position as both political head of state and ecclesiastical head of the state church.

The times were exceedingly turbulent. Protestants of various leanings—Puritans, Calvinists, Lutherans and Presbyterians—clashed with kings and bishops in disputes over old monarchical expectations and ecclesiastical worldviews. Author Adam Nicolson notes that King James hoped a new Bible translation would serve as "a thing of peace, a means by which the divisions of the church, and the country as a whole, could be encompassed in one unifying fabric founded on the divine authority of the king" (When God Spoke English, p. 66).

Yet peace and unity could hardly be said to characterise the way it began. If one could call the translation itself a triumph, its printing and distribution would be called a disaster. There seems to have been no master manuscript to work from. No money was put aside for printing. No edict was given to force its adoption. Poorly managed, and with many a careless mistake allowed to creep into the published books, the new Bible was greeted with what author Derek Wilson describes as "thundering apathy" (The People's Bible: The Remarkable History of the King James Version, p. 121). King James seemed not to care, as his attention had moved on to what he considered more important matters.

Nevertheless, slowly and inexorably, the people of England became used to the KJV. It entered their consciousness, and its mellifluous, sonorous wording rang in their ears and entered the very fabric of their language. Yet, national divisions among English-speakers did not go away. Interwoven political and religious differences led finally to a full-scale Civil War (1642–1651), which ended with the collapse of the monarchy and the installation of Oliver Cromwell as England's Lord Protector.

It was only after Cromwell's death, when England's monarchy was restored, that the KJV truly came into its own. All those qualities so carefully built into the translation began to work their subtle effects. Pastors gradually and quietly replaced their churches' earlier editions of the Bible. Over time, into the last half of the eighteenth century, various inaccuracies—of translation, and especially of printing—were resolved. As the eloquence and accuracy of the KJV became ever more widely appreciated, its use of the English language set a standard for writers and speakers to emulate. Even the obsolescence of its language came to be viewed as part of its power.

Bible Societies in Britain and America sprang up to print and distribute KJV Bibles by the millions. As Britain's influence expanded, the KJV was carried on the wings of empire across the globe, spreading English culture and Bible-based values to distant lands. Molding the lives and thinking of generations of its readers, it became a "potent symbol of Englishness" (Wilson, p. 143).

Indeed, for some, the KJV has become an icon unto itself, even taking the place of the original scriptures. Here lies a great danger. Christians recognize that the original manuscripts of Scripture are inerrant, and are the authoritative foundation for all spiritual truth. But we must not make an "idol" out of any translation—we must not fall into the trap of thinking that every single translated word is inspired in the same way that God inspired the original revelation.

Neither should we diminish the importance of the KJV, dismissing it as a mere literary masterpiece. Even the renowned atheist Richard Dawkins is a fan; he suggests that the KJV should be taught in schools for its literary and cultural value, while disregarding its teachings (The God Delusion, pp. 340–344).

Act on the Truth

This leads to a key lesson we can learn upon this anniversary. We may own a King James Version Bible, and we may praise its enduring literary merits. But, do we read it regularly? And, if we do read it, do we do so to heed its message? For the Bible claims to be the "lively oracles" of God, able to discern "the thoughts and intents of the heart" (Acts 7:38, KJV; Hebrews 4:12, KJV), It tells us that we should live "by every word of God" (Luke 4:4, KJV). Translations may be the work of men, but Scripture itself reminds us that the original texts are "God-breathed" and that, "All scripture is given by inspiration of God, and is profitable for doctrine, for reproof, for correction, for instruction in righteousness: that the man of God may be perfect, thoroughly furnished unto all good works" (2 Timothy 3:16–17, KJV). Bible translations—even the KJV—may come and go, but the Bible's central message will always endure because it speaks authoritatively to the human condition, and can reach right to the heart, and the spirit, of every human being.

There is a famous proverb that the KJV translates as, "Where there is no vision the people perish: but he that keepeth the law, happy is he" (Proverbs 29:18). For those of us more familiar with modern English, the New King James Version can help us better understand the logical connection between the two thoughts in that verse: "Where there is no revelation, the people cast off restraint; but happy is he who keeps the law."

Perhaps this explains why so many today dismiss the Bible. It is God's revelation to mankind. When obeyed, it provides a restraint that will keep us happily out of trouble, and will guide, direct and lead us in the ways of God. Though many today refuse any guidance that would "cramp their style," a loving God continues to call out "Let the wicked forsake his way, and the unrighteous man his thoughts; let him return to the Lord, and He will have mercy on him; and to our God, for He will abundantly pardon" (Isaiah 55:7). Will you heed God's enduring call? 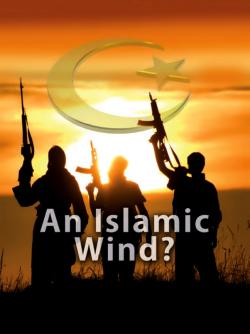 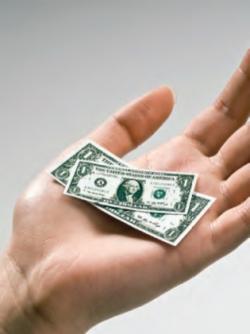 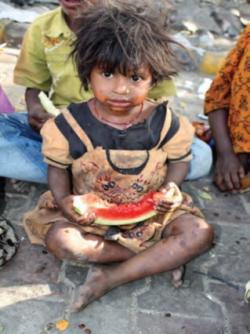