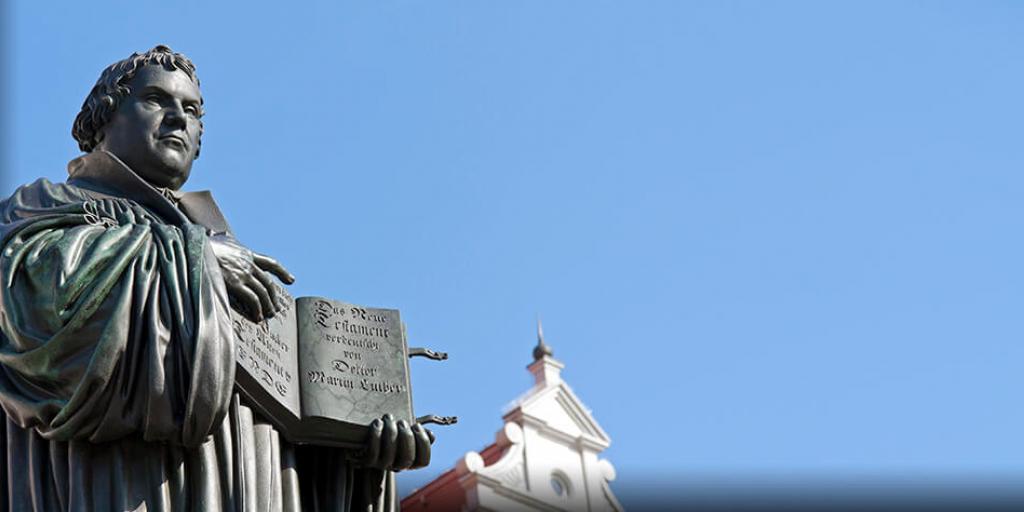 Today is Reformation Day, and a special one at that. 500 years ago, Martin Luther mailed a collection of 95 statements to Archbishop Albert of Mainz and, it is believed, nailed them to the door of All Saints’ Church in Wittenberg, Germany. Known as the famous Ninety-five Theses, they represented his disagreement with some of the practices and positions of the Roman Catholic Church in his day, and they have changed the world—though not in the way it needs to be changed.

Of course, today we live in a culture increasingly ignorant of history and of the moments and individuals of the past who helped to create the world in which we now live. Talk about Martin Luther to someone young enough, and he might assume you mean Martin Luther King Jr. (Confirmation: I note with a quiet sigh, that when I type “mlk” into Google, the top search it currently suggests is “mlk 95 theses.”) In fact, if you strike up a conversation about Luther some individuals, they will probably assume you are talking about the archenemy of Superman.

That is a shame. Luther’s Ninety-five Theses proved to be the theological equivalent of an atomic bomb, cracking the foundations of what was called “Christianity” in his day and rearranging many of the pieces in a different way for the generations that followed.

Most pointedly, the theses attacked the Roman Church’s practice of selling “indulgences”—a remission of sins, according to Roman Catholic belief—that would allow “immortal souls” currently suffering in Purgatory to be released earlier into heaven than they would be otherwise. It was truly a diabolical practice, in which the “Church” preyed upon ignorant people, worried about the status of their loved ones, in order to raise money to build monuments to its own glory—and to feed a corrupt and carnal political system within the church’s hierarchy.

(For the biblical position on the topic of the soul and salvation—which is quite the opposite of the Roman Catholic Church’s—please consider reading our publications Is This the Only Day of Salvation? and Do You Believe the True Gospel?)

It was this damnable practice that Luther targeted 500 years ago.

Consider point 82 of the 95: “Why does not the pope empty purgatory for the sake of holy love and the dire need of the souls that are there if he redeems an infinite number of souls for the sake of miserable money with which to build a church?” After all, asks Luther, if the Pope has such power to release suffering souls, isn’t the former desire—freeing them out of love—far more worthy than freeing them for a price?

Or consider point 86: “Why does not the pope, whose wealth is today greater than the wealth of the richest Crassus, build this one basilica of St. Peter with his own money rather than with the money of poor believers?”

Bold words, indeed! Words that proved to be the seed of the Protestant Revolution—named for the spirit of protest it represented—in which theologians felt freed from the boot heel of papal authority to teach the “truth” of God’s word, unencumbered by unbiblical traditions.

But is that what truly occurred?

Sadly, history is clear: The Protestant Reformation succeeded in changing the religion from which it was born, but it failed to truly reform it.

Examine the confusing morass of Protestant denominations around the globe, and you will see not only a mind-numbing Babylon of different, competing belief systems, but also the continuing practice of putting tradition over Scripture (cries of sola Scriptura notwithstanding). Like daughters reflect their mother, the countless churches that were born of Luther’s efforts continue to reflect the system from which they were spawned. To find the truth, you will need to look deeper.

We invite you to read our series on the Protestant Reformation, written by the late Dr. Roderick C. Meredith. It is a tale that will not be told in any of the other celebrations of Martin Luther going on around the world. But it differs from those celebrations in all the ways that truth demands.

The series continues in the next issue of Tomorrow’s World, but you can get started with the links below:

The next startling installment, “Part 5: Martin Luther Unleashed,” will be published within days on this very website. We hope you will come back to read it.