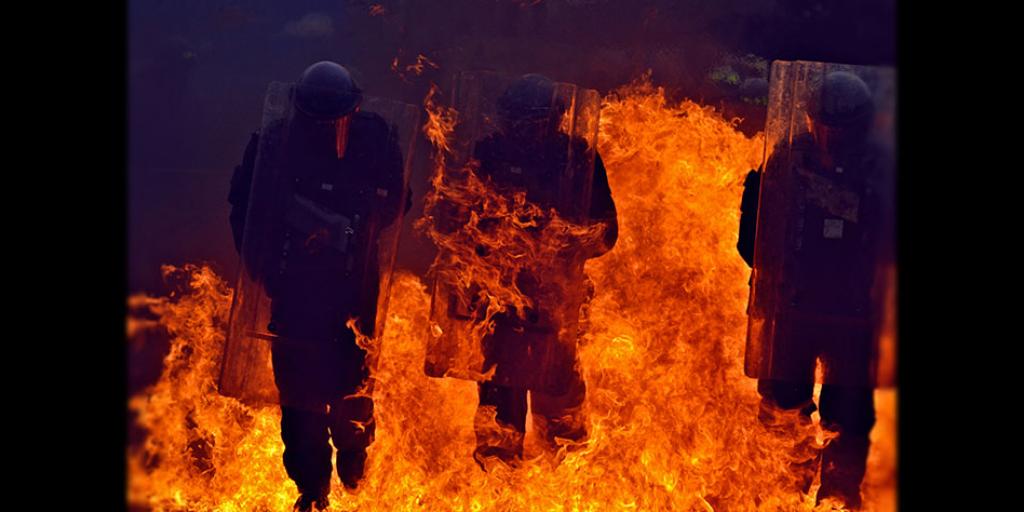 On the Mount of Olives, almost 2000 years ago, Jesus Christ spoke a prophecy, which described "lawlessness" abounding in the last days. He gave this prophecy to His disciples, when they asked Him what to look for directly before Christ's Return. Is increasing lawlessness a sign that the end of the world is near?

Christ's statement in Matthew 24:12 is "…lawlessness will abound…." The Greek word translated as "lawlessness" or "iniquity" in most versions of the Bible is anomia. It means "lawlessness—without law." The Merriam-Webster Online Dictionary defines lawless as "not regulated by or based on law; not restrained or controlled by law." So in the last days we should expect to see increasing acts of lawlessness.

Murders, rapes, robberies, riots and assaults; looking through crime statistics is chilling when you think about each number representing a victim as well as the perpetrator of the crime. Each victim is a human being—a wife, a husband, a child, a grandparent—who is murdered, raped, robbed or assaulted. The perpetrator of the crime disregarded—was not restrained or regulated by—the law. He or she committed a lawless act.

Looking at the crime statistics of the last 50 years shows a marked increase in the crime rate. Like nearly everything else that is measured, crime statistics fluctuate from year to year. But there is no denying crime has increased. Most people know that by reading the newspaper and watching the news on television. One hears about workplace homicide being a growing problem, about gang crimes and white collar crimes, about drug-related crimes and computer crimes. One hears about crimes on our campuses and schoolrooms and about corporate crimes and hate crimes.

The skeptic may say that crime was just as bad in the old days of the frontier and the Wild West. The general perception of many is that the frontier days in the early United States were lawless, and that the old west of the United States was even more wild and lawless. There is an old movie starring John Wayne with the title, The Lawless Frontier, and numerous similar western movies were made. But it really was not as lawless as portrayed by Hollywood. There were not that many gunslingers, cattle rustlers, bank and stagecoach robbers, claim jumpers, saloon fights or challenges to draw at high noon. In fact, while many people carried a gun for protection, most western towns had laws against carrying a gun in town. The infrastructure of lawful society quickly caught up with the rapid western expansion.

Today, more and more people are getting "conceal and carry" permits. They feel the need to carry a gun because they see society becoming more and more lawless and they are afraid of being victimized.

More citizens are also disturbed by the trend of various authorities, who are entrusted with enforcing the laws of the land, failing to do so. States in the Southwest have been in and out of the news, as they struggle with issues of illegal immigration. Some government, judicial and corporate officials fail or have refused to enforce certain laws with which they disagree, whether banking laws and regulations, environmental protection laws, immigration, marriage, election and other laws. These are also lawless acts.

But the biggest, most serious and numerous acts of lawlessness concern the laws of the Creator; the Eternal God. Christ warned that it takes more than just calling Him Lord to enter the kingdom of heaven. He will say to some who claim to follow Him, "I never knew you; depart from Me, you who practice lawlessness!" (Matthew 7:21–23).

Order your free copy of The Ten Commandments, today. You may also find the following Tomorrow's World articles that discuss this important subject helpful: "Must We Obey God To Be Saved?," "Are You a Compromiser?," "The Demise of the West" and "Satan's War on Family Values."