The Apostle Peter warned that false teachers would "bring in destructive heresies" and blaspheme the truth with deceptive words because "they have forsaken the right way and gone astray" (2 Peter 2:1–15). The Apostle Jude warned of "ungodly men, who turn the grace of our God into lewdness" (Jude 4). We are watching this happen today!

"Believe it or not, some of the strongest prophetic denunciations found in the Bible are directed at the end-time religious leaders of the Israelite nations—including not only the Jews of the modern nation of Israel, but also the United States, Canada, Australia, New Zealand, South Africa, Great Britain and other northwestern European nations that claim to be "Christian." The reasons for these powerful condemnations of religious leaders have been prominent in news headlines for more than a decade. For anyone with eyes to see and ears to hear, ancient biblical prophecies are coming alive today!

Jesus clearly taught that Christians should live by "every word that proceeds from the mouth of God" (Matthew 4:4). He chastised religious leaders of His day who "honor Me with their lips, but their heart is far from Me… in vain they worship Me, teaching as doctrines the commandments of men" (Matthew 15:8–9). Jesus also warned that at the end of the age, many will be deceived by preachers who falsely claim Christ's authority (Matthew 24:5).

Christ's strong statements about misguided end-time religious leaders were echoed by His disciples. The Apostle Paul warned that "in the last days perilous times will come: for men will be lovers of themselves… blasphemers… despisers of good… lovers of pleasure rather than lovers of God… having a form of godliness but denying its power… from such people turn away" (2 Timothy 3:1–5). The Apostle Peter warned that false teachers would "bring in destructive heresies" and blaspheme the truth with deceptive words because "they have forsaken the right way and gone astray" (2 Peter 2:1–15). The Apostle Jude warned of "ungodly men, who turn the grace of our God into lewdness" (Jude 4). We are watching this happen today!

Recently, in the state of Iowa, 160 faith leaders presented a document to state legislators declaring their support for same-sex "marriage." Last year, the Presiding Bishop of the Evangelical Lutheran Church in America—who claimed that "God is still speaking to us"—urged Lutherans to consider more "modern" views on sexual orientation because "the understanding we have of homosexuality today does not seem to be reflected at all in the context of the biblical writers"—in other words, the Bible is not his church's final authority! (Associated Press, December 8, 2009). He suggested that establishing more homosexual-friendly policies might help the denomination to grow—in spite of the fact that these very policies are driving many believers away!

While Baptist churches in America struggle with the issue, leaders of the Presbyterian Church (USA) have voted to allow homosexuals to be ordained into the ministry. However, one dissenting pastor stated with a "deep sense of sadness" that the issue is not about being homophobic. Rather, the issue "is about the authority of Scripture… violating the teachings of Scripture and our confessional history, puts the church in the position of accommodating itself to a culture that is demanding permission for behaviors and patterns of life that, while self-gratifying, are not biblically permissible" (Charlotte Observer, February 26, 2009).

Several years after approving the election of an openly practicing homosexual as bishop in New Hampshire, the leaders of the Episcopal Church U.S.A. elected the first woman in history to preside over their denomination. These decisions deeply offended many Episcopalians in the U.S. and abroad, who saw the actions of their leaders as a "blatant disregard of Scripture" (Charlotte Observer, June 19, 2006). These decisions ignore and violate clear biblical instructions about homosexual conduct (Leviticus 18:22; 20:13; Romans 1:24–28) and the role of women in the Church (1 Timothy 2:12). The ensuing battle between leaders who want to follow Scripture and leaders who want to "move beyond" it threatens to divide and destroy the denomination! As the pastor of a Virginia congregation where George Washington once served in the vestry stated, "The Episcopalian ship is in trouble!" (ibid., December 17, 2006).

In Britain, the story is much the same. Leaders of the Church of Scotland last year voted to approve the appointment of an openly homosexual minister—thereby "proving" to be "a modern church for a modern Scotland" (BBC News, May 24, 2009). However, opponents recognized that the action would further divide the Church of Scotland and the 77 million-member Anglican Communion of which it is part. The Archbishop of Canterbury, head of the Church of England, has also embarrassed and angered members of his flock by "apologizing for" and labeling as "sinful" the efforts of missionaries to spread the hymns and traditions of his faith to other peoples around the world. One frustrated British columnist took the prelate to task stating, "The cumulative effect of all this cringing and apologizing is daft and dangerous… Your Grace, show a bit of character and defend the traditions upon which your heritage is built" (Daily Mail, November 3, 2005). Following a trend, even some conservative Jewish scholars have moved to ease their ban on ordaining homosexuals—"upending thousands of years of precedent" (Charlotte Observer, December 7, 2006).

Few reporters or commentators understand the real significance of "progressive" religious leaders who openly reject biblical authority. However, dozens of Bible prophecies foresaw these events occurring at the end of the age—just before the return of Jesus Christ to this earth. The prophet Jeremiah warned the Israelites that "the priests… who handle the law did not know Me" (Jeremiah 2:4, 8), and that "they have lied about the Lord… the prophets become wind, for the word is not in them… The prophets prophesy lies in My name. I have not sent them" (Jeremiah 5:12–13; 14:13–14). In a sweeping denunciation, Jeremiah proclaimed: "Woe to the shepherds who destroy and scatter the sheep of My pasture… they are prophets of the deceit of their own heart, who try to make My people forget My name… They prophesied by Baal and caused My people… to err… by their lies and by their recklessness… In the latter days you will understand it perfectly" (Jeremiah 23).

The prophet Ezekiel delivered the same strong message! He was told by God, "prophesy against the prophets of Israel… who prophesy out of their own heart… woe to the foolish prophets who follow their own spirit… your prophets are like foxes in the deserts… the Lord has not sent them… you have spoken nonsense and envisioned lies, therefore I am indeed against you… with lies you have made the heart of the righteous sad… you have strengthened the hands of the wicked" (Ezekiel 13; 34:1–9). Ezekiel pointedly warned "the conspiracy of her [Israel's] prophets in her midst is like a roaring lion tearing the prey… Her priests have violated My law and profaned My holy things" (Ezekiel 22:25–26).

This is exactly what is being reported in the media today! The "progressive" ideas and decisions of modern religious leaders—the shepherds of Israel—are openly violating the clear teachings of Scripture, undermining the faith of millions and driving sincere people out of churches. Millions of others are being misled by misguided shepherds whose appearance and actions were foretold long ago in prophecies that are coming alive today! 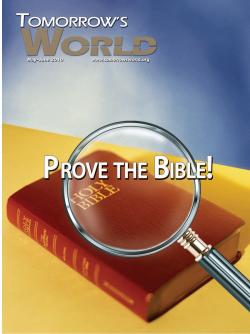 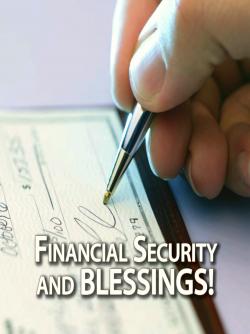 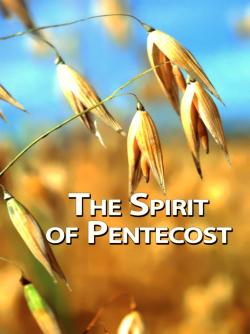 The Spirit of Pentecost