The day the United Kingdom finally Left the European Union will be a date to remember in a turbulent year of change.

The last day of January 2020 will long be remembered as the day when the United Kingdom finally left the European Union. For 47 years, the UK has been of two minds about membership in the dynamically changing EU. It was happy to share in the economic benefits with the other sovereign nations of Europe—that’s why it joined. But it never wanted to surrender its sovereignty to a political organization on its way to becoming a pan-European, federal superstate effectively under German control.

But as of 31 January 2020, gone are the days in which we speak of Britain’s leaving the EU. She is now gone.

So, what is next for the UK? What does the future hold? And what can we learn when we place these events in a biblical, prophetic context?

Prime Minister Boris Johnson hopes his nation is entering an exciting time of national renewal. But will this historic date be seen as a launchpad to greater prosperity—writing another chapter in the ongoing success story of these Isles? Or might 31 January 2020 one day be recognized as the turning point when decline and marginalization set in and the UK’s fortunes went into reverse—the story of a nation set free only to be buffeted alone on the stormy seas of international events that worked powerfully against its interests?

The big Brexit gamble was that by breaking free from the EU, the UK would regain its sovereignty and control over its own destiny, with political power returned to a revivified Mother of Parliaments in London. It could regain control over immigration at its borders. Economic output would continue unabated. The UK could make trade deals with any nation, with every prospect of becoming a turbocharged, economic hub of world trade—unhampered by the EU’s lumbering bureaucratic strictures. Fishing in UK coastal waters would once again be under national control. London would remain the preeminent international financial center serving Europe and the world. What could possibly go wrong?

Europe is expected to fight “tooth and claw” for every advantage during the challenging year of negotiations that began after Brexit to secure a new trade deal between the two entities. For its part, the United Kingdom has made it clear that if no suitable withdrawal agreement is forthcoming by 31 December 2020, it will walk away and instead abide by World Trade Organization rules—which may not be in the best interests of either party. But with the formidable skills of a determined Prime Minister and his negotiating team, backed up by a solid parliamentary majority, many observers perceive that the UK has a strong negotiating hand with the European Commission.

During this transitional period, the UK will remain part of the EU Customs Union and under the jurisdiction of the European Court of Justice. It will still make payments into the EU budget, though it will no longer have a voice in the development of EU policy. Gibraltar will once again come under the spotlight, and France will demand continuing access to UK fishing grounds. In the world of finance, London may need to brace for an economic assault as the EU will likely attempt to move large slices of European trading from London to Frankfurt.

But neither Britain nor the EU could have imagined that world conditions would so rapidly deteriorate. Suddenly, a grand global crisis has been unleashed—a potential “Black Swan” event of such devastating magnitude and consequence that all the above-mentioned issues important to the UK look decidedly minor by comparison.

The viral pandemic that began in China has rapidly spread around the world. Efforts to contain the spread of the virus delivered a powerful blow to national economies, slowing them to a near halt. And instead of navigating the UK’s ship of state through post-Brexit waters, Boris Johnson found himself hospitalized in April, a victim of the coronavirus.

The answer to our question above—what could possibly go wrong?—has been made clear: Everything. Nations around the globe are now fighting for their very survival. Whole countries are in “lockdown”—including Britain—and governments are scrambling to protect their industries, businesses, and populations threatened with widespread infection and death.

Suddenly, 2020 is shaping up to be an epochal year for far more reasons than Brexit. Can the COVID-19 pandemic be halted quickly and effective antiviral medicines be developed fast enough to prevent widespread loss of life? Can the world economy be quickly resuscitated? How will the current emergency affect the November elections of the United States, the UK’s most important partner? Some expect President Trump to win, but this depends on Americans’ satisfaction with their economy and on his administration’s success in dealing with a pandemic. If Trump loses to his Democratic Party opponent, the U.S. could lurch from a free-market economy favorable to flourishing business to a highly regulated state-planned economy more reminiscent of communist nations. The destinies of the U.S. and the UK are irrevocably tied, and major changes for America could signal disaster for Britain’s own fortunes.

No one yet truly knows the full extent of the economic damage the pandemic will wreak across the UK, Europe, and the world. Vast amounts of money have been committed toward “saving the day,” and the vast national debts being generated only push the bills to an unknown time in the future. Globalism cannot continue as it has before. This worldwide crisis is driving all before it, creating a very different world in its wake.

With the German-led EU already in recession, a €75 billion (£66 billion) hole in its budget to fill after Brexit, and now a world economic collapse on top of everything else, the future of the European Union looks decidedly precarious. In these new circumstances, how well will the UK get on in a world where trade and economies have largely collapsed? Can the UK hold together with Irish and Scottish politics threatening to blow it apart?

From the perspective of biblical prophecy, we at Tomorrow’s World often remind readers that our world is living in the “last days” before Christ returns to establish a new age on earth under His rule. These are tenuous, volatile times of economic upheaval, increasingly adverse climate and weather patterns, shifting political alliances, and—in Western democratic nations—a new wave of more conservative, populist politics fighting to replace the previous liberal, globalist agenda. Religious deception, wars, famines, and disease epidemics typified by the Four Horsemen of the Apocalypse are foretold to reach levels never before seen (Revelation 6:1–8), and the existing world order will soon disintegrate. This will lead us into the time of “Jacob’s trouble” (Jeremiah 30:4–7), when the modern descendants of the ancient patriarch Jacob—including the nation of Israel, yes, but Britain and the U.S. in particular—will be drawn into their greatest time of trouble and testing.

We live in most serious times. Now is the time to do as Jesus Christ admonished and take heed to ourselves, lest our hearts be weighed down with the cares of this life (Luke 21:34). Indeed, He has warned us all, “Watch therefore, and pray always that you may be counted worthy to escape” (v. 36). 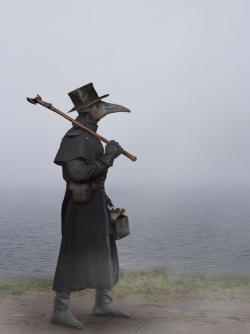 Parenting During a Pandemic

A World on the Brink