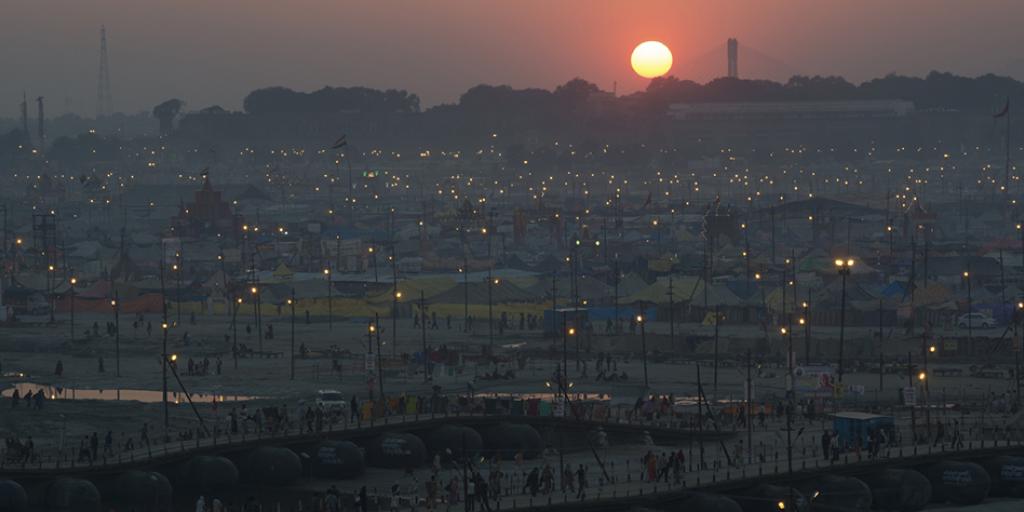 Leaders Past, Leaders Future—Indira Gandhi at 50

Today we may take for granted the presence of women as world leaders. Such was not so common 50 years ago, this month when Indira Priyadarshini Gandhi (no relation to nonviolence advocate Mohandas Gandhi) became India’s Prime Minister—13 years before Margaret Thatcher became the United Kingdom’s first female Prime Minister and 39 years before Angela Merkel earned that distinction in Germany.

Most who had known the young Indira Gandhi saw her as little more than the insubstantial daughter of India’s founding father Jawaharlal Nehru; as a politician, most assumed, she would be an easily manipulated figurehead. Though she was a well-educated member of independent India’s ruling elite, carried into politics by her father’s death in 1964, she carved out her own legacy that caused many who had supported her father to view this strong-willed daughter with distrust and even hatred.

On the one hand, many praised her for tackling food shortages, caste tensions and international conflicts, and for balancing Indian national interests with the former British colony’s leading role in the Non-Aligned Movement. She won a war against Pakistan, and aided in the formation of Bangladesh after East Pakistan seceded from its parent nation. Yet she was also imprisoned twice, accused of electoral malpractice in seizing emergency powers and lambasted for grooming her sons to inherit positions in what was supposed to be a democratic government.

Was she a despotic autocrat or a visionary leader? She cut such a figure of leadership that some later compared her to Margaret Thatcher, yet her enemies saw her as a corrupt beneficiary of nepotism in power politics.

Despite the controversies surrounding her, Gandhi’s rapport with India’s public was so strong that even after the 1974 emergency powers scandal and a prison term after her third term as Prime Minister, she was swept back into power for a fourth term in 1980 by a populace seeking decisive leadership her opponents seemed unable to provide.

Arguably it was such decisive leadership that cost Gandhi her life. When in June 1984 she took the controversial step of authorizing military action against Sikh revolutionaries, sending Indian army troops into Sikhism’s most holy shrine at Amritsar, outraged Sikhs held her responsible for the hundreds of deaths that would ensue. Five months later, two of Gandhi’s own Sikh bodyguards would assassinate her.

So, was Gandhi a “good” leader? She was known to have once said of herself: “I know the condition of the people. There’s nothing I can see that I don’t know about already. It’s not that you don’t feel it, but—it’s like a nurse and illness. You see it in perspective.” There is sobering truth behind her words: who says governing 700 million people is easy? Perhaps there were times when there seemed to be no good choices! Who is best equipped to make those choices? Was Gandhi? What about leaders today?

What really makes a good leader? Jesus Christ gave this instruction to His disciples, when they argued over who would be the greatest: “You know that the rulers of the Gentiles lord it over them, and those who are great exercise authority … Yet it shall not be so among you; but whoever desires to become great among you, let him be your servant” (Matthew 20:25–26).

The Apostle Paul said true Christian leadership comes from “serving one another through love” (Galatians 5:13)—not seeking power for its own sake, fighting over “perishable crowns.”

World leaders past and present may rarely live up to these standards—no matter how good their intentions—but God is working with men and women right now, preparing future leaders who will be able to solve the world’s problems with spiritual power and wisdom, rather than the tools of military and political force. Indira Gandhi’s legacy was marked, like so many others, by the ups and downs of operating on human strength—and weakness! God’s plan for future leaders will ultimately teach mankind a better way!

Learn what God expects of true leaders. Order the booklet What Is a True Christian? and read “Elected by Men, or Appointed by God?” for more perspectives on world leaders of today—and the future.