This iconic and famed document, called Magna Carta, is widely considered the foundational document of English liberty, and the chief defense against arbitrary and unjust rule in the nation. Yet it may come as a surprise to learn that it did not start out with such an illustrious pedigree. Indeed, the original document contained very few sweeping statements of principle; rather, it mainly dwelt upon a series of practical concessions wrung from an unwilling king by barons who were determined to curtail his power.

Becoming a Charter of Lasting Importance

King John quickly rejected the Runnymede document, not least because one of its provisions gave barons the right to seize the king’s properties if he failed to observe the terms of the charter. Pope Innocent III declared Magna Carta null and void, in return for the king’s submission to universal papal authority. England soon descended into civil war.

Had King John not died a year later, Magna Carta might have been lost forever. But his son and successor, the nine-year-old Henry III, went along with the document (via his Regent), to build support among the barons. The original 1215 document was soon modified, rescinding its provisions that were most restrictive against the king. The modified Magna Carta passed into law in 1225. In 1297 it was placed on the statute book of England and Wales, where it remains to this day.

As England’s feudal system changed over time, the document’s legal relevance has diminished, as all but a very few of its provisions have either been repealed or superseded. The remaining provisions, still in effect in English law, are as follows:

What has endured, however, is the overriding principle behind the document’s provisions—that government by the king must be subject to law. No one was to be above the law.

“Magna Carta was the first programme of reform in English history,” wrote historian David Horspool in his book The English Rebel. It was the first document that forced a King of England to limit his powers and protect the privileges of the feudal barons. It influenced the adoption of constitutional law throughout the English-speaking world, and strongly influenced the United States’ Constitution.

Magna Carta, God and the Bible

The 800th anniversary of Magna Carta will provide an opportunity to affirm the ideals of individual freedom, liberty and justice in a world where such ideals are not always respected. But neither should we forget the strongest of connections among Magna Carta, God and the Bible.

Magna Carta acknowledged that King John ruled by “the grace of God.” The provisions of the charter were for “the health of our soul and those of our ancestors and heirs, to the honour of God, the exaltation of the holy Church and the better ordering of our kingdom.” With those words, the charter explicitly pledged submission of its parties to God’s governance over mankind for its greater good. The charter acknowledged God’s existence, and sought to be consistent with His will. “Since we have granted all these things to God, for the better ordering of our kingdom….” To a great extent, Magna Carta follows the biblical pattern of government by covenant.

Sadly, as the English-speaking nations prepare to celebrate a noted anniversary of this revered Charter, belief in God and in His word—the Bible—is rapidly diminishing. Yet the Bible, from which the authors of Magna Carta sought to derive their authority, is the ultimate and pre-eminent legal document in world history.

Magna Carta was a charter intended to preserve the rights, freedoms and temporal liberty of the English from a tyrant king. The Bible represents nothing less than a Great Charter for all of humanity, heralding the ultimate spiritual freedom from death and the tyranny of Satan, the present god of this world. Yet while Magna Carta was given grudgingly by England’s king, under coercion, to provide a somewhat greater degree of justice, God gave His great Charter for humanity freely—planned from the beginning of time and guaranteeing perfect justice for all, past, present and future!

Though it was affirmed by the oaths of all parties, Magna Carta could only be as reliable as the fragile and unsteady human nature on which its signatories relied. By contrast, God’s great Charter is totally reliable, resting on His immutable promises confirmed by His inviolable oath (Hebrews 6:13–20). While Magna Carta was made legal and binding by the king’s Great Seal, so God’s great Charter, which He calls His “everlasting covenant,” is permanently sealed with the shed blood of Jesus Christ (Hebrews 13:20–21).

Those who recognize Magna Carta’s greatness in human terms should be able to see that God and His word—the Bible—are far greater by innumerable orders of magnitude. As the British-descended peoples turn their attention to the 800th anniversary of this foundational document, should we not be paying even more attention to the document that undergirded it, and to the message of that document, which offers liberty not just in this life but for all eternity to those who believe and act upon the covenant it offers? 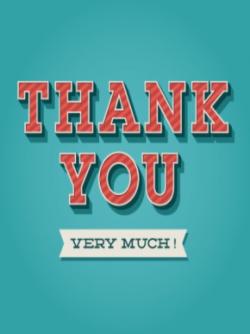 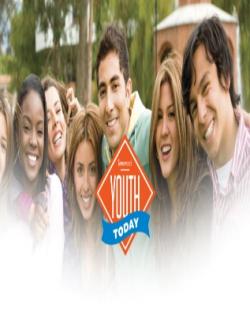