Lebanon Will Be Restored | Tomorrow's World 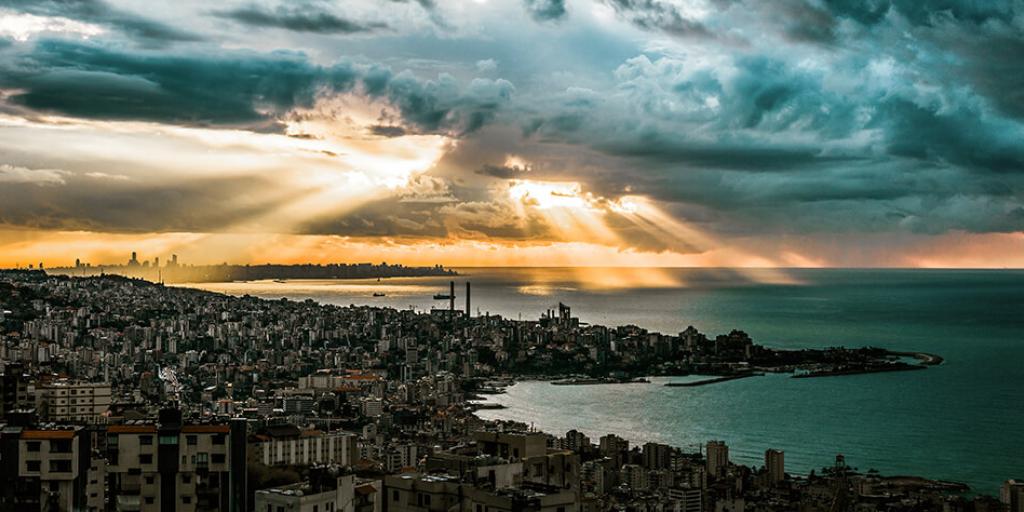 As the countries of the world reel from the debilitating effects of the coronavirus pandemic and tensions erupt in political strife and division, a literal explosion in the smallest country in the Middle East has grabbed everyone’s attention. The massive blast occurred at the seaport of Beirut, Lebanon, when 2,750 tons of ammonium nitrate exploded. The material, which under certain circumstances can be unstable and become a powerful explosive, had been stored in a waterfront warehouse since 2014. It is not yet known what caused the chemical to detonate.

The magnitude of the Beirut explosion is hard to grasp. It left a crater 200 yards across and was heard up to 180 miles away. The death toll stands at 157 and will undoubtedly increase. Over 5,000 people have been injured and 300,000 people have been rendered homeless. Most of Lebanon’s food is imported, so extensive damage to the port will interrupt food distribution, not to mention the loss of the country’s biggest stockpile of grain, which was stored right next door to the blast site. An international relief effort is underway to aid the devastated country.

Lebanon, once known as “The Paris of the Middle East,” has in recent decades been a country in crisis. Civil war wracked the country from 1975 until 1990. In more recent times, frequent terrorist activity and a heavy influx of refugees has taken a heavy toll, impeding economic growth. A currency crisis is making it difficult for the nation of six million people. The nation is also hampered by a corrupt bureaucracy. For example, for years, the Head of Customs repeatedly warned the various agencies in charge against the danger of storing large quantities of explosive materials in a densely populated area, but to no avail.

As we grieve with the suffering people of Lebanon, the obvious question is, “Why does this kind of disaster occur?” Or, “Why does a loving God allow such suffering?” These are important questions. There are answers, but they are found in a source to which few people turn, the Holy Bible.

Anciently, the first couple, Adam and Eve, were distracted and misled by Satan and rejected God’s instructions. They were evicted from the Garden that God had prepared for them and they had to fend for themselves (Genesis 3:17–19). Later, through Moses, God revealed His code of conduct, the Ten Commandments, which, if obeyed, would bring peace and prosperity. However, if His instructions were ignored or despised, the results would be disastrous (Deuteronomy 28:15–62 and Leviticus 26:14–31).

Solomon, with God-given wisdom, gave this insight into the human condition, “I returned and saw under the sun that the race is not to the swift, nor the battle to the strong, nor bread to the wise, nor riches to men of understanding, nor favor to men of skill; but time and chance happen to them all. For man also does not know his time; like fish taken in a cruel net, like birds caught in a snare, so the sons of men are snared in an evil time, when it falls suddenly on them” (Ecclesiastes 9:11–12). It was true in his day, and it is true today.

Jesus Christ addressed the subject when tragedies occurred in His time:

Was Jesus unconcerned about these people whose lives were cut short? No! Those victims back then and the victims of this current horrific tragedy are included in God’s Plan for all mankind. The Apostle Peter put it this way: “The Lord is not slack concerning His promise, as some count slackness, but is longsuffering toward us, not willing that any should perish but that all should come to repentance…. Nevertheless we, according to His promise, look for new heavens and a new earth in which righteousness dwells” (2 Peter 3:9, 13). Isaiah prophesied that the “Glory of Lebanon” will be restored (Isaiah 35:2).

The Bible makes it plain that Satan the Devil is the "god" of this age, and the evil, tragic circumstances that you see all about you occur under his influence (2 Corinthians 4:4). That will change dramatically when Jesus Christ returns in power and glory to establish the Kingdom of God on earth. Those who repent now and seek first the Kingdom of God and His righteousness will be a part of that Kingdom (Matthew 6:33). Those who have lived their lives under Satan’s influence who have never known God’s Plan of salvation will have their first opportunity after the resurrection to fully understand and have their part in it.

This is the message of the Tomorrow’s World program and the work of the Living Church of God. If you want to understand this message that brings hope and peace of mind you can access it, free of any charge, at TomorrowsWorld.org.