Long to Reign Over Us | Tomorrow's World 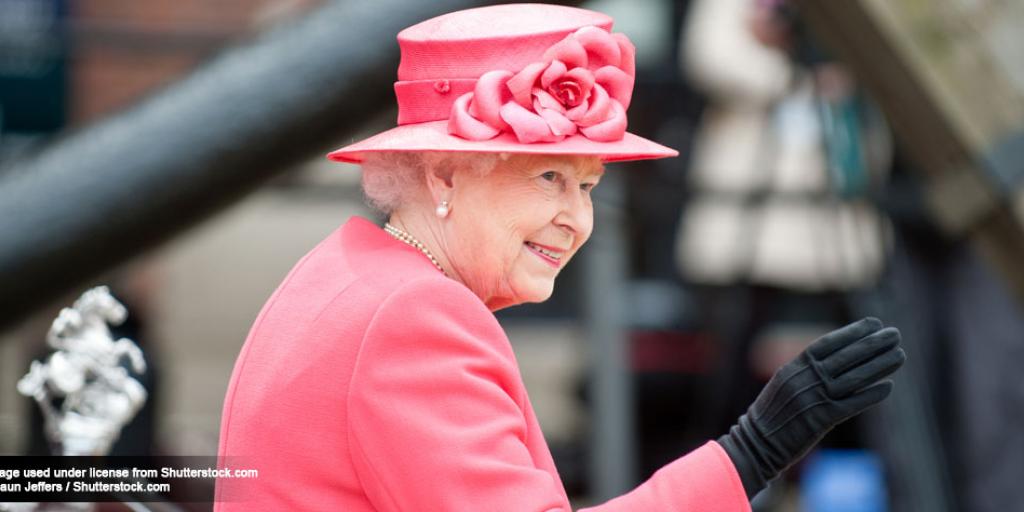 Long to Reign Over Us

On September 9, 2015, Her Majesty Queen Elizabeth II officially became the longest reigning British monarch—longer than 40 other kings and queens. She is the most respected figure in British public life, acclaimed by world leaders and admired worldwide for her dedication to duty. Twelve U.S. Presidents have served during her reign. Much has changed in the U.K. during her nearly 64-year sovereignty, with moral decline and social changes gathering pace. In a recent U.K. moral leadership poll, the Queen came first before even religious leaders. What lessons can we learn from the Queen’s extraordinarily successful reign?

Her reign began at age 25 when King George VI died in February 1952. At her June 1953 coronation, the Anglican Archbishop of Canterbury placed the crown on her head as she sat on the same Coronation Chair used since 1308, with the Stone of Scone (also known as Jacob’s pillar stone) underneath. The ceremony was modeled after that of King Solomon (1 Kings 1:38–39). Today, more than 60 years later, the Queen at age 89 continues to exemplify responsibility to her people and to value her divinely sanctioned appointment, though not many Britons would recognize it as such.

The Queen’s reign epitomizes a 1937 Times editorial, which said that successful rule does “not [rely] upon intellectual brilliance or superlative talent of any kind, but upon the moral qualities of steadiness, staying power and self-sacrifice.”

Much has changed in the United Kingdom during Queen Elizabeth’s reign. Social reforms saw the decriminalization of homosexuality and abortion. Divorce laws were relaxed and capital punishment was banned. These transformations were undoubtedly linked with changes in religious practice. In 1990, only 1 in 7 described themselves as “active members of a Christian church.” For most believers, formal expressions of faith have become less important than in years past.

Britain’s membership in the European Union has also led to marked erosion of national sovereignty and transfer of powers to Europe. The nation now has a large budget deficit, with austerity and cost saving measures in place. At the same time, there has been major growth in the U.K. population, with increases in both large-scale immigration and life expectancy.

Over the years, some have tried to damage the Queen’s reputation—and that of the monarchy in general—but she has survived with cunning, grace and strength of character. In the Queen’s 2002 Golden Jubilee message, she described her “Gratitude, respect and pride. These words sum up how I feel about the people of this country and the Commonwealth—and what this Golden Jubilee means to me.” She has, to some degree, changed with the times and recognizes that she reigns to serve the people of her nation. In turn, the public continues to recognize and celebrate her. Many U.K. citizens have known no other monarch and never sung the words “God Save the King” as the national anthem, only “God Save the Queen.”

On September 9, the Queen exceeded the reign of her great-great-grandmother Queen Victoria. She will be resident as usual in September at Balmoral Castle in Scotland, and plans a small public appearance to open a new railway line.

Prince William the Duke of Cambridge, writing in the preface to a new biography of his grandmother, Elizabeth II: The Steadfast by Lord Douglas Hurd, states: “All of us who will inherit the legacy of my grandmother’s reign and generation need to do all we can to celebrate and learn from her story. Speaking for myself, I am privileged to have the Queen as a model for a life of service to the public.”

Do you realize you could have an opportunity to reign much longer than Queen Elizabeth II? Scripture describes the truly converted Christian’s potential role within God’s government after Jesus Christ’s return as kings and priests (Revelation 5:10). This reign is going to last over 1,000 years (Revelation 20:4–6)! Are you preparing now, growing in godly character and moral fortitude that God requires in such leaders (2 Samuel 23:3; Proverbs 8:15–16; 29:4)? Request our free booklet Your Ultimate Destiny to find out more about your incredible future, and watch “Is God Calling You?”