Few today realize that the God of the Bible is real, or that He has a plan, and that He actually guides the course of history (Daniel 4:17, 25, 35). Fewer still know that Bible prophecies reveal the future of specific nations—that God “makes nations great, and destroys them; He enlarges nations, and [shrinks or disperses] them” (Job 12:23; Daniel 2:21). However, the recent rise of Germany to a position of dominance in Europe was predicted thousands of years ago in Bible prophecies that are coming alive today! Those ancient prophecies explain the real significance of Germany’s rise to prominence and why you need to understand what will happen in the not-too-distant future.

The transformation of Germany in the last 60 years is an amazing feat of going from rags to riches! In 1945, at the close of World War II, Germany was a heap of smoldering ruins, defeated and dependent upon foreign aid. However, the Germans became eager pupils of democracy and adamant pacifists. Due to wise planning, hard work and thrifty living, Germany has emerged from the ashes of defeat as the wealthiest nation with the strongest economy to become the dominant power in Europe. Germany’s strong economy and high-value exports have given the Germans increasing economic clout in Europe—lending money to other European nations struggling with overwhelming debts. The European financial crisis was the trigger that pushed Germany to be more assertive and pursue a more significant role in Europe and on the world stage (Christian Science Monitor, January 30, 2012).

Although appearing reluctant to lead, Germany is being urged to “take responsibility” for the future of Europe—which is also a remarkable development. The European Union was designed to tie Germany into Europe to harness its aggressive tendencies and curb its desire to dominate. However, the EU is no longer a cage for Germany, but the avenue that has allowed Germany to emerge as the dominant player in the “great game” in Europe. German loans prop up ailing European nations. German bureaucrats in Brussels outnumber those from France and Britain, and Germany largely determines EU policy (Sunday Times, November 24, 2013). British writer, Peter Hitchins has stated, “the EU is the new German Empire.” The financial crisis and Germany’s reluctant response to bail out other European countries gave Germany the “empire” that it has long desired. As one source observed, “Germany has achieved by stealth [or by accident] what it failed to achieve by force of arms” (Stratfor, March 16, 2010).

As Germany assumes more “responsibility” for Europe by providing funds to floundering neighbor economies, the Germans appear ready to be the “schoolmasters” for Europe—telling other European nations how to manage their budgets and run their countries (German Europe, Beck, p. 63). As German influence grows in Brussels, other nations in Europe recognize when Brussels seeks to exercise more power, it is actually Berlin that is calling the shots. Europe is witnessing a major power shift—from Brussels to Berlin and from France to Germany—which will have important consequences.

The European Union started as an attempt to draw the nations of Europe together as equals—to prevent future wars. However, the European financial crisis advanced and concealed Germany’s rise, and German dominance has created a hierarchy in Europe instead of equal participation. If a crisis develops over the euro or a potential fracture of the EU, European leaders could suspend agreed-upon rules and allow Germany to act on its own in an attempt to be the “savior” of Europe. German sociologist Ulrich Beck warns that actions spurred by impending crises could have “unintended consequences” and “result in the birth of a political monster” (Beck, pp. 28, 50).

German leaders are also attempting to point Germany in a new direction—away from its pacifist past—towards assuming responsibility for military operations on a broader scale. Germany’s experience in Afghanistan gave German soldiers combat training and confidence (spiegel.de/international, October 15, 2013). German leaders are now suggesting that since Germany took the lead in addressing the financial crisis, Germany should lead the way in military cooperation for the defense of Europe (Geopolitical Weekly, February 4, 2014; The Times, February 9, 2014).

But what is the real significance of Germany’s rise to dominance? What does it mean for the future of Europe and the world? Bible prophecies have long foretold that just before the return of Jesus Christ, a “beast” power with links to ancient Rome will emerge in Europe (Daniel 2:40–44). This European power of “iron and clay” will be powerful, but fragile, and only last a short time (three and a half years; Revelation 13:5; 17:10). It is referred to as “the King of the North” and will invade the Middle East—possibly on a peacekeeping mission (Daniel 11:40–43). The leader of this end-time European power is also referred to as “the beast,” and his emergence and military capabilities will surprise the world (Revelation 13:1–4). Other prophecies (Isaiah 10:5–11) indicate this European beast power will be led by Assyria—modern-day Germany—and that ten nations will surrender sovereignty to this centrally organized power (Revelation 17:12–13).

In light of these prophecies, Germany’s rise to power in Europe has been sobering to watch. Ulrich Beck states, “nobody intended this to happen… Germany’s rise… is not the consequence of a secret master plan… it was the involuntary and unplanned product of the financial crisis and its anticipation of disaster” that “catapulted” Germany into its dominant position (German Europe, pp. vii, 3, 54). Beck also notes that “Europe builders” could use the fear of an impending crisis—collapse of the euro or breakup of the EU—to urge European nation states to surrender more sovereignty in a push for a political union and a federal Europe (ibid, pp. 28–29). Italian Renaissance writer Niccolo Machiavelli noted that “impending catastrophes throw up opportunities” that can be seized by a person with a desire for power (Beck, p. 46). An imminent crisis in Europe could bring the prophesied “beast” to power.

It is hardly a coincidence that German Foreign Minister Guido Westerville has also formed a Berlin Group of about ten other nations to discuss the future of Europe (presseurope.eu, June 20, 2012), when prophecies in Revelation 17:12–13 and Daniel 2:43–44 indicate that ten kings will join the beast to form the core of an end-time beast power in Europe. American professor Walter Russell Mead has “urged Germany to lead a Holy Roman Empire [in Europe] rather than a Prussian conquest” (thelocal.de, October 8, 2013)—without realizing this revived European beast power will be a rival to America and be used by God to punish godless Israelite nations (Isaiah 10:5–7). Perceptive observers recognize something significant is happening in Germany and Europe. Yet, few today realize that God is guiding the course of events as He works out His plan on earth. The question is, do you recognize what is behind the end-time rise of Germany, and will you be ready when Christ returns? 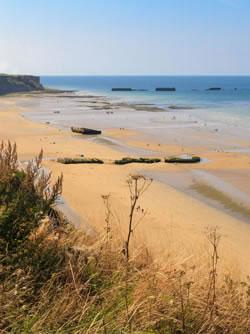