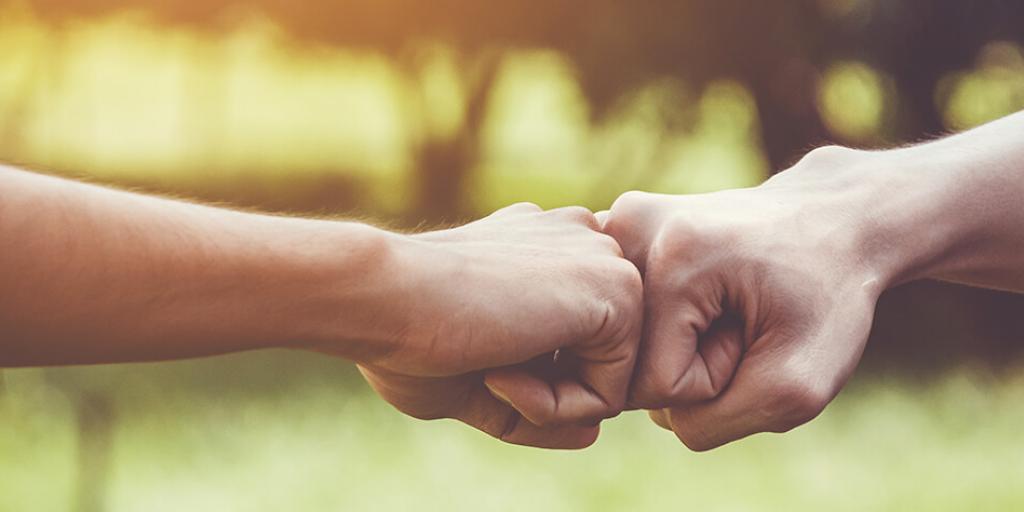 If you asked my cousin about loyalty, he would tell you about manning a machine-gun post during World War II on a Pacific Island. During an attack by the enemy, his aide deserted him and he was left to fend for himself. He was horribly wounded, and though he lived to come home, his experience left him handicapped and bitter for the rest of his life. Will trials and betrayal do the same to you?

There is an interesting comparison between my cousin and his aide. They both were soldiers—they each wore the same uniform, each had the same training. The difference was that one stayed at his appointed post and one quit in the heat of battle. The world faces another time of trial and tribulation, and we all must ask the question: “What will I do when the chips are down?”

Some professing Christians merely have physical knowledge (they know what the Bible says), while others are converted (they practice what they know). The chief goal for true Christians is to go through the learning years of this life and overcome the world—to undergo real conversion. And along the way, many have faced—and will face—charges, betrayals, and hurt. When you face hardship, do you remember that others have had similar experiences—if not worse? Learning to forgive is part of Christian training—and in order for that training to really “sink in,” it must sometimes be done on the battlefield while facing the enemy.

When threatened, people generally prefer to stay in their “comfort zone”—a protected area where they can defend themselves from hurt or betrayal or being taken advantage of in any other way. But, when God calls people, He asks them to take their defenses down. They are asked to forgive and learn to turn the other cheek, and this is hard to do. Human nature is to cling to offenses—to hold grudges, and to seek to get even. But the Bible warns that this approach ends in bitterness and death, and can even defile and rob true Christians of their salvation (Ephesians 4:31; Hebrews 12:15).

God’s way transcends these carnal attitudes by redefining the rules we live by and promoting selfless love and loyalty. Love and loyalty are words that have a lot in common. Being faithful is being loyal and showing love is also being faithful. Through the degeneration of our society, the word “love” is now commonly confused with physical attraction, sexual desire, and even perverse and obsessive lusts. However, Christian loyalty and love rise above these things. In 1 Corinthians 13, we find what is called the love chapter. The chapter ends with verse 13, “And abide faith, hope, love, these three; but the greatest of these is love.” We learn a lot when we read and analyze the chapter. A love is described in verses 4–8 that is truly hard to find, a selfless love that “never fails” and is totally outward, asking nothing in return.

This is a kind of love that requires forgiveness, even when another person says or thinks “I can’t stand you,” or even hates and considers you their enemy. It was the kind of love God showed in full measure when He sent His Son to die for a world that hated Him (John 3:16).

Have you found the strength to forgive those who abandoned a post in this life? Is it high time for you to return to any you have abandoned? It could make all the difference between bitterness and defeat, or being offered a permanent, eternal post in God’s Kingdom. Read our powerful booklet, The World Ahead: What Will It Be Like? and watch our Tomorrow’s World telecast “Christ Will Return Soon!”—they will help you learn more about God’s love and loyalty, and the reward He is preparing for those who are loyal to Him.