A recent survey by The Reputation Institute surveyed more than 27,000 people from the G-8 countries, to arrive at a reputation ranking for 50 countries around the globe. The result? “Canada has the best reputation, for the third year in a row” (Barron’s, August 19, 2013).

Such surveys and reports are not unnoticed by Canadians, who pride themselves on tolerance, inclusion and good government.

When it comes to human government, Canada certainly has much to be pleased with, but its governance has not seemed uniformly good in recent years. Last November, Montreal mayor Gérald Tremblay resigned amid allegations of corruption. “Tremblay continued to deny any direct knowledge of corruption within his administration on Monday evening, saying in his speech that ‘crooks’ within his circle had betrayed his trust” (“Montreal mayor’s resignation called ‘courageous,’” CBC News, November 6, 2012).

Michael Applebaum was chosen as Montreal’s interim mayor, but he too resigned after 14 counts were laid against him alleging fraud, breach of trust, conspiracy, municipal corruption and secret payments. According to a Reuters report, “His departure will do little to help the reputation of Quebec, where a two-year public inquiry… is unearthing almost daily allegations of contract rigging, kickbacks and fraud going back many years” (“Montreal mayor resigns, says will fight corruption charges,” June 18, 2013).

While Canada’s second largest city is mired in accusations of corruption, its largest city fares no better. Toronto’s colorful mayor, Robert Bruce “Rob” Ford, seems to be all over the news for all the wrong reasons: illegally driving while talking on a phone, making an obscene gesture to a woman and her six-year-old daughter and being intoxicated in public on several occasions. He has also been accused of much more serious offenses; three reporters claim to have seen a video of him smoking crack cocaine, but after a week of silence (during which several of his trusted senior staff members quit), he confidently declared, “I do not use crack cocaine, nor am I an addict of crack cocaine.” In spite of the accusations, Ford’s popularity remains high.

The picture is no better for national leadership. Four appointed senators are currently facing legal scrutiny; three for allegedly taking illegal tax deductions, and another for claiming inappropriate expense claims. Interestingly, two of the four were well-known television journalists before being appointed to the Senate.

Even the Canadian Forces took it on the chin several years ago with a shocking scandal. Colonel Russell Williams was the highly decorated commander of Canada’s largest airbase, CFB Trenton. He was also chosen to transport various international and Canadian VIPs, such as the Prime Minister, Queen Elizabeth II and Prince Philip. All this ended when he was arrested and later convicted of rape and the murder of two women.

Recently, Liberal Party leader Justin Trudeau confessed that he smoked marijuana more than once while holding a seat in Parliament. In response, many politicians around Canada quickly jumped on the pot-smoking bandwagon, saying they too had broken the law by smoking marijuana while in office. Apparently, they calculated that their admissions would help them gain popularity with a public morally adrift.

The failure of leadership is nothing new in Canada or elsewhere, but more and more people are growing cynical about their leaders. No matter where you turn, you seem to find a lack of personal integrity and character. Leaders entrusted to public service appear to be more interested in having the public serve them.

This should not be surprising. Leaders are a reflection of society at large, and today we see character and integrity devalued in our culture. Real belief and faith in God is on the decline, and with it, standards of right, wrong and morality in general.

Few realize that the Gospel of Jesus Christ is a message about government. Jesus came to declare the coming Kingdom of God, where rulers will not be elected, appointed or usurped by men. Jesus Himself will appoint leaders who have proven they will put the needs of others before their own.

Today’s crisis in leadership will bring about an unimaginable time of trouble. Jesus revealed, more than 19 centuries ago, that “unless those days were shortened, no flesh would be saved; but for the elect’s sake those days will be shortened” (Matthew 24:22). The only way mankind’s madness will be stopped is for Jesus Christ to return (Acts 1:6–11; Zechariah 14:1–4).

Jerusalem will be the focal point of world conflict at the time of Christ’s return, but every region of our planet will be affected before He comes to take His place as “King over all the earth.” Some nations will at first resist His rule, but He will prevail (vv. 16–19).

As regular readers of this magazine know, Scripture identifies the people of the United States and the British-descended nations, including Canada, as modern-day descendants of the ancient Israelite tribes of Manasseh and Ephraim. The prophet Ezekiel tells us that Israel’s descendants will be reunited in the future (Ezekiel 37:15–22). King David will be resurrected to rule over them (Ezekiel 37:24–25; Jeremiah 30:9). Jesus gives us further insight into who will be ruling these nations. When Peter asked what he and his fellow apostles would receive, He told them, “Assuredly I say to you, that in the regeneration, when the Son of Man sits on the throne of His glory, you who have followed Me will also sit on twelve thrones, judging the twelve tribes of Israel” (Matthew 19:28). But He did not stop there! In the parable of the minas, Jesus informs us that those who overcome and multiply spiritual fruit today will govern cities when He returns (Luke 19:16–19; Revelation 20:4).

Our leadership crisis today is one of moral character. Canada is no worse than most countries in the world when it comes to corruption of authority. Compared to some, it may even appear to be better off, but this does not excuse the rampant misbehaviour by some of its leaders. Human nature, which is made up of vanity, lust, greed and selfish ambition, is the common shortcoming of people everywhere. To solve this problem, God is working with a few men and women today whom He will appoint to positions of leadership at Christ’s return. These are not the elite of the world (1 Corinthians 1:26–29), but are people who possess the basics of leadership: self-sacrifice and outgoing concern for those governed. They are learning during this lifetime the way of give rather than get.

There can be no better advice for Canada’s future leaders, and the future leaders of every nation, than that found in Philippians 2:3–7: “Let nothing be done through selfish ambition or conceit, but in lowliness of mind let each esteem others better than himself. Let each of you look out not only for his own interests, but also for the interests of others. Let this mind be in you which was also in Christ Jesus, who, being in the form of God, did not consider it robbery to be equal with God, but made Himself of no reputation, taking the form of a bondservant, and coming in the likeness of men.” 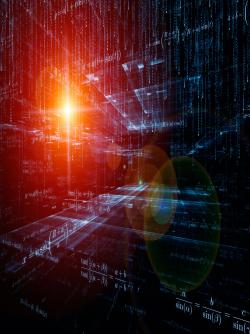