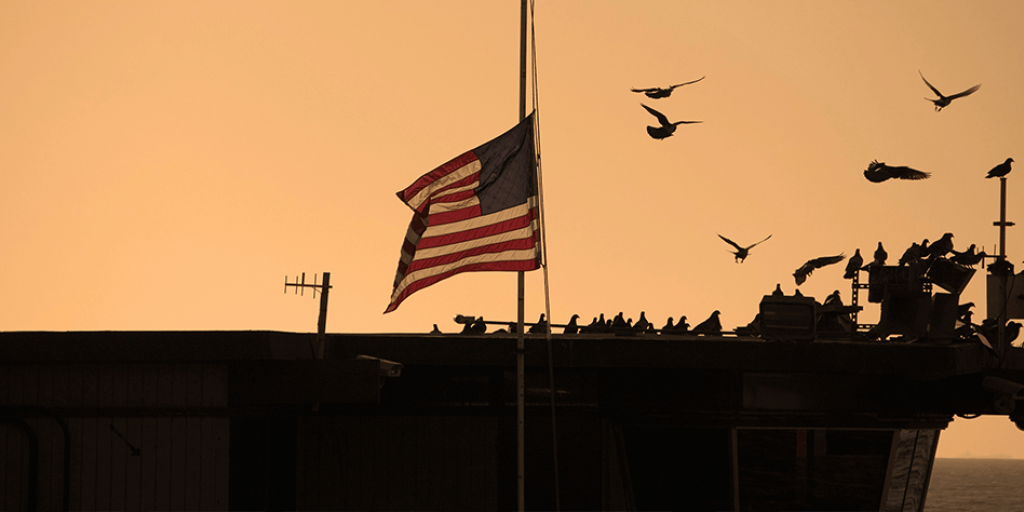 Once the nation of the United States of America was established, what role did religion play in the years following? Was there a wall of separation between religion and the state? Many believe that the Founding Fathers delivered the nation from the influence of religion and the Bible. Let us examine the facts.

"As Alexis de Tocqueville observed fifty years later (after 1791), 'In France, I had always seen the spirit of religion and the spirit of freedom marching in opposite directions. But in America I found that they were intimately united and that they reigned in common over the same country'" (Religion in American Public life, introduction by Martin E. Marty, p. 145).

The evidence that the Bible played an important part in the United States is found all around. For example, we have such cities as Bethlehem, Pennsylvania; Smyrna, Georgia; and Moab, Utah. The McGuffey's Reader was used in many schools for nearly a century. The McGuffey's Reader contained moral and biblical references, alongside classical material. In Washington, DC, religious references are found throughout the Capitol. The House Chamber contains the reference: "In God We Trust." In the Cox Corridor are the words: "America, God send His grace on Thee." In the Supreme Court Building can be found the image of Moses with the Ten Commandments.

"With 75 percent of Americans in 1776 coming out of a Reformation background, there is no question that, historically speaking, rights were viewed as a gift of God, not the government. As Madison wrote, 'A right toward men is a duty toward the Creator….' As Jefferson asked, 'Can the liberties of a nation be thought secure when we have removed their only firm basis, a conviction in the minds of the people that these liberties are the gift of God?' John Adams, for one, worried about some future day when freedom would be undermined if national leaders came to believe that humans were but 'fireflies' and the cosmos was 'without a father'" (Religion in American Public Life, pp. 146–47).

John Adams had a right to be worried. We live in a society that largely believes that we evolved from animals and that God did not create the cosmos. The United States has forgotten its ties to the Bible.

The Prophet Isaiah stated: "The ox knows its owner and the donkey its master's crib; but Israel does not know, My people do not consider" (Isaiah 1:3).

What does it matter that this nation has forgotten God and His ways?

Isaiah further states: "Alas, sinful nation, a people laden with iniquity, a brood of evildoers, children who are corrupters! They have forsaken the Lord, they have provoked to anger the Holy One of Israel, they have turned away backward" (Isaiah 1:4).

We have progressed dramatically in technology, but at the same time gone backwards spiritually and morally. Note the description that the Apostle Paul gives of our society today: "...in the last days perilous times will come: for men will be lovers of themselves, lovers of money, boasters, proud, blasphemers, disobedient to parents, unthankful, unholy, unloving, unforgiving, slanderers, without self-control, brutal, despisers of good, traitors, headstrong, haughty, lovers of pleasure rather than lovers of God" (2 Timothy 3:1–4).

It is obvious that we have retrogressed spiritually, rather than moving forward!

One reason is that we have forgotten our spiritual origins! We exude an aura of religiosity, but have forgotten the substance of God and His word. As Paul mentioned in 2 Timothy 3:5, "having a form of godliness but denying its power." We need to ask God to remove our national and individual amnesia and remember what we've forgotten! We need to remember that God is the living God. He is real and powerful. He intervenes in human affairs. He is the great Lawgiver and the Almighty Blesser.

The Living Church of God is doing its part to warn this nation, as well as other Israelite-descended nations, to wake up and return to their God. Isaiah proclaimed: "Cry aloud, spare not; lift up your voice like a trumpet; tell My people their transgression, and the house of Jacob their sins" (Isaiah 58:1).

So that our peoples can seek their God and avoid the punishment for disobedience towards Him. The Bible reveals great events that will affect the Israelite peoples just before the return of Jesus Christ. Be sure to read our free booklet, The United States and Great Britain in Prophecy, which can be ordered online. It will awaken you to vital information critical for you and your family to understand in the years ahead.