Not the Reason for the Season | Tomorrow's World 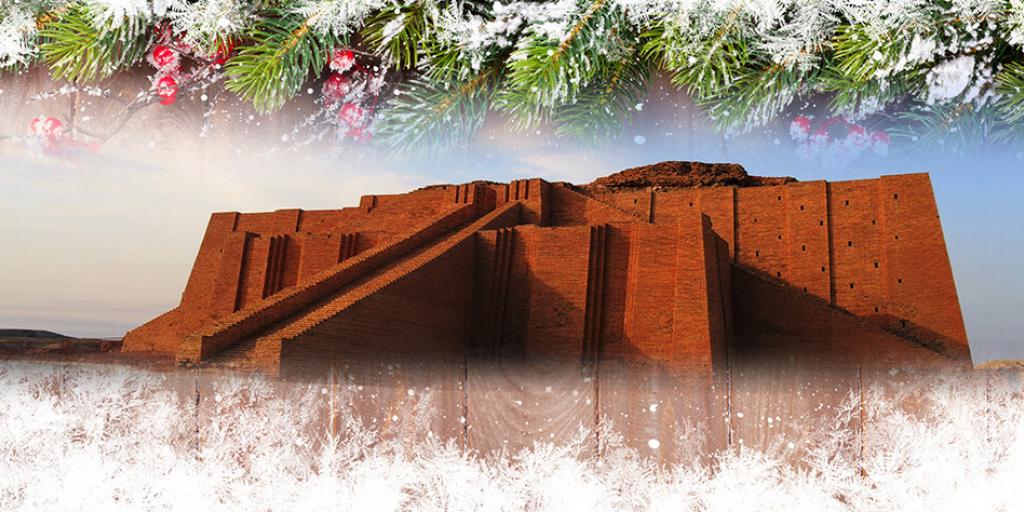 Not the Reason for the Season

Many people realize that Jesus Christ was not born anywhere near December 25 and that Christmas is rooted in ancient paganism, but will still proclaim that Jesus is “the reason for the season.” Is this true? Who is really being celebrated on December 25? Why the evergreen tree? And most importantly, is Jesus Christ really pleased?

Luke 2:1–8 tells us that Jesus was born during the time of the Roman census when the shepherds were still abiding in the fields at night. But, the shepherds were not out at night in the fields anywhere close to December 25! In ancient Palestine, because of heavy winter rainstorms, the shepherds always brought their flocks in from the countryside by no later than mid October. As Ezra 10:9–13 makes clear, by December ancient Palestine was bitter cold and rainy! So, why is Jesus’ birth celebrated on December 25?

The fact is that winter solstice celebrations preceded Jesus’ birth by more than 2,000 years; all the way back to ancient Babylon and the Babylonish “mystery religion” devoted to worshiping Baal. To honor Nimrod, reborn as the infant Tammuz, Semiramis (Nimrod’s widow) claimed that a beautiful evergreen tree sprang overnight from a dead tree stump! The ancient Babylonians then began to utilize the evergreen tree during the winter-solstice to celebrate Nimrod reborn as the sun-god! This tradition lived through the centuries, manifesting in ancient Egyptian winter solstice festivals, Roman Saturnalia celebrations and Persian Mithras worship! And ancient Israel adopted this pagan custom thousands of years ago (Isaiah 57:5)!

Notice, 2 Kings 17:10, “They set up for themselves sacred pillars and wooden images on every high hill and under every green tree.” And, describing how wicked king Ahaz adopted this Babylonish worship, 2 Chronicles 28:2–4 recounts, he “burned his children in the fire, according to the abominations of the nations … and he sacrificed and burned incense on the high places, on the hills and under every green tree.”

Just years before ancient Judah fell into captivity, the prophet Jeremiah famously rebuked them for their Baal worship. Notice, Jeremiah 3:6, “The Lord said also to me in the days of Josiah the king, ‘Have you seen what backsliding Israel has done? She has gone up on every high mountain and under every green tree, and there played the harlot.’” Jeremiah’s warning to ancient Judah applies today! “‘Only acknowledge your iniquity, that you have transgressed against the Lord your God, and have scattered your charms to alien deities under every green tree and you have not obeyed My voice,’ says the Lord” (v. 13).

Ancient Israel and Judah loved their pagan, pre-Christmas winter solstice celebrations! They refused to repent of Baal worship. So, their nations collapsed and they went into captivity. Today, “modern Israel” is repeating the pagan rebelliousness of ancient Israel, and without real repentance soon, modern Israel will suffer the same correction (Jeremiah 30:7).

The vast majority of those who celebrate Christmas are friendly, sincere, but deceived people. But, it is no secret that Christmas is of pagan origin and was not celebrated by the early post-Apostolic church. The Catholic Encyclopedia admits these very facts! “Christmas was not among the earliest festivals of the Church … the first evidence of the feast is from Egypt.”

Does it really matter? Yes it does! Jesus is not “the reason for the season”—Baal is. True Christians are forbidden from adopting pagan customs to honor God (Deuteronomy 12:29–32, Jeremiah 10:2, 2 Thessalonians 2:15) and are commanded to “come out of” this Babylonish system (Revelation 18:4)! God the Father and Jesus Christ are of the same mind (John 10:30), and in Their eyes these pagan celebrations are “abominations” (Jeremiah 10:3–4; Ezekiel 8:13–14)!

To learn about the Holy Days that Jesus Christ wants you to celebrate, please request The Holy Days—God’s Master Plan. And to better understand why celebrating Christmas does not please Jesus, please read the Tomorrow’s World article, “Christmas: Harmful to Children?”