Nothing “Hallowed” About Halloween 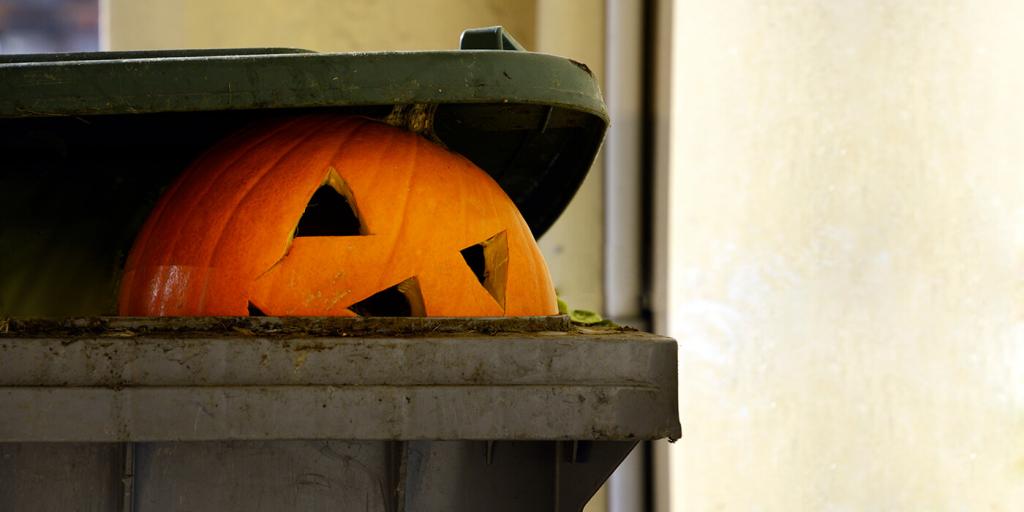 Nothing “Hallowed” About Halloween

The word “hallowed” means made holy or consecrated. There is nothing hallowed in the celebration of Halloween.

Like some other holidays that originated in paganism but are celebrated by “Christian” churches today—albeit with new names—Halloween also marched right out of pagan religious practices and into mainstream religion. New labels were applied to centuries-old trappings, traditions, and celebrations from the pagan world, and these practices continued to be observed on or around the same time of the year.

Halloween celebrations today still promote evil, dark, and demonic themes that are decidedly not holy. For instance, witches are a popular Halloween symbol. Are witches godly? Here’s a hint: check out Deuteronomy 18:10. What about ghosts, goblins, haunted houses, animated skeletons, and zombies? Or vampires and many other murderous and monstrous characters, old and new? Does God want us watching horror-filled Halloween movies?

Most of the Halloween traditions, costumes, decorations, and paraphernalia have evil, dark, grotesque, scary, bloody, and deadly themes. Games associated with Halloween include divination and superstitious practices to “see into the future.” There is nothing remotely godly or holy in these things, and nothing about them promotes any teaching of Jesus Christ or anything biblical.

Did Christ anywhere say that a carved, evil face in a pumpkin (called a Jack-o-lantern) is a good or godly thing? What about dressing up like an evil witch, ghost, chainsaw murderer, Dracula, Frankenstein, mummy, zombie, or other demonic character whose sole purpose is death and destruction? Are the many Halloween-themed movies wholesome and good? Is playing pranks on others a Christian principle? Is this what Jesus taught? Not at all.

Some Christian leaders attempt to claim the early Christian Church originated the Halloween festival in honor of dead saints, but that is not widely accepted. In fact, the controversies about this holiday have festered for centuries—and continue today. There is no directive in the Bible to honor the dead with such observances, which strengthens the argument that Halloween is nothing more than a rebrand of pagan festivals for the dead, long observed in various forms by many nations and peoples all over the world.

Can you really justify letting your children participate in all of the devilish evil of this holiday simply “because the children have fun dressing up and getting free candy”? The real question is whether or not Jesus Christ would approve.

What principles are espoused in the Bible? God told Israel not to ask how other nations served their gods so they could imitate such practices. He declared that they should not worship Him in that way, but should instead simply follow His commands—neither adding to nor taking away from them (Deuteronomy 12:30–32). Israel was told not to even mention the names of other gods (Exodus 23:13).

2 Kings 17 demonstrates what God thinks about things rooted in evil. During the reign of King Hosea of Israel, the northern ten tribes of the Israelites were carried away captive by the king of Assyria because they had sinned by walking in the religious practices of the nations God had cast out of the Promised Land (vv. 7–8) They set up wooden images (v. 10), and did many wicked things that the Lord had said not to do (vv. 11–12, 15). They practiced witchcraft, soothsaying, and the rituals of other nations (vv. 17, 33).

To put it simply and plainly, it is impossible to “Christianize” pagan customs. We should not adapt the traditions and practices of ancient pagan festivals for the dead—put a new coat of paint on them, so to speak—and think God will be pleased. Such practices do not somehow honor dead saints who strove to live righteous lives and follow God, some of whom spoke the very words quoted above. There is nothing hallowed in Halloween.

If you would like to know in great detail about the true holy days and observances practiced by the church that Jesus Christ built, be sure to order or read online The Holy Days: God’s Master Plan, today. Don’t forget also to check out the Tomorrow’s World telecast “What Happened to the Christianity of Christ?”