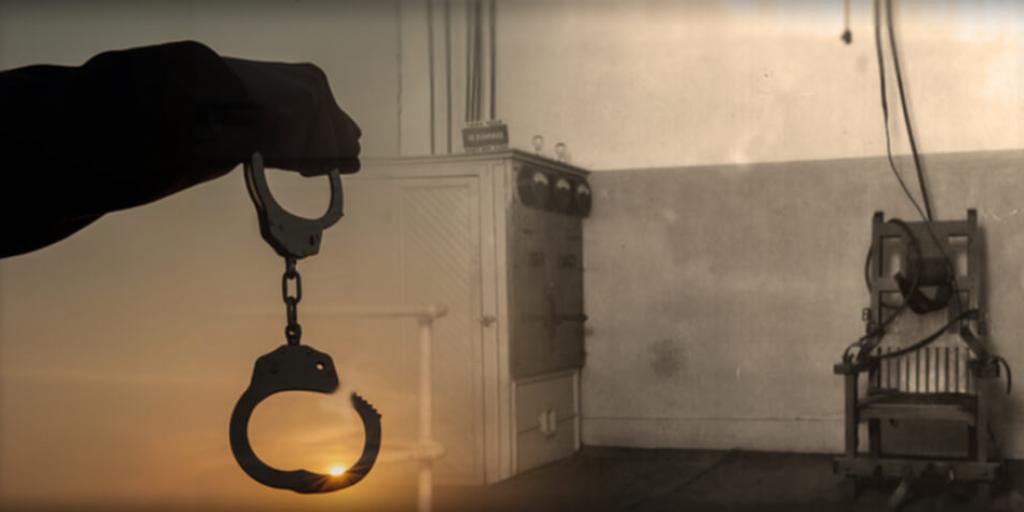 As a student at Southern Arkansas University in 1959, I enrolled in a course in criminology—not because of any particular interest in the subject, but because it included field trips to prisons, which was more interesting than classroom work. We visited two state prisons and one federal penitentiary. At that time, “Death Row” was located at the Tucker unit of the Arkansas Department of Correction in Jefferson County. As we toured the facility, we came to the execution chamber—a stark, bare room with a rough-hewn, high backed, heavy oak chair known as “Old Sparky.”

The chair was fitted with electrical connections to perform its lethal purpose. Being an adventurous sort, when asked if anyone would like to try it out, I volunteered and sat in the chair where over 100 men had paid the ultimate price for their crimes. Sobering!

This distant but vivid memory was recently brought rushing back to mind as the state of Arkansas prepared to execute several men who had been on death row for over 15 years. A flurry of lawsuits and motions for delay ensued, as defense attorneys and death-penalty opponents attempted to stop the process. Widespread media attention shined the blinding glare of publicity on the state, as officials pressed to carry out the sentences. The execution of two inmates was delayed, but four other executions were carried out in a period of eight days.

The death penalty for capital crimes stirs very strong emotions and deeply held beliefs on both sides of the issue. Many decry the practice as a barbaric relic of a former time. Others believe that it is a just method of punishment and a strong deterrent to crime. In such cases of vehement disagreement, a good place to go for clarity is the Holy Bible.

There is plain instruction in the Bible on the subject, beginning early in the history of mankind: “…From the hand of every man’s brother I will require the life of man. Whoever sheds man’s blood, by man his blood shall be shed; for in the image of God He made man” (Genesis 9:5–6). God takes bloodshed very seriously.

But, who's responsible for carrying out such punishment? Paul, writing to the Church of God in Rome, gave this instruction: “Let every soul be subject to the governing authorities…. the authorities that exist are appointed by God. Therefore whoever resists the authority resists the ordinance of God… For rulers are not a terror to good works, but to evil…. But if you do evil, be afraid; for he does not bear the sword in vain; for he is God’s minister, an avenger to execute wrath on him who practices evil" (Romans 13:1–4).

Peter, the outspoken apostle, wrote, “Therefore submit yourselves to every ordinance of man for the Lord’s sake, whether to the king as supreme, or to governors, as to those who are sent by him for the punishment of evildoers and for the praise of those who do good. For this is the will of God…” (1 Peter 2:13–15).

Revelation 21:7–8 reveals the final word on the death penalty. At the close of Christ’s millennial reign on the earth, those incorrigibly wicked individuals who refuse to repent after coming to an understanding of His Truth and Way of life “…shall have their part in the lake which burns with fire and brimstone, which is the second death.”

The Living Church of God, sponsor of the Tomorrows World television program and publications, takes no political position supporting or resisting enforcement of the laws of the land—including the death penalty. We simply acknowledge that in this age, God allows the governing authorities to enforce law and order for the overall good of the citizens of the country.

“Old Sparky” is now on display in a museum. Other methods of carrying out the ultimate punishment have replaced it, but until the Kingdom of God is established on this earth, bringing perfect judgment and justice, mankind will wrestle with the controversial subject of the death penalty.

To better understand what your future holds, order and read our free booklets The World Ahead: What Will It Be Like? and Your Ultimate Destiny.