One "Strongman" to Rule Them All? | Tomorrow's World 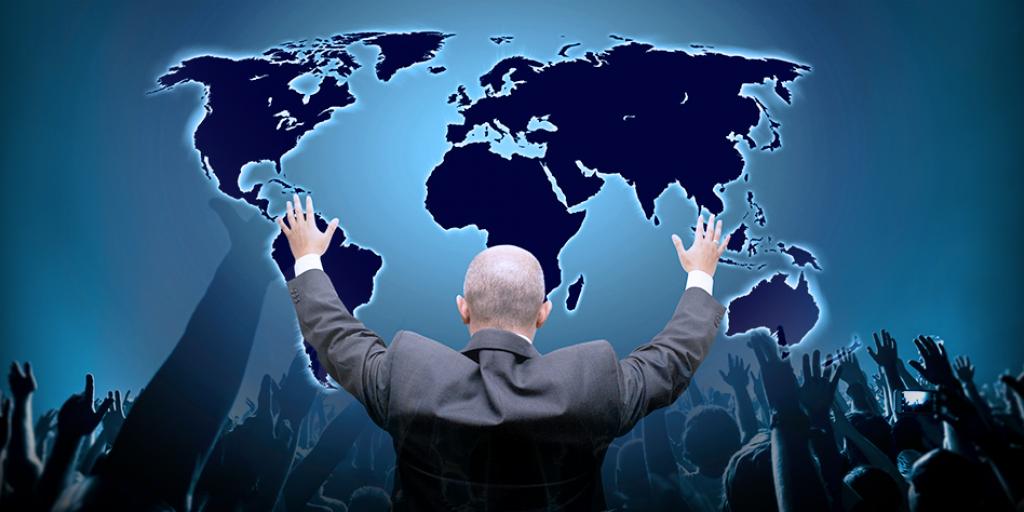 One "Strongman" to Rule Them All?

Dictators come and go, but what is happening in the 21st century? If people flock to powerful, charismatic leaders, what will happen when one comes along and promises to bring world peace before the return of Jesus Christ?

A recent article in Foreign Affairs magazine made an interesting statement about the recent rise of “personalist” dictatorships and their growing threat to U.S. foreign policy. In the article, titled “The New Dictators,” national intelligence officer Andrea Kendall-Taylor had this to say: “Strongmen are seemingly everywhere. Russian President Vladimir Putin is omnipresent… Turkish President Recep Tayyip Erdogan’s political purge following a failed military coup has won sustained attention. And even in China… the media have dubbed President Xi Jinping the ‘Chairman of Everything’ reflecting his accumulation of more power than any Chinese leader since Mao Zedong” (September 26, 2016).

The article goes on to note that while “strongman” regimes are nothing new in terms of world history, they were less common than many realize throughout recent history—especially during the 20th century: “Since the end of World War II, most dictatorships have not been run by strongmen, but by strong political parties… Although the past century had seen the spread of more collegial forms of dictatorship, personalism has come back with a vengeance since the end of the Cold War.”

There are those who would like to believe that, in an “enlightened” age, narrow-minded populists and even outright authoritarians are a thing of the past, but sadly this is not the case. Often the popularity of such leaders stems not from their moral character but from the perception that they can “get the job done” and can lead a country with strength and purpose, especially in trying economic times and periods of warfare. However, as Financial Times writer Gideon Rachman points out, “The alarming truth is that the impact of strongman leaders is rarely confined within national borders. All too often, the undercurrent of violence that they introduce into domestic politics spills over on to the international stage” (“Donald Trump, Vladimir Putin and the lure of the strongman,” May 16, 2016). The willingness to accept such populist leaders often leads to the very problems, internally and internationally, that so-called “personalist” movements promise to resolve.

It is very interesting to note that many writers and experts like these predict that these trends will continue and that world turmoil and conflict is expected to rise dramatically “in the next 10-20 years” (Kendall-Taylor). What they do not address is that the matter goes beyond even the significant threats to U.S. foreign policy or international relations.

The Bible tells us that “personality cults” and “strongman leadership” are nothing new. When Jesus Christ's disciples asked Him who would be the "greatest" among them, He responded with this lesson: “And He said to them, ‘The kings of the Gentiles exercise lordship over them, and those who exercise authority over them are called “benefactors.” But not so among you; on the contrary, he who is greatest among you, let him be as the younger, and he who governs as he who serves. For who is greater, he who sits at the table, or he who serves? Is it not he who sits at the table? Yet I am among you as the One who serves’” (Luke 22:25–27). Jesus stressed a need for humility in those who would lead—a humility and willingness to serve that is quite contrary to human nature.

Yet the Bible also predicts a time when ten “kings” or heads of state would give their authority to a single, powerful ruler. This ruler was described by John in the Book of Revelation as “the Beast,” and we are told that he will be a powerful, dynamic figure who would try to bring the entire world under his dominion: “The ten horns which you saw are ten kings who have received no kingdom as yet, but they receive authority for one hour as kings with the beast. These are of one mind, and they will give their power and authority to the beast” (Revelation 17:12–­13).

Who will this “strongman” be who will seduce the world in the same way that strong, charismatic, and often corrupt leaders in Russia, China, the Middle East and elsewhere have done in their own “democratic” countries? And what does the Bible say will happen to him?

You can know the answers to these questions. Read “Global Utopia: An Impossible Dream?” and The Beast of Revelation: Myth, Metaphor or Soon-Coming Reality?