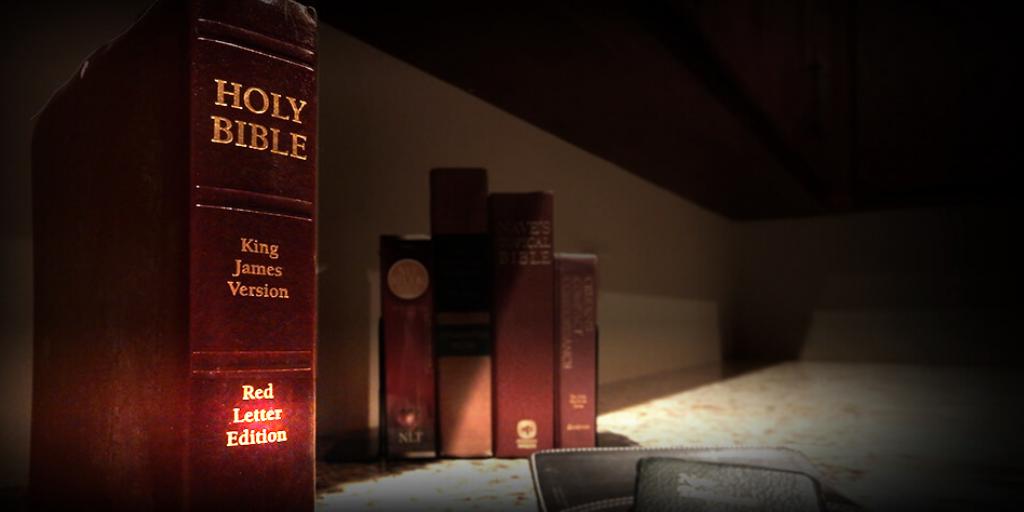 Red Words and Every Word

Many people have a “red letter” edition of the Bible, which prints in red ink the words spoken by Jesus. But even with Jesus’ words printed in red to draw attention to them, some seem to misunderstand the things Christ actually said and taught.

Some mistakenly think they only need the New Testament, alleging Christ did away with the Old Testament. What did Jesus say?

In Matthew 4 is the account of Jesus being “led up by the Spirit into the wilderness to be tempted by the devil” (v. 1). Jesus said: “It is written, ‘Man shall not live by bread alone, but by every word that proceeds from the mouth of God’” (v. 4). Christ was quoting from Deuteronomy 8:3 in the Old Testament. Jesus’ words—“the words in red”—instruct us to live by every word of God, in both the Old and New Testaments.

Some think Jesus came to do away with the laws given in the Old Testament. But notice two statements by Jesus: “Do not think that I came to destroy the Law or the Prophets. I did not come to destroy but to fulfill. For assuredly, I say to you, till heaven and earth pass away, one jot or one tittle will by no means pass from the law till all is fulfilled.” (Matthew 5:17–18). Any serious student of the Bible knows that all is not yet fulfilled.

The other statement Jesus made is: “Heaven and earth will pass away, but My words will by no means pass away” (Matthew 24:35).

Another mistaken idea some have is that all one has to do is believe, that there are no other requirements. But Jesus said, “But why do you call Me ‘Lord, Lord,’ and not do the things which I say?” (Luke 6:46) Christ continued by showing that one who does not do what He says brings destruction on himself (vv. 47–49).

Christ also said, “More than that, blessed are those who hear the word of God and keep it!” (Luke 11:28). We must keep, observe and do what God says.

Some think Jesus spoke in parables to help people understand. But Jesus’ own words clearly show why He spoke in parables. His disciples asked Him, “Why do You speak to them in parables?” (Matthew 13:10). Jesus answered, “Because it has been given to you to know the mysteries of the kingdom of heaven, but to them it has not been given… Therefore I speak to them in parables, because seeing they do not see, and hearing they do not hear, nor do they understand” (vv. 11–13). Jesus quoted Isaiah’s prophecy showing that people’s hearts, ears and eyes would not receive His words (vv. 14–15, quoted from Isaiah 6:9–10).

One subject that is timely for today is in Matthew 19:4–6. Jesus said, “Have you not read that He who made them at the beginning ‘made them male and female,’ and said, ‘For this reason a man shall leave his father and mother and be joined to his wife, and the two shall become one flesh’? So then, they are no longer two but one flesh. Therefore what God has joined together, let not man separate.” God made two sexes, and marriage is between a man and a woman. There is no confusion in the words of Jesus.

There are many other things that the Word of God makes plain if only mankind would read what Jesus actually said. The Tomorrow’s World has many programs and articles to aid you in your study of your Bible to see what Jesus said, both “words in red” and in “every word that proceeds from the mouth of God.”