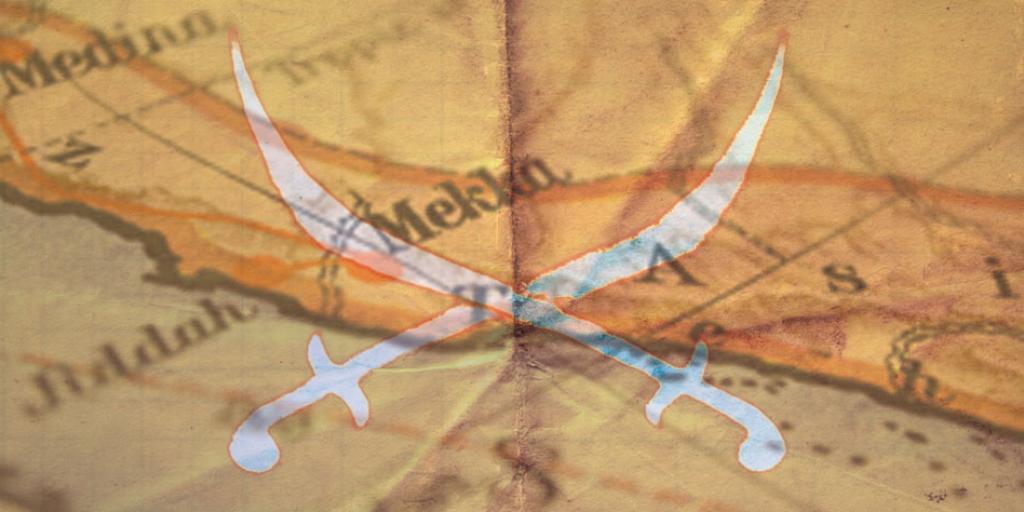 Is history the future? It has been said, “Those who fail to learn from history are doomed to repeat it.” But in a strange twist of history in our day, the radical Islamists of Islamic State, or ISIS, have learned their history quite well, and they want to repeat it. And they plan to force everyone else to repeat it as well. What history do they want to repeat?

The militants of the Islamic State want to take Islam back to the Dark Ages of history—and to forcibly reinstate that period in the Middle East…then in Europe and then…the world. And towards that end, they have announced the reestablishment of the Muslim Caliphate—and have begun military campaigns all across the Middle East. And they are also committing mass murders and beheadings and posting videos of these atrocities on the Internet. These events are front-page news all over the world today.

Islamic State sees this as a continuation of what Muhammad began back in the 7th century when Islam was first spread throughout the Middle East by military power and conquest. Later Caliphs invaded Western Europe and conquered Spain, Sicily, southern Italy and much of France, but they were stopped before they got to Paris. Many Americans do not know that the Muslim Caliphate tried to conquer Europe for about a thousand years. And they nearly succeeded at one point. The Europeans have not forgotten those horrible centuries of Islamist aggression and wars.

Here’s a news item: The government in Italy is on high alert, since ISIS has made threats to attack Rome. In modern times, Italy has not been affected by the terror attacks that have hit other European cities, but now there is real concern.

But did you know that Islamists have already attacked Rome? In fact, they did it three times—in 843ad, 846ad and 849ad. They actually were able to sack and loot the treasures of the old St. Peter’s Basilica in the year 846ad. And they occupied Sicily and much of southern Italy in those days. Now the Islamic State, which claims to be the revived Caliphate, threatens to attack Rome once again, and wants to…well, repeat history.

The Obama administration has asserted that ISIS is not an existential threat to the U.S. in the sense that Germany and Japan were in World War II. But radical Islam was certainly an existential threat to Catholic Europe for a millennium. That’s how long the Caliphate’s military campaigns lasted in Europe. A thousand years of wars—in Europe! And now, Islamic State has declared a revived Caliphate and they are very committed to…repeating history!

The U.S has guaranteed European security since World War II, first against the Fascists and later against the communist Soviet Union. If the Obama administration does not believe that Islamic State is an existential threat to the U.S.—while it is clearly such a threat to Europe—then, is the U.S. military acting in the Middle East as a proxy for the Europeans?

And if the Americans are unsuccessful in neutralizing ISIS, will the Europeans have to band together against this common enemy once again? Is a replay of history in the future for the Europeans? Bible prophecy says that a powerful Middle Eastern alliance will attack or “push” at the Europeans to the north as events spiral out of control at the end of this age. You need to know what Bible prophecy says about this “future history.” Please order our free booklet, The Middle East in Prophecy. It has eye-opening information about what God says will surely happen in the Middle East in coming years.