God's plan to save mankind. 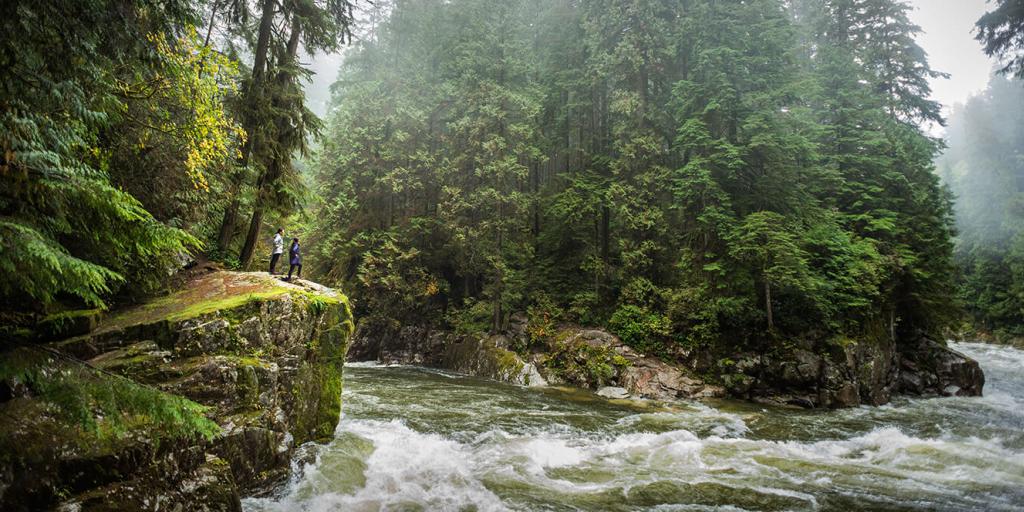 February 5, 2016, marked the 80th anniversary of the founding of the National Wildlife Federation (NWF). On that date eight decades ago in 1936, a diverse coalition of hunters, anglers, gardeners, and other outdoor enthusiasts met in Washington D.C. at the nation’s first North American Wildlife Conference, convened by President Franklin D. Roosevelt.

At the time, drought and the Great Depression were taking a heavy toll on the country’s natural resources, so delegates to the historic meeting united to form a new organization that would become a powerful voice for wildlife. “No one should conceive that the question of wildlife conservation is limited only to the interests of sportsman and bird lovers,” said NWF’s first president, Pulitzer Prize-winning political cartoonist J. N. “Ding” Darling, who saw wildlife as “a vital element in our existence” (“NWF Guardians of Abundance,” NWF.org, January 29, 2016).

Still true to that view, the NWF is working harder than ever to safeguard wildlife and wildlands for future generations.

Not long after it was formed, the NWF joined forces with a new state affiliate, the Mississippi Wildlife Federation, in a groundbreaking effort opposing a U. S. Government plan to create cropland by draining more than 200,000 acres of crucial waterfowl habitat in the Mississippi River Delta.

“Large agribusiness interests that would benefit most from the project accused us of loving ducks more than people,” recalls Gerald Barber, former president of the affiliate and long-time NWF board member. “But we knew that the ecological integrity of the region was at stake for both people and wildlife, and so we persevered” (ibid.).

Nearly 2,000 years ago, in what was also a groundbreaking effort, God created an organization to help save an endangered species. “For in those days there will be tribulation, such as has not been since the beginning of the creation which God created until this time, nor ever shall be. And unless the Lord had shortened those days, no flesh would be saved; but for the elect’s sake, whom He chose, He shortened the days” (Mark 13:19–20).

Yes, mankind is an endangered species, along with all life on earth.

That organization, the Church of God, founded by Jesus Christ Himself, has been given the responsibility to go into all the world to teach a Way of life that would prevent that catastrophic toll of death and destruction.

Opposition to God’s preservation organization is led by a very powerful being with a vested interest in ruling this earth. His opposition to that organization from its very beginning forced God’s Church to confine its efforts to small pockets and scattered areas around the world. But that organization has persevered. What God is teaching through this group is vital to save what would otherwise become an extinct species. Unless this call for reformation is heeded, God will have to send Jesus Christ to stop that ultimate eventuality that would end all life on the planet.

Finally, in 2008, after thousands of Federation members and supporters had voiced their opposition to the proposed pumps, U. S. Authorities vetoed the Mississippi River Delta drainage plan. Quoting Mark Wexler, editor-at-large, “For eight decades, the National Wildlife Federation and its affiliates have worked to protect wildlife and habitats in the United States and beyond—a mission rooted in the past, devoted to the future” (ibid.).

God will “veto” the plan Satan has to destroy all life on this earth. God’s preservation group has been called and trained to take this shattered and decimated earth and its people and teach them a better way of life. God has led His people to take the lead in drawing attention to the tragic effects mankind’s governments have brought on the earth and all its inhabitants.

For 200 decades God has worked to protect life and habitat throughout the world. God’s plan is for all generations—past, present, and future.

To learn what God will preserve for you, you can request your free copies of the booklets The World Ahead: What Will It Be Like? and Where Is God's True Church Today? or read them online.