Do you understand God's word? Do you want to? 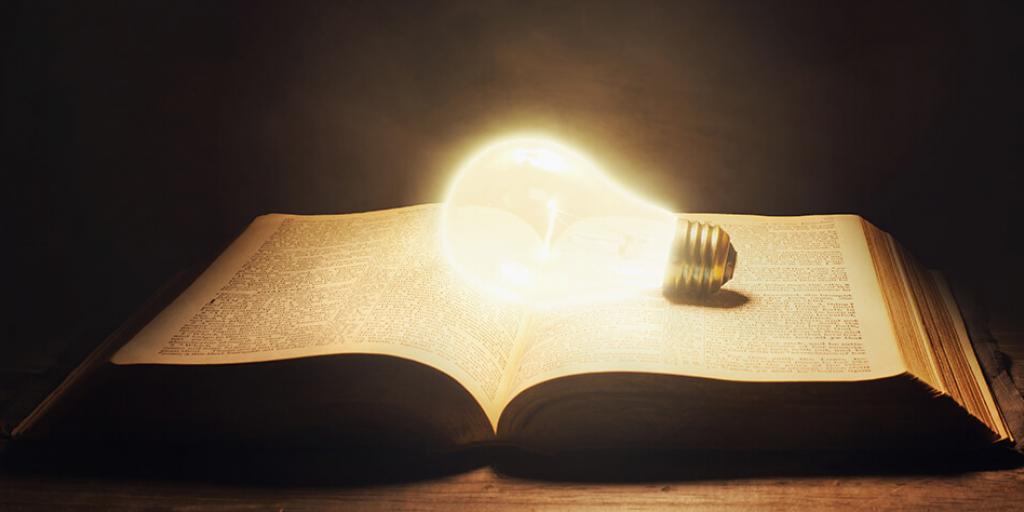 Have you ever had one of those moments where "the lights come on?" Maybe there is a source of true understanding that you just haven't found yet.

Many have experienced what is popularly called an “aha! moment” when we suddenly understand something for the first time.

An “aha! moment” can be simply defined as a moment of realization or comprehension when we suddenly “get it.” Some describe it as “getting the picture,” as analogous to jigsaw puzzle pieces finally coming together to portray the complete scene. Others say they had a “eureka moment,” which references the famous story of Archimedes, the celebrated scientist of Syracuse. Archimedes reputedly shouted “Eureka” (meaning, “I have found it”) when he suddenly understood a principle of fluid mechanics—known as Archimedes’ principle—while taking a bath.

We might also say, “the lightbulb came on and I realized….” A picture of a bright lightbulb over someone’s head is often used to depict getting an idea. We might say, “It suddenly dawned on me!” Dawn is when the light from the sun begins to appear in the sky, so it is an appropriate analogy for understanding. Some say they “had an epiphany,” a moment when they suddenly perceived or became conscious of something.

The Bible uses the illustration of “eyes being opened.” Adam and Eve’s eyes were opened when they ate of the tree of knowledge of good and evil. Various Bible characters had their eyes opened, such as Balaam (Numbers 22), and the servant of Elisha whose eyes were opened to see the angelic host available to defeat the army of the Syrians. Elisha asked God to blind the Syrian army, which he led inside the city of Samaria, the capital of the northern kingdom of Israel, Syria’s enemy. There, Elisha prayed for the eyes of the Syrian army to be opened, to see that they were surrounded! (2 Kings 6).

Jesus opened the eyes of the physically blind, healing their blindness (Matthew 9:27–30). Jesus called some to be His disciples, opening their eyes spiritually by removing the veil of blindness cast by Satan to deceive the whole world (Revelation 12:9).

Saul, who was renamed Paul, had his eyes opened in a very dramatic way as recorded in Acts 9. Paul recounted his “aha! moment” to King Agrippa, who was examining the accusations brought against Paul. Paul described being blinded for three days by the extremely bright light he had seen. After those three days were over, he was healed of that blindness, and his eyes were spiritually opened so he could be instructed about preaching to the Gentiles to turn them from darkness to light and from the power of Satan to God (Acts 26).

2 Corinthians 4:3–4 tells us: “But even if our gospel is veiled, it is veiled to those who are perishing, whose minds the god of this age has blinded, who do not believe, lest the light of the gospel of the glory of Christ, who is the image of God, should shine on them.”

But we can ask God to open our eyes, to remove that veil of blindness, to in essence give us an “aha! moment” to truly understand His true gospel and His plan and purpose. As stated in Psalm 119:18, “Open my eyes, that I may see wondrous things from Your law.” And Psalm 43:3, “Oh, send out Your light and Your truth! Let them lead me; let them bring me to Your holy hill and to Your tabernacle.”

The most valuable “aha! moment” we can ever have is to understand God’s truth for the very first time in our lives! It is a wonderful revelation to understand being “called out of darkness into His marvelous light” (1 Peter 2:9) and to have “the eyes of your understanding being enlightened” (Ephesians 1:18). Ask Him!

To help you in your study of God’s word, read our free booklets Do You Believe The True Gospel?, What Is A True Christian? and Satan’s Counterfeit Christianity.