“Same-sex marriage” is increasingly in the news these days. It seems that practically everyone is being asked to express their opinions. But how do they form those opinions? From what the majority say? From what politicians or activists tell them? Or from God’s inspired word—the Bible?

Today, most Americans, Canadians and Britons are so biblically illiterate that they can be persuaded to believe almost anything about what the Bible says—or does not say—or whether the Bible is even a reliable source for values.

Increasingly, our modern society is coming to resemble the ancient city of Sodom. What was the “majority opinion” in that debauched city? Read it for yourself in Genesis 19. When God’s servant, Lot, entertained two angels—who made themselves appear as men—his home was soon surrounded by “the men of Sodom, both old and young, all the people from every corner” (v. 4). The crowd insisted that Lot bring his male guests outside so they could rape them (v. 5)! They were obviously the “majority” in this particular city, but did that make their actions “right”? No!

My friends, the United States of America is one of several countries that is acting, more and more, as if the God of the Bible is not real! Millions of young couples are simply “living together”—without benefit of marriage. Other millions are pushing for the right to marry people of the same gender! Even the President of the U.S.—a nation that used to be called the “greatest Christian country in the world”—has gone on record as supporting marriage between two homosexual men or two homosexual women. And it seems that thousands of super-liberal media people are jumping on the bandwagon and rushing forward to add their endorsement.

Some liberal ministers try to explain away God’s word, insisting “the Bible isn’t clear” about the morality of homosexual unions. Others, however, agree with Billy Graham’s son Franklin, who said that Barack Obama “has shaken his fist at God” by supporting same-sex marriage! Whose opinion counts?

The whole problem goes back to people’s abysmal ignorance of the Bible—and their unwillingness to repent and to do what God clearly says in His inspired word! Jesus Christ stated plainly: “Have you not read that He who made them at the beginning ‘made them male and female,’ and said, ‘For this reason a man shall leave his father and mother and be joined to his wife, and the two shall become one flesh’? So then, they are no longer two but one flesh. Therefore what God has joined together, let not man separate” (Matthew 19:4–6).

Christ clearly stated that marriage is predicated on the fact that God made them “male and female,” and that it is God—not mankind and its laws—who joins a man and woman together as “one flesh” in marriage.

God inspired the Apostle Paul to write: “Do you not know that the unrighteous will not inherit the kingdom of God? Do not be deceived. Neither fornicators, nor idolaters, nor adulterers, nor homosexuals, nor sodomites, nor thieves, nor covetous, nor drunkards, nor revilers, nor extortioners will inherit the kingdom of God” (1 Corinthians 6:9–10). He also inspired Paul to warn against the foolish philosophers of his day: “For this reason God gave them up to vile passions. For even their women exchanged the natural use for what is against nature. Likewise also the men, leaving the natural use of the woman, burned in their lust for one another, men with men committing what is shameful, and receiving in themselves the penalty of their error which was due. And even as they did not like to retain God in their knowledge, God gave them over to a debased mind, to do those things which are not fitting” (Romans 1:26–28).

How clear! God’s inspired word describes homosexual passions as “vile”! Indeed, the Bible is consistent in showing that the Creator never intended men or women to indulge in homosexual behavior. Think! If everyone turned fully to this kind of behavior, before too long the human race would cease to exist! Who would want this to happen? Scripture explains that Satan the Devil is the “god of this age” who has “blinded” the vast majority of human beings from knowing the true God or His plan (2 Corinthians 4:3–4). The Bible also reveals that Satan is “the prince of the power of the air, the spirit who now works in the sons of disobedience” (Ephesians 2:1–2).

As I describe in the lead article in this issue (“How Satan Seduces YOU!” on page 4), Satan has convinced millions to revel in unbiblical practices that the Bible condemns. Using “Madison Avenue” techniques, he has been able to convince many that homosexual activity is “normal.” The lie is propounded that people are “born that way” and that this gives them the license—even the right—to practice behaviors that Scripture clearly labels as “vile.”

What does your Bible say? “No temptation has overtaken you except such as is common to man; but God is faithful, who will not allow you to be tempted beyond what you are able, but with the temptation will also make the way of escape, that you may be able to bear it” (1 Corinthians 10:13). Yes, those who feel they are inclined toward homosexuality can overcome that inclination! With the help of God’s Spirit, all things are possible (Matthew 19:26). Paul reminded the Corinthians that, after one has turned from the ways of the world, one becomes clean in God’s eyes (1 Corinthians 6:9–11)!

Think! Even if someone might feel that he or she has “homosexual tendencies,” those tendencies do not make it “right” to do what is wrong! What about “tendencies” toward alcoholism, obesity, anger—and so many other unhealthy traits? God assures us that those tendencies can be overcome! But increasing numbers of people do not want to hear that simple truth. Why? Jesus Christ said, “Men loved darkness rather than light, because their deeds are evil” (John 3:19).

Those who love darkness rather than light—who reject the true God of the Bible—are missing the spiritual foundation that should protect them from the “everything goes” lifestyle that Satan is trying to push on mankind. Fornication, drunkenness, drug abuse and more, all appeal to the “carnal” mind that prefers to reject God!
The Apostle Paul was inspired to instruct us: “For to be carnally minded is death, but to be spiritually minded is life and peace. Because the carnal mind is enmity against God; for it is not subject to the law of God, nor indeed can be” (Romans 8:6–7). The word “carnal” in the Bible simply means “fleshly”—the normal way and attitude of mankind apart from God, the human attitudes inspired by the flesh—often under the influence of Satan the devil.

No, the average, unconverted “fleshly” mind of man is “not subject” to the Ten Commandments—the law of God. The unconverted human mind is normally at “enmity” against God—as the above passage shows. People do not like the concept of a real God who commands them what to do and how to live their lives. Most people want to think of God as something “far off”—a “divine power” or “first cause”—a force that has no authority to tell them what to do. The carnal mind deeply resents the true God of the Bible, who has a great spiritual law that tells human beings how to love Him—and how to love mankind!

Each one of you reading this should think through carefully and honestly prove to yourself the existence of the real God of the Bible and of His inspired Word. I strongly encourage you to call us or write us to request your free copy of our booklet entitled, The Bible: Fact or Fiction? And also be sure to request the thorough explanation of the way of life the Creator laid out in the booklet entitled, The Ten Commandments. May God help you to be sure of these key issues. For your future happiness in this life and your eternity depend upon your being willing to obey the God who gives you life and breath. May God give you the courage to fear Him—to deeply respect Him above and beyond what people think. For it is His opinion that truly counts. 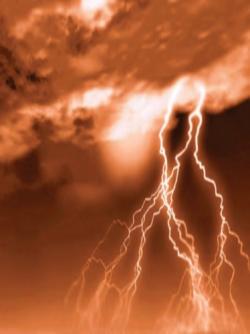 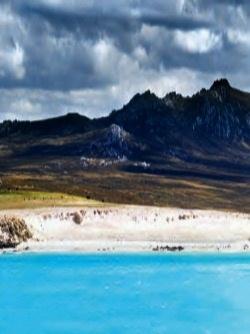 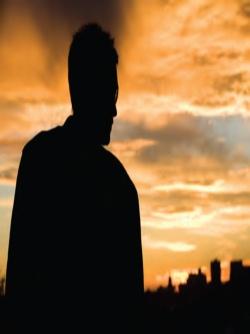