In less than an hour on Tuesday, April 20, 1999, twelve students and a teacher were dead, 23 others had been injured, and the shooters had killed themselves in the school library. The Columbine High School shooting came and went quickly, but the question, "What really happened at Columbine—and why?" has remained ever since.

Columbine High School students Eric Harris and Dylan Klebold had been in trouble with the law even before the Columbine school shootings. For breaking into a parked van in January 1998, they had been sentenced to a juvenile diversion program. Harris impressed program administrators, but boasted in his diary that he enjoyed faking emotions of regret and remorse. Investigative reporter Dave Cullen, one of the first to write extensively on the Columbine massacre, points out in his book Columbine that psychologists labeled Harris a textbook psychopath, able to mimic emotions but unable to feel genuine empathy for those around him. Klebold's profile pictures him as a depressed teen, who looked to Harris to fill a void in his life. 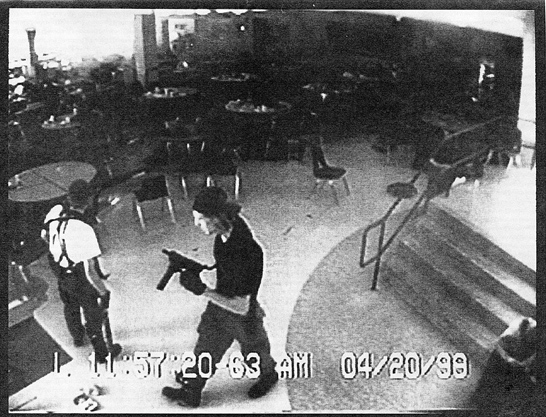 Cullen's information-filled book documents some surprising facts and dispels a number of common myths about the tragic Columbine murders:

• Harris and Klebold were never members of Columbine's "Trench Coat Mafia" and were neither bullies nor particularly bullied by classmates.

• The Columbine killers did not go bowling on the morning of the shootings (just one of the many factual errors promoted by filmmaker Michael Moore in his flawed movie Bowling for Columbine).

The Columbine murderers kept journals expressing the hope that their plan would take more lives than the 168 lost in the Oklahoma City bombing four years earlier (in which Timothy McVeigh destroyed the Alfred P. Murrah Building on April 19, 1995). Thankfully, they failed. Ten years later, Columbine is not even America's worst school shooting; 33 were slaughtered in the tragic Virginia Tech killings on April 16, 2007, and both of these massacres are dwarfed by the September 2004 Beslan school siege in the former Soviet Union, in which 380 died.

What causes such violence? We might expect the families of Columbine victims to turn inward, focusing on the tragedy of their personal loss. But notice these perceptive words from Brian Rohrbough, whose son Dan was killed in the Columbine shootings:

"This country is in a moral free-fall. For over two generations, the public school system has taught in a moral vacuum, expelling God from the school and from the government, replacing Him with evolution, where the strong kill the weak, without moral consequences and life has no inherent value. We teach there are no absolutes, no right or wrong. And I assure you the murder of innocent children is always wrong, including by abortion. Abortion has diminished the value of children."

Rohrbough is right. We live in a society that has diminished the value of children. Abortion of our littlest children has become commonplace. Children who survive the womb grow up in a world that is too-often bereft of true Christian values and true Christian love. Ten years ago, the Columbine story felt like a rare and troubling event. But as we approach the tenth anniversary of the shootings, such violence now seems almost routine, as we watch the sad pattern continue with this year's March 11 school shooting in Winnenden, Germany and the April 10 shooting in Dearborn, Michigan.

Shortly after the Columbine massacre, Tomorrow's World presenter Richard Ames offered a spiritual perspective on the horrible event. We must face the reality of the evil that can in time turn bright-eyed toddlers into psychopaths and depressives, and recognize that the ultimate remedy for such violence will not come through human efforts alone. Certainly, parents should do all they can to protect their children from the "seeds of violence" all around them. But it is not realistic to think that every parent can protect every child from every potentially bad influence.

Ultimately, the only solution is God's love. Parents, despite their own stresses, burdens and imperfections, can expose their children to the reality of God's love (please read "Youth Violence: What Difference Can Parents Make?"). The love of God can penetrate even the bitterest hate. It can bring peace and joy even to those feeling deep despair. A time is soon coming when God's Kingdom will be established on this earth, and the whole world will know that love. Yes, there is hope!