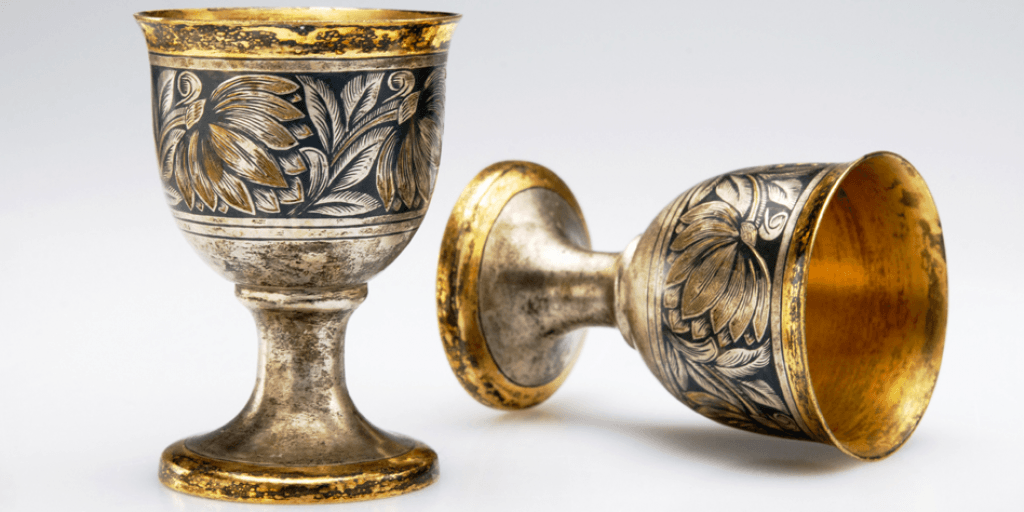 There is a persistent legend that holds a fascination for many people, especially those of a religious bent. Since the Middle Ages, some have sought a mysterious object, often resulting in armed conflicts with loss of life and property. This “quest” has been the subject of theatrical plays, adventure novels and even comedy routines. At this point, you may have surmised that the object of this legend is the religious relic known as the “Holy Grail,” or in some circles as the “Sacred Chalice.” This relic is thought to be the very cup used by Jesus Christ at the “Last Supper.” Another facet of the legend is that Joseph of Arimathea drained some of Christ’s blood into this cup at Christ’s internment.

The story provides fodder for many a theory about the importance of the object, for the existence of secret societies commissioned to care for it, and for endless speculation about whether it actually exists—and if so, its present whereabouts.

This fascination stems from the ancient pagan practice of the veneration of relics. Many such objects have been the subjects of intense interest, such as the “Shroud of Turin,” or slivers of wood said to be part of the cross upon which Jesus was crucified, and even a spear purported to be the one that pierced His side. Scientific analysis debunks these spurious claims, yet these beliefs persist.

While the mythical cup known as the Holy Grail is of no real concern to true Christians, the Bible does use the analogy of a “cup” in powerful ways in prophecies describing what God will bring to pass in the end times. It even describes a great false church that has a cup that is full of iniquity.

Revelation 17 describes a jeweled bedecked woman, arrayed in purple and scarlet, riding a beast “…having in her hand a golden cup full of abominations and the filthiness of her fornication” (v. 4). It goes on to call her “…THE MOTHER OF HARLOTS AND OF THE ABOMINATIONS OF THE EARTH” (v. 5).

Additionally, several prophecies mention another cup in the hand of God or His angels, who carry out His will. In Psalm 75:8 it states, “For in the hand of the Lord there is a cup, and the wine is red; it is fully mixed, and He pours it out; surely its dregs shall all the wicked of the earth drain and drink down.” Then Isaiah, speaking of God’s wrath, refers to “…The cup of His fury” and “…the dregs of the cup of trembling…” (Isaiah 51:17).In a prophecy for Israel and Judah, Ezekiel was inspired to write, “You will be filled with drunkenness and sorrow, the cup of horror and desolation…” (Ezekiel 23:33).

The Apostle John recorded his vision of the culmination of this age as God deals with Satan and those who have worshipped the beast and his image when he wrote, “…If anyone worships the beast and his image, and receives his mark on his forehead or on his hand, he himself shall also drink of the wine of the wrath of God, which is poured out full strength into the cup of His indignation…” (Revelation 14:9–10).

Those who accept the message of the Messiah, including repentance from sin, baptism and the laying on of hands to receive the Holy Spirit, need not fear this “cup of indignation,” since God will make a way of escape for them (Revelation 12:6, 14).

So, while some may be distracted by interest in relics, spurious miracles, legends steeped in paganism and worldly traditions, those who wish to please God will be practicing the Way of life described in the Bible.

There is another cup that is much to be desired described in Psalm 116:13: “I will take up the cup of salvation, and call upon the name of the Lord.” Order our free booklet entitled Satan’s Counterfeit Christianity; it will help you fill that cup. Also, our informative booklet The Ten Commandments is foundational in coming to an understanding of the Way referred to in the Bible.