The Six Days War—A Legacy and a Lesson | Tomorrow's World 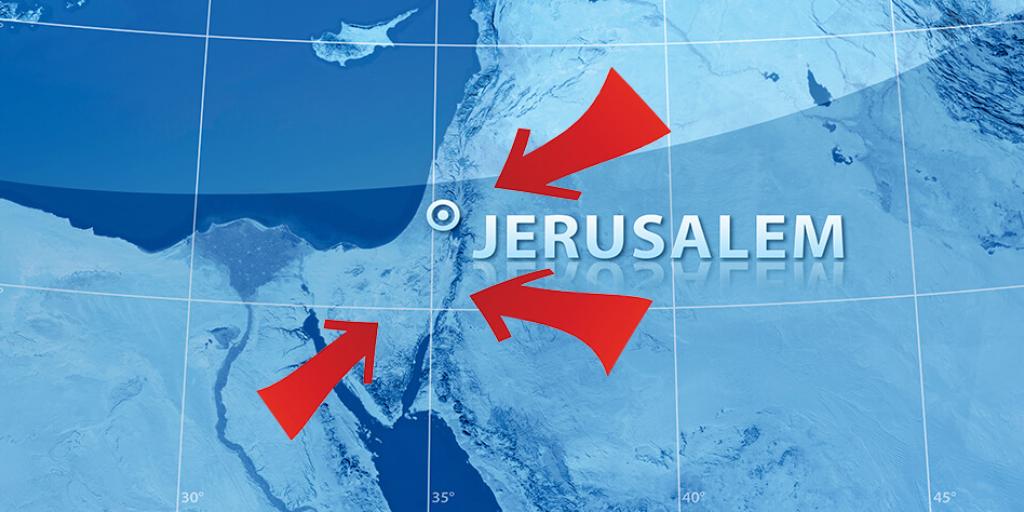 The Six Days War—A Legacy and a Lesson

“The Holy Land, with Jerusalem at its heart, is a place where the great tectonic plates of religion, culture and nationalism come together. The fault lines that run between them are never quiet and always dangerous. Ignoring the legacy of 1967 is not an option.”

So reads the closing paragraph of a recent BBC article about the Six Days War, the dire conflict between modern-day Israel and its Arab neighbors. It was a short war with a long legacy—one that has lasted to this very day.

BBC’s Middle East editor, Jeremy Bowen, reports about the events and political atmosphere leading up to the culmination of the Six Days War, and paints a picture familiar to modern historians. In the 1960's, the Middle East and the tiny nation of Israel still simmered from the aftermath of the 1956 Suez Canal Crisis. The continuing legacy of distrust and animosity between the Arab world (particularly Egypt, Syria and Jordan, who all shared a tenuous alliance) and the Jews who settled as a result of the Zionist movement and international diplomacy, was all but destined to embroil these countries in war once again.

The legacy of the war, as Bowen’s closing comments indicate, has been one of the most divisive issues of the past 50 years, regarding international relations and the growing troubles of the Middle East. And, the problem is not getting any closer to a resolution, though many famous statesmen have exhausted life and health striving to find one. Many talk of a “two-state” solution, the particulars of which—and the efforts to achieve it—never seem to hold for very long.

Far from ignoring the legacy of 1967’s events, much of the world seems quite preoccupied by it. Palestine and Israel are indeed consumed daily by it, and international powers and entire cultures still wrangle with questions of human rights, political maneuvering, the fate of Jerusalem, and the threat of ongoing violence and all out war.

But what lesson can we learn from that legacy?

One lesson—which modern onlookers sometimes note but fail to see the true biblical significance of—is that God guides the course of history. Against apparently overwhelming—if not impossible—odds, a country barely 20 years old repeatedly stymied the efforts of a host of enemies, without direct intervention from foreign powers. Isolated, exposed, with a tiny population by comparison, Israel’s engagements with Egypt and its allies often ended, if not in total victory, then at least with the humiliation of the Jews’ foes. In the Six Days War, it was both.

After a swift and overwhelming assault, Israel completely destroyed the Egyptian air forces and established complete air superiority. The war was over as quickly as it began, and the stunning success shocked everyone, including the Israelis themselves. Many saw this as a miraculous victory—but if so, it wasn’t likely because the small nation of Israel was greater or better in some way than “any other people” on earth; quite the opposite, today just as in ancient times (Deuteronomy 7:7). Anciently, God chose the descendants of Abraham to be a “chosen people” not because they were better, but because God said they were to be “My servant… a light to the Gentiles” (Isaiah 49:3–6). They were chosen to show the world a better way to live—not because they were better.

But what about today? Modern-day Jews are only one branch of the surviving descendants of ancient Israel—and God still has a future for them, according to His promises (Genesis 16:10; Isaiah 10:20–21, 11:10–12)—though they have forgotten His ways and must yet be sorely tested (Leviticus 26:27–28; Jeremiah 31). But to deliver on those promises—and to fulfill prophecy regarding end-time events—there still must be a remnant of Judah dwelling in Jerusalem.

God has preserved a people for His purpose, and it isn’t by their own strength alone that the Israelis prevailed in 1967, or at any other time.

But those “tectonic plates” of religion, nationalism, and culture are still shifting, and great events are still ahead for Israel and the Middle East. Would you like to know more?

Be sure to order The Middle East in Prophecy and The United States and Great Britain in Prophecy. And don’t forget to watch the eye-opening telecast, “Future Shocks.”