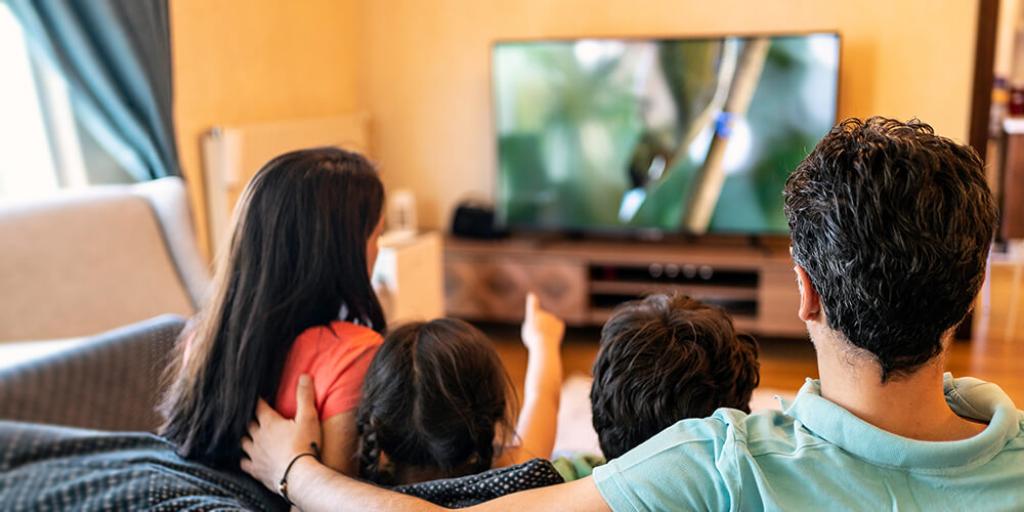 One of the most important principles that anyone aspiring to follow in the footsteps of Jesus Christ can apply is to think biblically about any given topic—to keep our brains turned on and “tuned in” to what the Bible has to say. And one very important area of life where this principle can be applied is in regards to entertainment.

In today’s world, this can be a special challenge, since entertainment is usually designed to help us stop thinking. When I consider some of the entertainment I enjoy, like fantasy football or the Marvel Cinematic Universe, I know that part of the reason I enjoy it is because it’s not mentally taxing—I can transport myself to a happy, fictional place where superheroes defeat villains, or to an alternate reality where I know who will score more touchdowns. There’s a danger in this, as you might expect: Even when we “stop thinking,” we are still taking in information.

Sometimes, wrong messages in movies or other entertainment are so blatant that they immediately trigger our mental filters. This happened to me when I went to watch the 2014 movie Noah—despite some biblical names and a flood, it quickly revealed that it was not aiming to stay true to any message of the Bible. Reviews had already made me concerned, but the first few minutes let me know that I wanted to have my mind on guard.

But what about entertainment that we like, of which we are not as prone to be critical? For example, Star Wars is my favorite film franchise—but can I just turn my brain off and mindlessly take it in? There were a few items I realized I needed to filter out of my mindset after being raised on Star Wars.

First, it sugarcoats war. Most PG or PG-13 movies do this—characters just scream and fall over when they die, and good guys can mow down legions of bad guys, rarely getting hurt themselves. As a result, I grew up thinking that even though war sounded bad, it was probably something I could survive. I was thankfully able to grow out of that mindset as I got a better idea of what war is really like. Needless to say, God never sugarcoats war, and He is looking forward to doing away with it entirely (Matthew 5:9; Isaiah 2:2–4).

Secondly, Star Wars usually makes its bad guys faceless; stormtroopers are just evil and deserve to be shot for their crimes against the galaxy. In some ways, it’s no different from stories that employ orcs or killer robots—enemies that neither give nor deserve mercy. But when we apply that thinking to human beings, it takes us to places in our history like the Holocaust and other instances of genocide. We have to keep in mind that every human being is created in God’s image and that God’s master plan includes resurrection for all who have died. When God resurrects Nazis (see Matthew 12:41), do we think we’ll just gun them back down? Or, are we called to learn how to help them repent of their evil deeds? Some of the Nazis were literally called stormtroopers—and, despite all their evil in this age, they were still human beings made in God’s image and will have their opportunity to repent.

One more lesson, though there are surely others: In Star Wars, the rebels are the good guys. The rebels are not the good guys in the Bible—they include Korah, Absalom, Nimrod, and Satan himself. A quick word study will show that the vast majority of biblical references to rebel, rebels, rebellion, and rebellious refer to the ancient Israelites’ attitudes and actions toward God and His ways! While there are times when we cannot obey men because of our greater responsibility to God (Acts 5:29), it’s clear that we should be trying to obey humanly constituted government as much as possible. David the son of Jesse is a great example of someone who stuck to this—he had every reason to rebel against King Saul, but he waited for God to handle the situation. It’s a big topic, but the main point is that the Bible tells us to try as hard as possible to be obedient, while Star Wars celebrates the mindset of rebellion.

And, for all that, I still like Star Wars—and Marvel, and fantasy football. But I try to remind myself to never turn off a biblical mindset. We have to make sure we use the Bible to filter the world and its entertainment, or the world will quickly start to influence us more than the Bible does. Don’t let the world slip in subtle messages through movies and other entertainment—keep your brain turned on.

Entertainment, news media, and a host of other influences strive to shape the way you think—and often not for your own good. Be sure to watch “Truth in the Age of Lies” for more information on how to strive against the many unbiblical and even anti-God ideas being pushed today. Also, be sure to order or read online the free study guide What Is a True Christian? You’ll be glad you did.