Even before young people reach sexual maturity, they are bombarded with images that equate "attractiveness" with "looking hot"—with sexual appeal and seductiveness.

"What makes you an attractive person?

Some would say it is your character—the values you uphold, and the way you interact with other people. But for many young people growing up today, the reality is far different. Even before young people reach sexual maturity, they are bombarded with images that equate "attractiveness" with "looking hot"—with sexual appeal and seductiveness.

The American Psychological Association has a term for this crass physical approach: sexualization. Sexualization is defined as a process in which people are sexually objectified (i.e. treated as a tool for another person's sexual satisfaction), such that a person's primary value is derived from his or her sexual appeal or seductive behavior, to the exclusion of other characteristics (APA Task Force Report on the Sexualization of Girls, American Psychological Association, 2007).

We are used to seeing politicians, athletes, actors and actresses caught up in public scandals that can be traced back to the misuse of sexuality. But the false values of sexualized society have also, at one time or another, seduced countless millions who live outside the public spotlight into making decisions that have ruined their lives and the lives of their loved ones. The problem is so pervasive that even innocent and healthy beginnings can become twisted to an unhealthy and dangerous end.

The first words of praise many infants will hear is, "What a beautiful baby!" This innocent encouragement—meant more for the parents than the unknowing child—is welcomed by all. Then, as a daughter grows into her toddler years, parents naturally want to encourage her, "My, you look so pretty!" Soon she is school age, and is surrounded by peers and playmates who take keen notice of each other's appearance. Compliments are given for "beauty"—and beauty is usually measured by physical appearance. It is not hard to understand why many young girls become preoccupied with their looks throughout their formative years.

The media reinforce this message. Notice how much of the "entertainment" for little girls today emphasizes physical appearance. From Disney princesses to Barbie dolls, it is no wonder that many girls internalize the idea that their self-worth is based on how they look. Even more troubling is the way shrewd marketers exploit this by promoting edgier—more sexualized—appearances as girls grow older. Think of the Bratz line of dolls, which feature pouty, long-eyelashed female characters wearing miniskirts, fishnet stockings and feather boas. When "tweens" (girls of ages 7–12) see such clothing on their dolls, they naturally want to emulate it in their own dress.

How pervasive is this trend? In their book Packaging Girlhood, authors Sharon Lamb and Lyn Mike Brown report: "In the little girl section, there is a bra and panty area that actually carries as small as size 4. The poster above the bras and panties shows two girls' faces. One girl looks about 10; the other about 7; both so small and thin that surely neither is wearing a bra yet. They are both wearing lipstick as if to say, 'Mommy, I'm more grown up than you think I am. Buy me a bra!'" (p. 28).

By their teenage years, most girls have been trained to believe deeply that physical attractiveness is essential. Yet how is that attractiveness defined? By the time a girl reaches her teens, most of the popular media influencing her is overtly sexual. Now, not only must she be physically appealing—society tells her that she must be sexually appealing. Add to this the desire for peer approval, and the easy availability of modern technology like camera phones and Web cameras, and we end up with trends like "sexting"—in which young people flirt with each other by sending sexually explicit pictures.

This is not just a problem in the United States. In England, a recent report on children's increased exposure to sexual imagery warned that "this 'drip-drip' exposure was distorting young people's perceptions of themselves, encouraging boys to become fixated on being macho and dominant, while girls in turn presented themselves as sexually available and permissive" ("Children 'over-exposed to sexual imagery,'" BBC News, February 26, 2010).

Combining the twin draws of sex and clothing, Polish teens known as "mall girls" trade sex with strangers for designer jeans, cell phones or other articles of status. This lifestyle is the subject of a movie released last fall that has shocked this predominantly Catholic country regarding how far morals have fallen in the 20 years after the fall of Communism ("Dark Film on Teenagers Echoes From Mall to Church," New York Times, March 4, 2010).

These and many similar examples reinforce the media's message that sex is power—and that young people are learning that they can use that power to get what they want. Sadly, only a few recognize the grave dangers of this approach.

You do not need a doctorate in psychology to realize that the desire to be accepted is a natural and normal human trait. Across generations and cultures, however, what vary are the criteria for acceptance. When a society values modesty and chastity—as did the U.S. for most of its history until recent times—the desire for acceptance will bring out the virtues of modesty and chastity in young people.

Now that embracing sexualization is one of the most effective ways to receive attention—and thereby social acceptance—more and more people pursue it with abandon. The problem, of course, is that sex in and of itself will ultimately leave a person feeling empty and disconnected from others. To understand what will bring true acceptance—and the role sex can play in that acceptance—we must look to the One who designed sex with a beautiful purpose in mind.

What is that purpose? God told the first couple to "be fruitful and multiply" (Genesis 1:28). Notice that He created them without clothing, "And they were both naked, the man and his wife, and were not ashamed" (Genesis 2:25). Talk about sexual openness! Yet this verse also shows the context for that openness, and for sex as God intended: they were man and wife—married.

God designed sex for the intimacy of a monogamous relationship. God's way places sex at the center of a committed relationship in which husband and wife become "one flesh," bonded to each other for life. This fulfills the human need for acceptance in a way modern sexualization never can.

As a young person, you have choices to make. You may face tremendous pressure to give in to the expectations of our sexualized society, but you do not have to! You can look beyond the physical! By living God's way you can experience fulfillment far beyond what our sexualized society can offer. Will you? 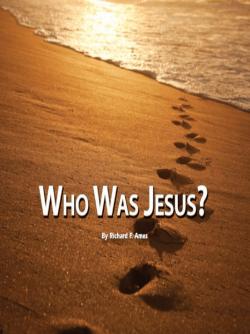 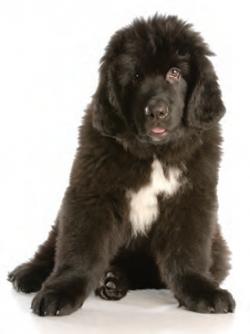 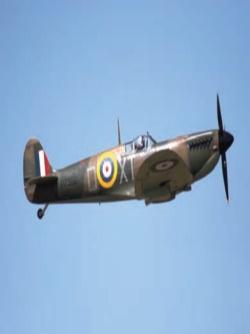