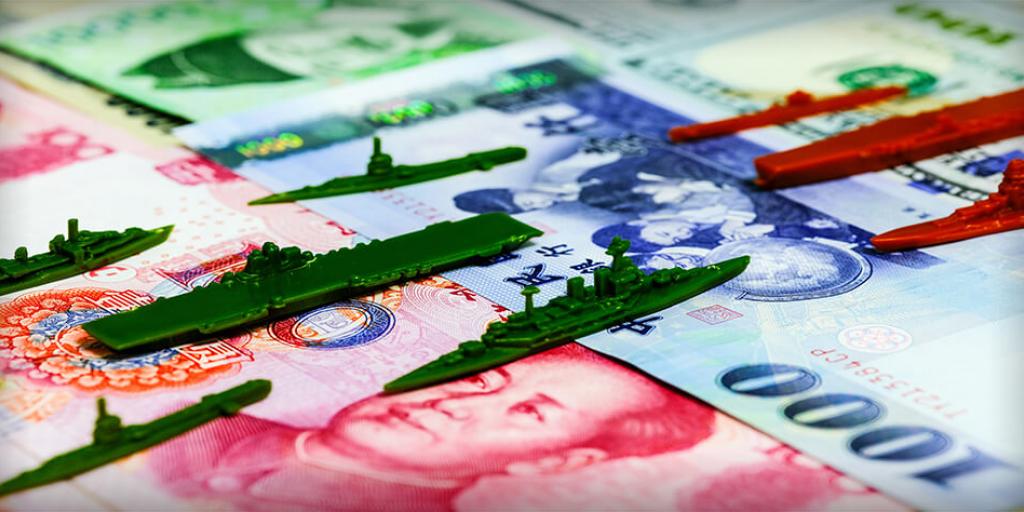 Trade War over Steel and Aluminum?

United States President Donald Trump recently proposed tariffs against steel and aluminum imports. This has raised the prospect of a “trade war” between the U.S. and nations who export steel and aluminum to American markets. What is a trade war? That’s when one nation imposes taxes on certain goods from another country, and—in retaliation—that country slaps punitive taxes on other goods from the offending nation. Tomorrow’s World writer Dexter Wakefield explains the concept thoroughly in his article “Trade War!” (May-June 2017). Will this happen now? If so, what could result?

As with any geopolitical situation, the issue is complex, with many reports and studies coming out, often leading to contradictory conclusions. Many members of Mr. Trump’s own party oppose steel and aluminum tariffs because of the prospect of a rise in overall prices of related products and a potentially negative overall impact on American jobs in the long run. On the other hand, President Trump is fulfilling a campaign promise to more aggressively fight on behalf of certain American domestic industries against trade practices that are perceived to be unfair. He also contends that a viable steel and aluminum industry is vital for national security in the event of war, which is certainly true.

So, what happens next? Though we can’t be sure, it seems most likely that the current uproar will not lead to an all-out trade war. Reuters reported on March 9 that allies of the United States are already lobbying for exemptions for their products. And the United States policy has been going down this “protectionist” path for quite some time already. According to the international law firm Gowling WLG, the United States “has made 1,085 more protectionist measures than liberalising ones since 2009” (BBC.com, January 23, 2018).

However, does this mean a trade war won’t happen in the future? We are told by Jesus Christ to expect wars and “rumors of wars” (Matthew 24:6). Could this include “trade wars”? Jesus also prophesied that relations between leading nations in the world will break down in the end-time, and dramatically so. While some will benefit economically for a time, at the end rivalries and lust for power will consume many, leading to world war (Revelation 17:15–18, 9:18). This will go hand in hand with a global economic collapse (Revelation 18).

What about the United States? Should our President impose higher tariffs on goods in order to defend American workers? Is that the solution to the problems of the many being left behind in the economic recovery? Perhaps a bigger view of the situation is in order. Frequent visitors to this website understand that here at Tomorrow’s World we believe—based on Scripture and history—that America is one of the modern nations that have descended from the ten “lost” tribes of Israel. Because of this, all Americans—and anyone who simply wants to understand what is going on—should take a hard look at what Moses recorded more than three millennia ago.

If you want an economic forecast for America’s competitiveness in the global economy, here it is:

We are in for an economic toboggan ride—and not a very pleasant one! How can we know with certainty? If you want to truly understand where we are going economically, take a look at the trajectory of our morals. Look at our dishonest practices and our worship of material things. In America, we flagrantly disregard the sanctity of the marriage covenant. We openly reject God’s rules for morality. We deny He even created us, and therefore contend that we have no responsibility to honor and obey Him. And even among those who believe in God, too many of us practice a “cheap grace” of “accepting Christ” while deciding for ourselves what our moral code will be.

When you look at the writing on the wall, an economic collapse is coming upon end-time Israel, which includes the United States and several other nations. And God made it clear why it would happen: “Moreover, all these curses shall come upon you and pursue and overtake you, until you are destroyed, because you did not obey the voice of the Lord your God, to keep His commandments and His statutes which He commanded you” (Deuteronomy 28:45). Will the pending tariffs on steel and aluminum damage or improve the U.S. economy? Are they merely one part of an elaborate negotiating ploy? Many things remain to be seen. But in the long run, unless we get our spiritual house in order, our economic one will collapse.