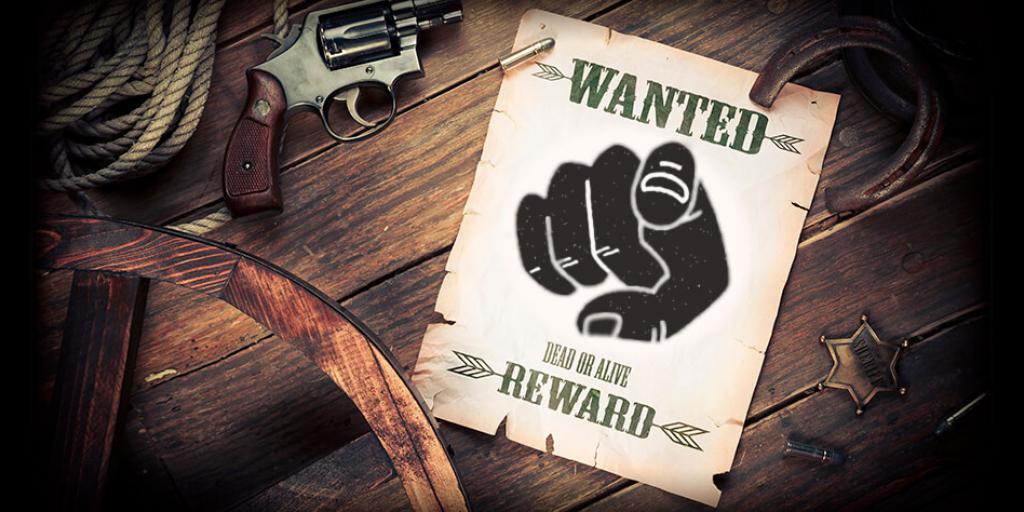 Anyone who has watched cowboy movies set in the old American West is familiar with the “Wanted—Dead or Alive” poster, showing the outlaw’s picture and a healthy bounty for his capture—or for his killing. The awful crime could have been anything from robbery to murder. The poster conveyed the notion that the criminal was such a confirmed threat to decency and safety of society that his removal by any means was warranted.

Sometimes, authorities would even round up a posse and relentlessly pursue such an outlaw. One proverb states that “the way of the transgressor is hard” (Proverbs 13:15, KJV). Life was not easy for the wanted man.

Few of us would consider ourselves such outlaws that we could imagine deserving a “Wanted” poster with our own face on it. Who among us has robbed a bank, or held up a stagecoach, or shot a man in a duel? Surely, for the vast majority of us, our misdemeanors are far too ordinary and mundane to turn us into wanted outlaws.

The truth, however, is that each of us, you and I individually, before God have been outlaws and murderers. We have broken God’s law, His Ten Commandments, and have been responsible for the death of His Son, Jesus Christ. Jesus Christ, as our personal Savior, would have died for any single one of us alone. The breaking of God’s Law is sin (1 John 3:4) and our sins have brought a sentence of death on each of us.

But there is hope of a better fate for us than that of the outlaws of the “Old West.” They were either jailed or executed. Paul stated in Romans 6:23 that though “the wages of sin is death… the gift of God is eternal life in Christ Jesus our Lord.”

Despite our past deeds, God offers us a better choice than imprisonment or execution.  Instead of pursuing us with a posse seeking vengeance, He offers us a program of rehabilitation. It begins with a kind of “execution”—the death of our “old self” through baptism after we repent of our sins. But after we are baptized, “begotten” as disciples of Christ, we are given a program of rehabilitation meant to change our entire way of life. We are to become outwardly focused rather than to continually be too concerned about ourselves. That is a much better way of life. Jesus said, “It is more blessed to give than to receive” (Acts 20:35) and His purpose in coming was “that they may have life, and that they may have it more abundantly” (John 10:10).

That more abundant life is not limited to those who have submitted to God in this age, but will eventually be open to all who have ever lived but now rest in death. Paul in charging the evangelist Timothy to preach the word, stated in 2 Timothy 4:1, “the Lord Jesus Christ… will judge the living and the dead at His appearing and His kingdom.”

At his second coming, Jesus Christ will evaluate those who have firmly turned to His ways. Those who have died in Christ will be resurrected. Then, after Jesus’ thousand-year Millennial reign, those who have never had an opportunity to know the real God of the Bible will be judged or evaluated within the span of His Kingdom (Revelation 20:4-5). Those who have died apart from Christ will be resurrected to live again during a period of which Jesus spoke known as the Last Great Day (see John 7:33-40). At that time they will have an opportunity to truly learn God’s laws and to change from old habits and ways.

No one needs to feel like a fugitive or outlaw. God wants us who are alive now, as well as those who are now dead and waiting to be resurrected in the future, to be able to take hold of His great plan and purpose for all mankind. To learn more about your future, write for our booklets,  Do You Believe the True Gospel?  and  Is This the Only Day of Salvation? or read them online. Also, don't forget to watch the sobering telecast, "Perish... the Thought."