Who Do You Imitate? | Tomorrow's World 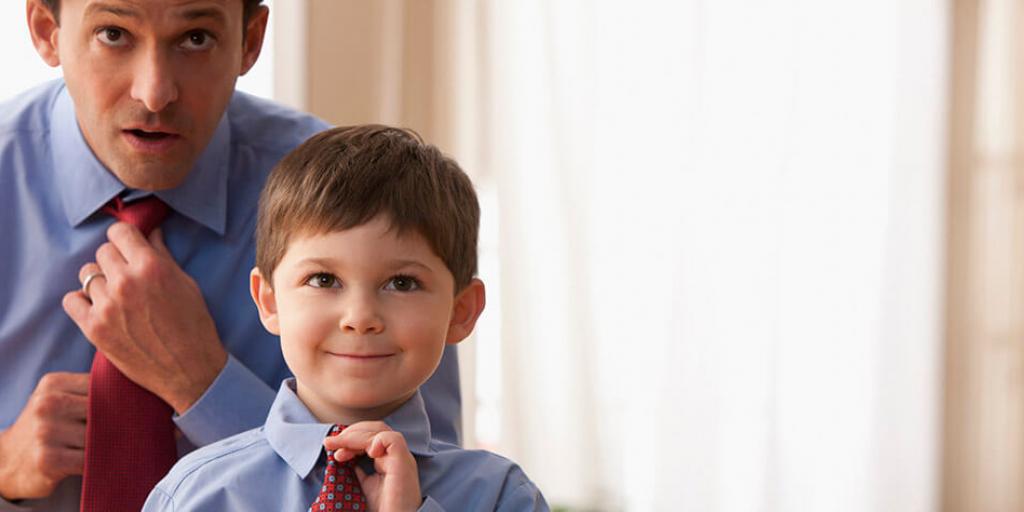 Who Do You Imitate?

One way we learn is by imitating someone. Children, especially, are imitators. But adults also learn by imitating others, particularly those they admire. Who do you imitate?

I once watched with delight and amusement as my then-two-and-a-half-year-old grandson traipsed up and down and back and forth across the lawn with his toy lawnmower. Every few minutes he would stop and watch his father, who was mowing the grass thirty feet away. As my son moved the mower back and forth in some tight corners, my grandson would imitate his movements. One movement that was particularly funny was my grandson pretending to start his lawnmower. He made a quick, jerking motion as if pulling a pull start (also called manual or zip start) like his father’s mower has.

Social scientists, psychologists, and other scientists have studied the role of imitation in both humans and animals. Young children observe and imitate as a very important part of their development. Developmental psychologists describe this as forming mental representations of behavior as the child learns to associate behavior and actions.

Children learn to push buttons and turn knobs and scold the dog just like their parents. One of the first complete sentences my grandson said was, “Bad dog!” He also learned that the remote control turned the television on, and became quite frightened to learn that pushing the wrong button made the television screen go blank and hiss at him.

Long before they are capable of speaking their first word, children are learning to talk. They hear the various sounds of language, as well as its “lilt,” from their parents and others. They begin babbling to imitate.

From the beginning, children learn and imitate both the positive and the negative. Funny stories (or maybe not so funny) are sometimes told about children who repeat a vulgar or impolite word they have innocently heard someone say! Because they learn by imitation, children may learn to be respectful, caring, and honest—but they may also learn to be disrespectful, uncaring, and dishonest. Many other good and bad traits may be imitated.

Children can imitate, in a simple physical manner, the spiritual virtues known as “the fruits of the spirit”—such as love, patience, gentleness, and faith. Of course, they can also imitate works of the flesh such as hatred, wrath, strife, and envy.

Adults, whether parents, grandparents, or simply friends and neighbors of young children, need to consider our example—our “modeling”—of the right kind of behavior. Those who profess to be followers of Jesus Christ should follow His example and imitate Him. “For to this you were called, because Christ also suffered for us, leaving us an example, that you should follow His steps” (1 Peter 2:21).

The Apostle Peter urged elders to be “examples to the flock” (1 Peter 5:3). The Apostle Paul exhorted the Christians in Corinth: “Imitate me, just as I also imitate Christ” (1 Corinthians 11:1). He urged the Hebrews to “imitate those who through faith and patience inherit the promises” (Hebrews 6:12). He urged the Philippians: “Brethren, join in following my example, and note those who so walk as you have us for a pattern” (Philippians 3:17).

Paul encouraged the young evangelist Timothy to “be an example to the believers in word, in conduct, in love, in spirit, in faith, in purity” (1 Timothy 4:12). He urged Christians to set a right example, praising the Thessalonians who “became examples to all in Macedonia and Achaia who believe” (1 Thessalonians 1:7).

Imitation is good, but we must be careful to imitate only what is good. The Apostle John urged Christians not to imitate wrong things, urging that they “do not imitate what is evil, but what is good. He who does good is of God, but he who does evil has not seen God” (3 John 1:11).