Your Cities Are Burned With Fire | Tomorrow's World 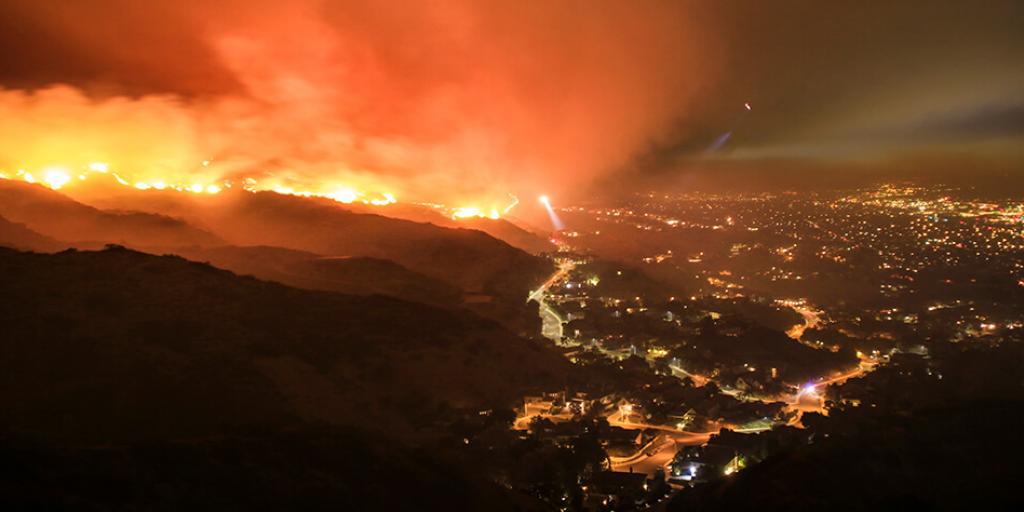 Your Cities Are Burned With Fire

Many have watched recent news reports of the raging fires destroying communities in California. The number of lives lost, acres burned, homes destroyed, and missing persons climbs day by day. Throughout history, including Biblical history, fire has consumed many cities.

2018 has been a particularly destructive year for fires in California, following several years of record-breaking drought. The extremely dry conditions, coupled with strong Santa Ana winds, are the perfect ingredients for uncontrollable wildfires.

Fire is used in the Bible as a symbol of judgment, punishment, and destruction of evil (2 Thessalonians 1:5–10; Revelation 20:14). As an example, many are familiar with the judgment and destruction of Sodom and Gomorrah for the sins of the inhabitants. The Lord revealed to Abraham that the sin of Sodom and Gomorrah was very grievous (Genesis 18:20). The very few righteous in the city—Lot, his wife, and their two daughters—were removed before the cities’ destruction by fire and brimstone raining from the sky (Genesis 19:20–24).

When the children of Israel entered the Promised Land, they conquered and burned Jericho (Joshua 6:24). The Lord commanded Israel to burn some conquered cities with fire (Joshua 8:8; Numbers 31:10).

When Israel and Judah sinned (after Israel divided into two kingdoms after the death of Solomon), Jerusalem was burned with fire (2 Kings 25:9). Isaiah 29 speaks of the destruction of Jerusalem as being punished by the Lord with “… tempest and the flame of devouring fire” (v. 6). The prophet Jeremiah prophesied that the king of Babylon would burn Jerusalem (Jeremiah 21:10). God further said He would “… punish you according to the fruit of your doings…” and “…kindle a fire in its forest, and it shall devour all things around it” (v. 14). Nebuchadnezzar, king of Babylon, destroyed Jerusalem, burning the temple in 587–586bc.

The prophet Ezekiel warns the modern day nations of Israel: “They shall burn your houses with fire” (Ezekiel 16:41); “They will go out from one fire, but another fire shall devour them” (Ezekiel 15:7); “Behold, I will kindle a fire in you, and it shall devour every green tree and every dry tree in you; the blazing flame shall not be quenched, and all faces from the south to the north shall be scorched by it” (Ezekiel 20:47).

Isaiah declares, “For behold, the Lord will come with fire and with His chariots, like a whirlwind, to render His anger with fury, and His rebuke with flames of fire. For by fire and by His sword the Lord will judge all flesh; and the slain of the Lord shall be many” (Isaiah 66:15–16).

We have seen the devastation and destruction of the fires in California. Fire is a destroyer, and is also a tool God has used again and again to punish and to destroy works of wickedness. Fire even symbolizes God Himself, Who is said to be a consuming fire (Deuteronomy 4:24; Hebrews 12:29).

The Apostle Peter warns, “… be mindful of the words which were spoken before by the holy prophets, and of the commandment of us, the apostles… the heavens and the earth which are now preserved by the same word, are reserved for fire until the day of judgment and perdition of ungodly men” (2 Peter 3:1–7). Peter concludes we should be diligent to be found “without spot and blameless” (v. 14).

With that warning in mind, be sure to read our free booklets, Restoring Original Christianity and What Is A True Christian? Let us be found “without spot and blameless.”